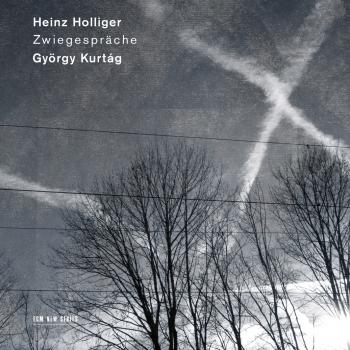 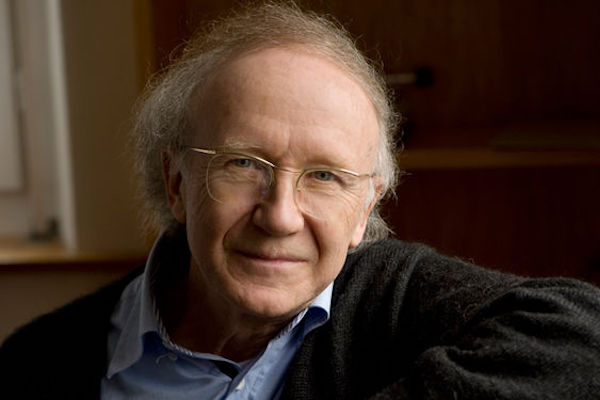 Heinz Holliger
has long been recognized as the world’s leading oboist, with countless works written for him, by composers including Luciano Berio, Elliott Carter, Olivier Messiaen and Karlheinz Stockhausen, as well as György Kurtág. His legacy of recordings is also prodigious, and includes a number of previous ECM albums, in which he ranges from Bach to music of the present day. ECM has also been at the forefront in presenting his work as a composer, notably with award-winning recordings of his extraordinary opera on Robert Walser’s Schneewittchen and of his Scardanelli-Zyklus, after Hölderlin.
Holliger was born in the small town of Langenthal, in the Swiss canton of Bern. He studied at the conservatory in Bern and also had composition lessons from Sándor Veress and Pierre Boulez. Called upon around the world for his virtuosity as an oboist, he has remained clear in his wider definition of himself, as also a conductor (having, again, some remarkable recordings to his name) and, most importantly, a composer. It is his complete and intense musical personality that has gained him the highest honours, including last year the German order “Pour le mérite”. In celebrating Holliger at a milestone birthday, these “Dialogues” also continue ECM’s extensive series devoted to the work of György Kurtág, widel