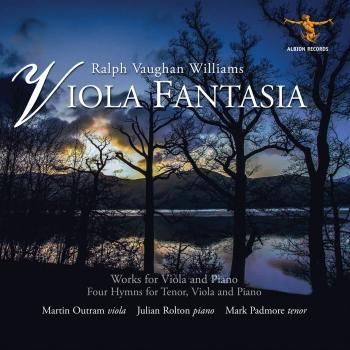 Martin Outram
Since studying at Cambridge University and the Royal Academy of Music with John White, Martin Outram has enjoyed a wide ranging career as quartet player, soloist and teacher.
He is a member of the internationally renowned Maggini Quartet. He has recorded over fifty discs with the Quartet and other chamber music ensembles and has been the recipient of the Gramophone Award, the Diapason d'Or, a Cannes Classical Award, three Grammy nominations and the Royal Philharmonic Society Award for chamber music.
In addition to his work with the Maggini Quartet, Martin appears widely as a soloist. His repertoire embraces the major works for viola and several works have been written for him, including concertos by Adam Gorb, David Gow and Peter Aviss. Since making his Royal Festival Hall concerto debut with the London Mozart Players, Martin has appeared as a soloist in Russia, Argentina, Brazil and Europe. Recent highly acclaimed UK performances include the Bartok Concerto and the Mozart Sinfonia Concertante with Julian Leaper and another highlight was his world premiere performance of Stuart MacRae's 'Equilibrium' for solo viola and chamber ensemble.
Martin performs in recital with Julian Rolton. Together they have performed throughout the UK and have recorded several discs for the Naxos and Nimbus labels. Their performances have included recitals at many international viola congresses. Their recordings of all the music for viola and piano by Bax attracted a five-star review in the BBC Music Magazine and their discs of English Viola Sonatas, all the viola music of Britten and Bridge, a CD featuring works associated with the eminent Scottish violist Watson Forbes and their recent release entitled 'The Stanford Legacy' have also received similar outstanding praise internationally.
Martin Outram is a Fellow of the Royal Academy of Music, where he has been a professor since 1984. He has given masterclasses in major music institutions in Britain, Austria, China, France, Sweden, Norway, Poland and America, and gives annual masterclasses in Leipzig. Martin has served on the jury for the Lionel Tertis International Viola Competition and, more recently, the Markneukirchen International Viola Competition. He plays on a very fine viola made by Henricus Catenar in Turin in 1680.