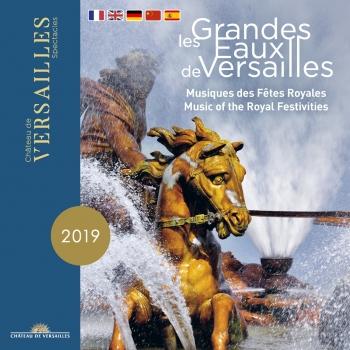 The Collegium 1704 and Collegium Vocale 1704 ensembles
were founded by the harpsichordist and conductor Václav Luks in 2005 on the occasion of the Bach–Prague–2005 project, marking the beginning of residential collaboration with the Prague Spring International Music Festival. Since 2007, after their huge success with Zelenka's Missa votiva in France, Collegium 1704 has been regular guest at festivals around Europe – besides performing the fundamental pieces of baroque repertoir, promoting work of Czech masters like Jan Dismas Zelenka and Josef Mysliveček.
In 2008, they began the Prague-Dresden Musical Bridge concert series, which continues the rich cultural traditions of the two cities. Collaboration with the renowned soloists Magdalena Kožená, Vivica Genaux, and Bejun Mehta naturally led, in 2012, to a second concert series, called Collegium 1704 in the Rudolfinum (formerly Baroque Opera Stars), held at the Rudolfinum – Dvořák Hall in Prague. Since autumn 2015, the two concert series merged into one Season held in Prague and Dresden.
Following international successes with opera performance of Handel’s Rinaldo (directed by Louise Moaty) in 2009, the year of 2013 was devoted to rediscovery of the Czech composer Josef Mysliveček. His opera l’Olimpiade (directed by Ursel Herrmann) was presented by Collegium 1704 in Prague, Caen, Dijon, Luxembourg, Theater an der Wien and nominated for The International Opera Awards.
Recent and upcoming concert appearances include the 2015 Salzburger Festspiele (also 2016), Berliner Philharmonie, Theater an der Wien, Konzerthaus Wien, Concertgebouw Amsterdam, Wigmore Hall, Versailles, Lucerner Festival, Chopin Festival and as residential ensemble at the prestigious Oude Muziek Utrecht and Bachfest Leipzig.
Radio and television stations throughout Europe broadcast many Collegium 1704 concerts live and recorded.
In 2014, Collegium 1704 and Vaclav Luks collaborated with Bejun Mehta on a DVD project of Gluck's opera Orfeo ed Euridice and a BBC Two documentary “Mozart in Prague”, starred by Ronaldo Villazon. Its recordings on the Accent, Zig-Zag Territoires and Supraphon labels are continuously acclaimed by the general public and music critics alike (including Diapason d'Or, Coup de Coeur by TV Mezzo, nomination for The Gramophone Awards by Gramophone Magazine etc.). In September 2013, the long-awaited Collegium 1704 recording of J. S. Bach's Mass in B minor was issued. Their most recent project is the world premiere recording of Missa Divi Xaverii and Litaniae de Sancto Xaverio by J. D. Zelenka, which earned a Diapason d'Or 2016 and was selected as an Editor's Choice by Gramophone Magazine.
…and why 1704?
1704 is a symbolic year of Jan Dismas Zelenka, our armorial composer. In August 1704 the church of St. Nicholas in Prague witnessed the magnificent performance of Zelenka’s Jesuit allegory play – Via Laureata. As we don't know anything about Zelenka's previous life, this event signifies the arrival of some of the most remarkable personalities of the 18th century music of the European music scene.
Václav Luks
began his studies at the Pilsen Conservatory and at the Academy of Performing Arts in Prague (French horn, harpsichord). He then continued his studies with specialized research on early music at the Schola Cantorum Basiliensis in Basil, Switzerland in the studios of J.–A. Bötticher and J. B. Christensen in the field of period keyboard instruments and historical performance practice.
During his studies in Basel and in the years that followed, he gave concerts all over Europe and overseas (USA, Mexico, Japan) as the horn soloist of the Akademie für Alte Musik Berlin. After returning from abroad in 2005, he transformed Collegium 1704 from a chamber music ensemble that had already existed when he was a conservatory student (since 1991) into a Baroque orchestra, and he founded Collegium Vocale 1704. The immediate impetus for their founding was a project initiated by Václav Luks titled Bach – Prague – 2005 presenting the major vocal works by J. S. Bach. Thisproject marks the beginning of residential collaboration with the Prague Spring International Music Festival.
With Václav Luks, Collegium 1704 has quickly established itself among the world’s elite ensembles devoted to performing the music of the 17th and 18th centuries, and with his international artistic activities, Luks has played a significant part in the renaissance of the music of the Bohemian composers Jan Dismas Zelenka and Josef Mysliveček.
In 2008, he founded the successful concert series Music Bridge Prague – Dresden. Since the autumn of 2012, we have been able to encounter Václav Luks regularly at Prague’s Rudolfinum, where he is realizing a concert series with Collegium 1704 that focuses on the art of singing in the 17th and 18th centuries. Since autumn 2015, the two concert series were merged into one Season held in Prague and Dresden.
Recent and upcoming concert appearances of Václav Luks with his ensembles include the 2015 Salzburger Festspiele (also 2016), Berliner Philharmonie, Theater an der Wien, Konzerthaus Wien, Concertgebouw Amsterdam, Wigmore Hall, Versailles, Lucerner Festival, Chopin Festival and prestigious residences at the Utrecht Early Music Festival and Bachfest Leipzig.
Besides working intensively with Collegium 1704, he also collaborates with other renowned ensembles, such as La Cetra​ ​​​Barockorchester Basel​,​ Dresdner Kammerchor​ or the Nederlandse Bachvereniging. Václav Luks has made both orchestral and solo recordings for the ACCENT, Supraphon, and Zig-Zag Territoires labels, and he has been invited to sit on juries of international competitions (Johann Heinrich Schmelzer Wettbewerb Melk, Prague Spring International Music Competition, Bach-Wettbewerb Leipzig).