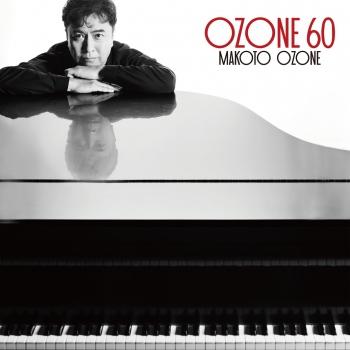 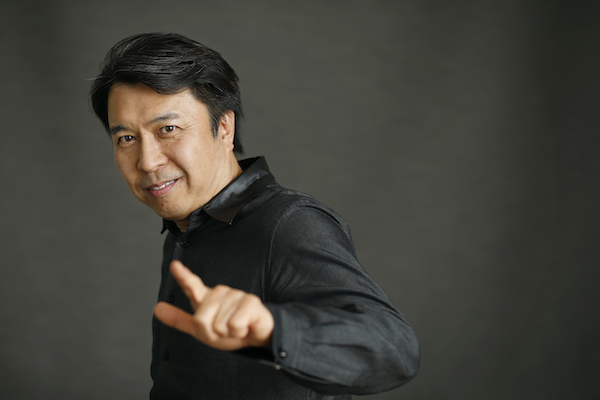 Makoto Ozone
is a unique force in both jazz and classical music, blending sound worlds and a host of influences into his performances. Born in Kobe, Japan, he was self-taught in jazz, under his father’s guidance, first on the organ, then piano. He first came to public attention when he gave his solo recital at the Carnegie Hall in 1983, following his graduation from Berklee College of Music. Ozone then became the first Japanese artist to sign an exclusive contract with CBS and released his first album, Ozone, a year after his Carnegie debut.
His stellar career in jazz, which earned him a Grammy nomination in 2003, has brought him regularly to the forefront of the international jazz scene, recording and touring with musicians such as Gary Burton, Chick Corea, Paquito D'Rivera, Anna Maria Jopek, Branford Marsalis, and others. In 2004, he formed his own big band in Japan, "No Name Horses" which has regularly toured to Europe, North America and Asia since its creation. In more recent years, Ozone has expanded into classical repertoire, alongside his jazz engagements. Having first performed Gershwin Rhapsody in Blue in 1996, he now performs concertos by Mozart, Bernstein, Prokofiev, Shostakovich and Rachmaninov with major orchestras. Alongside his performing schedule, Ozone composes music, with over 300 pieces to his name, many for ‘No Name Horses’, as well as a symphony and piano concerto.
In 2014, Alan Gilbert and the New York Philharmonic invited Ozone to join their Asian tour. Following this, he performed with the orchestra at the Lincoln Center, New York, in 2014 and again in 2017, from which a recording ‘Beyond Borders’ with performances of Gershwin Rhapsody in Blue and Bernstein The Age of Anxiety was released. He has collaborated with a prestigious list of conductors including François-Xavier Roth, Marin Alsop, Alan Gilbert, Carlos Miguel Prieto, Lahav Shani, Thomas Zehetmair and Charles Dutoit and orchestras including San Francisco Symphony, Sao Paulo Symphony, NDR Radiophilharmonie, Stuttgarter Philharmoniker, as well as many orchestras in Japan, such as the NHK Symphony Orchestra, Tokyo Metropolitan Orchestra and Sapporo Symphony.
Recent highlights include Ozone’s debut with the Orchestre Philharmonique de Radio France / Lahav Shani, Detroit Symphony Orchestra / Leonard Slatkin and Hiroshima Symphony Orchestra / Christian Arming. This season, Ozone will perform with the Royal Scottish National Orchestra both in Japan and Scotland.
Makoto Ozone has an extensive discography, releasing over 30 albums under his name and as a composer in solo, duo and trio settings, as well as performing as a collaborator on many others. His many awards include the Kinokuniya Theatre Award (2000), Kobe City Culture Award (2005), Fumio Nanri Prize (2007), Hyogo Prefecture Culture Award (2009), Art Encouragement of Education, Culture, Sports, Science Minister's Prize (2014). In 2018, Ozone received the Medal of Honour with Purple Ribbon by the Government of Japan. This is Japan’s highest award to individuals who have made significant contributions to the nation’s academic or cultural life.