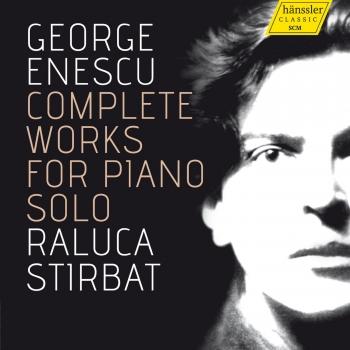 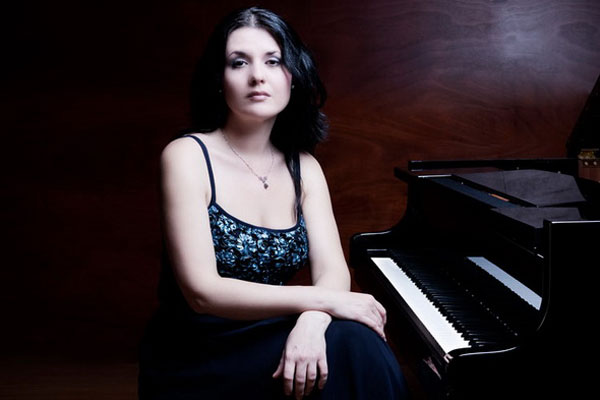 Raluca Stirbat
The young pianist Raluca Stirbat was born in the north-eastern Romanian city of Iaşi and today ranks not only among the most eminent representatives of the young Romanian piano generation, but can already look back on major international successes. With her brilliant technique and an exceptionally rich palette of tone colours, which she can combine in masterly manner, she has acquired high artistic significance. Raluca Stirbat terms the core of her interpretations the elaboration of the dramaturgic structure hidden in the work. Endowed with great temperament, exceptional assuredness of style and technical bravour, she performs interpretations full of energy and natural expressiveness.
At the age of six, she started piano lessons at the music grammar school of her home town and at ten she already held her debut as a concert pianist with Joseph Haydn’s Piano Concerto in D major. From this moment on, Raluca Stirbat was considered a child prodigy and performed with all the most important orchestras in Romania (including ‘George Enescu’ Philharmonia and Radio Symphony Orchestra) and abroad. After spending a year of studies at the ‘George Enescu’ Music Academy in Iaşi, in 1991 she went to the Music University in Vienna to study under Prof. Jürg von Vintschger and where she graduated with a Magister Artium in piano performance. Soon the doors of major and important concert halls opened (Vienna Konzerthaus, Vienna Musikverein, Stefanie Hall in Graz and the Mozarteum Salzburg). Scholarships and sponsorship, including from the Beethovengesellschaft, the Martha Sobotka-Janaczek Foundation and the Rotary Club (Vienna), the Nippon Foundation (Tokyo) and the Madeleine Blaireville Foundation (Switzerland) have supported her talent on its artistic course. In addition, Raluca Stirbat has attended master classes held by such renowned artists as Murray Perahia, Hans Leygraf, Lory Wallfisch, Marek Drewnowski and Aquiles Delle Vigne. She has received important inspiration from Avedis Kouyoumdjian, Johannes Meissl, Teresa and Rudolf Leopold (chamber music), David Lutz (Vocal accompaniment) and Rainer Keuschnig (modern and contemporary piano literature).
Raluca Stirbat has been awarded many prizes at national and international competitions. She has won the Golden Lyre at the ‘Ciprian Porumbescu’ Competition in Romania, the ‘Virtuosi per musica di pianoforte’ Competition in the Czech Republic, the ‘Sanremo Classico’ and the ‘Stefano Marizza’ Competition in Trieste. The list of her artistic activities as a soloist and a chamber music partner is just as impressive as the countless orchestral concerts that have taken Raluca Stirbat on tours throughout continental Europe and the UK, Cyprus, Tunisia, Turkey, Morocco, Singapore and Iran, making her a welcome guest at various festivals, including the ‘Wiener Festwochen’, ‘Pianoforte a Bellinzona’ (Switzerland), ‘Dinu Lipatti’ in Kronstadt and ‘Fête de la musique’ in Iaşi (Romania), ‘Joseph Hoffman’ in Nałęczów (Poland), ‘Autumn Festival’ in Budapest and Szeged (Hungary), ‘Thracia Summer’ in Plovdiv (Bulgaria) and Carthago Music Festival (Tunisia).
Her international renown has been underlined not least by many recordings, such as Enescu’s Sonata op. 24 No. 1 in F sharp minor and Liszt’s Fantaisie romantique sur deux mélodies suisses (S. 157) for Swiss Radio DRS or the Piano Concertos No. 2 in F minor by Chopin and No. 19, KV 459 in F major by Mozart for Music Minus One (United States), and as a chamber music partner the Piano Trio op. 4 by Pancho Wladigeroff for Hungaroton Studio in Budapest or the Sept poésies pour violon et piano by Ursula Bagdasarjanz for the Swiss music label VDE-Gallo. Moreover, she has recorded all the songs by George Enescu in collaboration with the ORF (with Leontina Vaduva, Ileana Tonca, Mihaela Ungureanu, Laura Tatulescu, and Sorin Coliban).