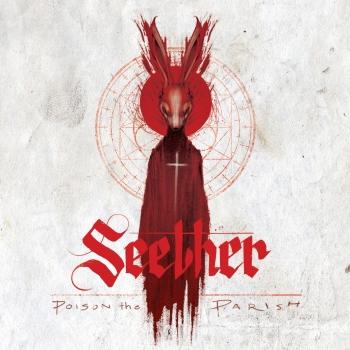 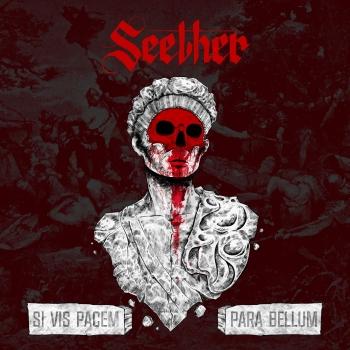 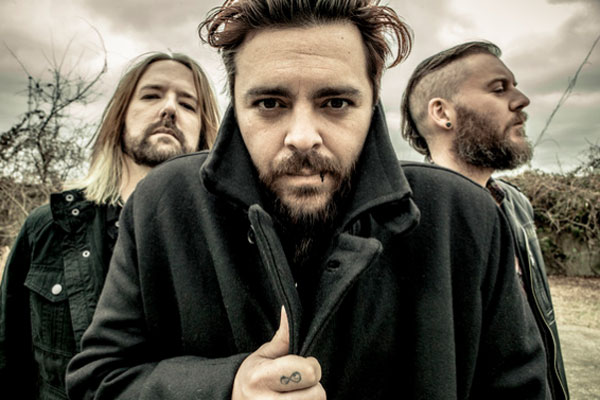 Seether
After forming in 1999, Seether (originally Saron Gas, a name they plucked from the back of a sound effects CD not knowing its sinister connotation) quickly gained notoriety in their home country's anemic rock market. The band's South African release, Fragile, became one of the best selling titles of the year, and Seether emerged as a top live draw. This was no small feat in a land where rock bands play second banana to indigenous music and pop. Still, Seether's monumental mongrel rock couldn't help but stand out, and Morgan's words built a bottomless bond between the band and its fans.
Everyone from disenfranchised teens to incarcerated individuals has felt his influence, but the foremost example is the impact first single "Fine Again" had on a family whose daughter overdosed. The song a stark, mid-tempo deliberation on life after a bleak period inspired the recuperating girl to right her life. The family bonded with the band and reacted emotionally upon learning Seether was headed stateside. "They were actually crying. That was the most surreal experience. They're all standing around and saying, 'We don't know if we should be happy for you or angry at you' and that's pretty cool. It's good to know we've had such a positive influence on someone."
Morgan's motivation and inspiration stems from a lack of acceptance. His parents divorced early on. His Afrikaans mother's devout Christian family held him in disregard because he was part English on his father's side. His paternal family shunned him for being into rock music and dressing the part. The hostile environs culminated in a defining moment, as Morgan sat with a gun in one hand and a guitar in the other, facing a choice. "It was suicide or the guitar. I picked the guitar and got rid of the urge to take myself out." He continued sneaking out to rehearse with any band that would have him. "This was all I ever wanted to do," he says simply.
Disclaimer, produced by Jay Baumgardner (Papa Roach, Drowning Pool) offers a brutally transparent glimpse into Morgan's childhood. As he scrubs at the pain of his past, the singer's scratchy, eerily familiar voice and his guitar work are cutting accomplices to the catharsis. The sum effect is as thrilling as it is consuming.
"Pig" picks at familial scabs, asking, "have you ever wished for fire/to burn away your mind restraints?" "Needles" rails further, demanding retribution, "Let me stick my needles in/let me hurt you again/fuck you for killing me!" over a torrid, towering wall of noise. "69 Tea" mocks salvation in a slow, rolling boil. "Gasoline" chugs and churns and spits at a woman who could be a lover or a mother it's impossible to tell. Therein lies a key to Seether's appeal: Morgan balks at expanding on his lyrics, opting to preserve both his own, and the listener's, interpretation. In his mind, offering one static explanation would dictate the effect on the listener which is simply unacceptable.
"I'm not trying to be a spokesman, because I wouldn't want to have a spokesman myself. This is a way for me to say how I feel now and get it out. Other people will paint something or draw something or dance it out or whatever. This, I suppose, is the only way I can purge, but it is therapeutic."
His convalescence manifests supremely in song and is chiefly evident in the cautious optimism of "Fine Again" and the plaintive, yet soaring, "Sympathetic," in which he sings "My words will be here when I'm gone." Even at this embryonic state, Morgan has made his statement and it bodes well, as the band waits on the cusp of success. Through it all, he remains the humble craftsman, ego and expectations in check - words preserved for posterity despite no immediate plans to depart the planet. Of course, he's happy to know he's made a difference.
"Even if it's just one or two people that say, 'Man, it's really sad that he's gone,' that's all I wanted to hear."