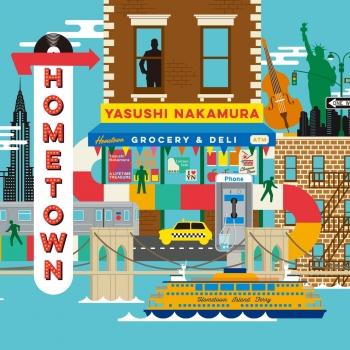 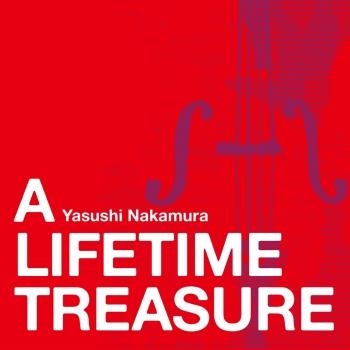 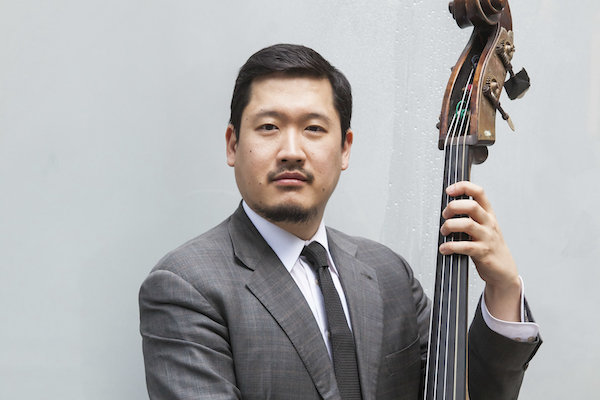 Yasushi Nakamura
is praised for imaginative, quicksilver bass lines that deepen the groove. His blend of guitar-like precision and gut-level blues has sparked collaborations with artists such as Wynton Marsalis, Wycliffe Gordon, Toshiko Akiyoshi, Hank Jones, Dave Douglas, Steve Miller, etc. With his charismatic stage presence and artful, hard swinging melodic touch, Nakamura is a first-call performer capturing new audiences and fans around the world.
Born in Tokyo, Nakamura moved to the United States at age 9, and considers both places home. He began with clarinet and tenor saxophone, but his older brother’s study of guitar and drums drove him to pick up the bass. His love of rock and funk aside, the music of Charlie Parker, Ray Brown, Miles Davis were a potent influence on him. Nakamura received a BA in Jazz Performance from Berklee School of Music in 2000, and was awarded a full scholarship to The Juilliard School for his Artist Diploma in 2006. He credits Myron Walden as an early champion, and keeps close ties to Juilliard mentors Victor Goines, Wycliffe Gordon, and Carl Allen, Ben Wolfe all of whom maintain him in their bands.
Nakamura’s career is flourishing, with consistent engagements at premier jazz festivals including Tokyo, North Sea, Monterey, Ravinia, and venues such as Birdland, Village Vanguard, the Blue Note, the Kennedy Center, Jazz at Lincoln Center, and Carnegie Hall. In 2014, he was honored to play the “NEA Jazz Masters Concert: Celebrating Jamey Abersold, Anthony Braxton, Richard Davis, and Keith Jarrett,” sharing the stage with Joe Lovano and Dave Liebman. A wide array of projects permits him to explore musical styles and collaborations. In 2016, he recorded with one of his long-time inspirations, Toshiko Akiyoshi, for her recent release, Porgy and Bess. His performance with Akiyoshi’s Jazz Orchestra was also broadcast as a documentary film. Recent works include “For the Love of Duke” with New York City Ballet choreographed by Susan Stroman, and “Ellington at Christmas: Nutcracker Suite” with Savion Glover, Lizz Wright, the Abyssinian Baptist Choir, and David Berger conducting. In 2010, he toured the Middle East with Jazz at Lincoln Center’s “Kings of the Crescent City” project, and he toured Asia in 2008 with the Juilliard All-Stars. As an educator, Nakamura has led master classes and summer intensive courses at the The Juilliard School, New School, Koyo Conservatory, Osaka Geidai, and Savannah Swing Central.
In 2016, Nakamura release his first album "A Lifetime Treasure" and in 2017 he also released 2nd album "Hometown" from Atelier Sawano featuring Lawrence Fields, Bigyuki, and Clarence Penn which received album of the year 2017 in JazzLife magazine.