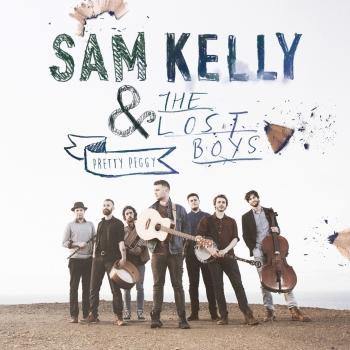 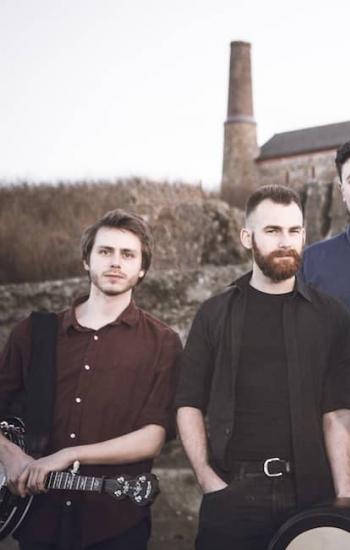 Sam Kelly
who I just love. What a beautiful singer. He has that really rare male voice, that soft-edged tone, you know those beautiful tenor voices of the 30's and 40's...it really draws you in. Sam's absolutely great, he's going to go places." Kate Rusby (on the 'next big thing' in fRoots magazine)
"One of the best folk bands on the scene." Seth Lakeman
"Sam has such a beautiful voice and sings with so much soul. I've seen him perform live a few times and he's amazing" Cara Dillon
"I think this guy is absolutely brilliant… His voice is beyond sublime." Mike Harding
"Amazing, thrilling music." Mark Radcliffe
"A captivating performer, Sam Kelly has one of the best young male voices in British acoustic roots music. Seriously...Check him out!" Sean Lakeman
"The Lost Boys is an outstanding debut album." Bright Young Folk
"This is the album that the folk world has been awaiting... The Lost Boys is going to be huge." Folking.com
Sam's debut EP - entitled 'Your Way Home' was released in March 2013, which swiftly created a buzz of interest in the folk scene for Sam's music. He followed this up with the release of the widely acclaimed 'Spokes' EP in February 2015. This cemented Sam's place further as one of the most exciting young prospects in the folk scene - landing him a nomination in the Best Singer category at the 2015 Spiral Earth Awards, and grabbing the attention of BBC Radio 2's Folk Show. Touring as a trio with Jamie Francis (banjo) and Evan Carson (percussion), Sam has gained a reputation for an incredibly high class and dynamic live show, and the guys are rapidly becoming firm favourites at venues and festivals in all parts of the country. After a barnstorming performance to a completely rammed Club Tent at Cambridge Folk Festival 2015, the guys were invited to play their first session on Radio 2 live from the festival.
Not content with resting on his laurels, Sam enlisted the extraordinary talents of new band members Ciaran Algar (fiddle) and Graham Coe (cello) and went straight back into the studio to record his debut album. 'The Lost Boys' came out in November 2015 to a storm of rave reviews, cementing Sam's place as one of the most rapidly rising stars on the UK folk scene, and enticing Radio 2 to invite the guys into the BBC studios as the featured live session guests on the Mark Radcliffe Show - an honour usually only bestowed upon much more established musicians. The album also landed Sam the Horizon Award for emerging artists at the 2016 Radio 2 Folk Awards. The album has also been championed by numerous legends of folk broadcasting, including Mike Harding - who played tracks from the album for four weeks in a row on his online radio podcast. Sam has been touring the album with his full band - Sam Kelly & The Lost Boys, and they’re due to release their first album as a band in October 2017.
Coming from a family largely made up of Norfolk dairy farmers has left Sam with an unmatched experience of singing in front of hurtfully disinterested Friesians, and his meandering musical journey has ranged from reaching the final of ITV's Britain's Got Talent as a teenager, to being selected for the first ever EFDSS Artist Development Scheme. Whether playing to 13 million people on prime-time television, or to 10 people in a tiny pub, Sam's child-like fascination with music shines through, and his passion for discovering and rekindling the sounds of his musical heritage has gained him the respect of peers and audiences worldwide.