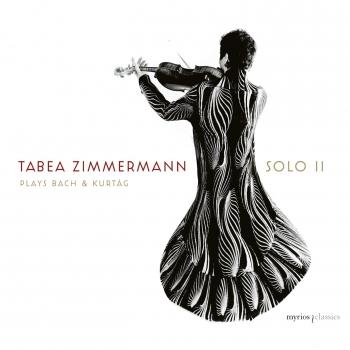 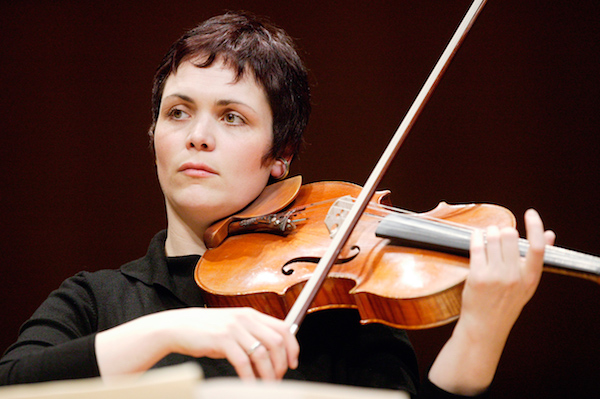 Tabea Zimmermann
who considers herself “a musician who plays the viola”, is one of the most popular and renowned artists of our time. Audiences and fellow musicians value her charismatic personality and deep musical understanding.
As a soloist she regularly performs with the most distinguished orchestras worldwide, guided by the ideals of her experience as a chamber musician, where artistic integrity is paramount. She was recently named Artist-in-Residence of the Royal Concertgebouw Orchestra Amsterdam and of the Berliner Philharmoniker.
Tabea Zimmermann has inspired numerous composers to write for the viola and has introduced many new works into the standard concert and chamber music repertoire. Since 2009, she has been recording for the myrios classics label. The seven albums previously released have been highly acclaimed by both listeners and the music press, and have been honored – without any exception – with the most important international record awards, including two ECHO Klassik, one OPUS Klassik, two Diapason d’Or de l’année and the ICMA (International Classical Music Award).
For her tireless enthusiasm to communicate her love of music to her audience and her uncompromisingly high quality standard, Tabea Zimmermann has been awarded the German Federal Cross of Merit in 2018, and was named winner of the international Ernst von Siemens Music Prize in 2020.
Tabea Zimmermann received her first viola lessons at the age of three, two years later she began to play the piano. In the beginning, she received significant inspiration from her first teacher Dietmar Mantel. She studied with Ulrich Koch at the Freiburg Conservatory of Music and subsequently with Sándor Vegh at the Mozarteum Salzburg. Following her studies, she received several awards at international competitions, amongst them first prizes at the 1982 Geneva International Competition, the 1983 Maurice Vieux Competition in Paris and the 1984 Budapest International Competition. From 1987 until his early death in 2000, Tabea Zimmermann regularly performed with her husband, the conductor David Shallon. She has already held professorships at the Saarbrücken Conservatory of Music and at the Frankfurt Conservatory of Music. Since 2002 Tabea Zimmermann has been professor at the Conservatory of Music "Hanns Eisler" in Berlin.