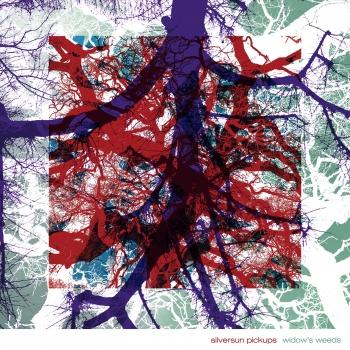 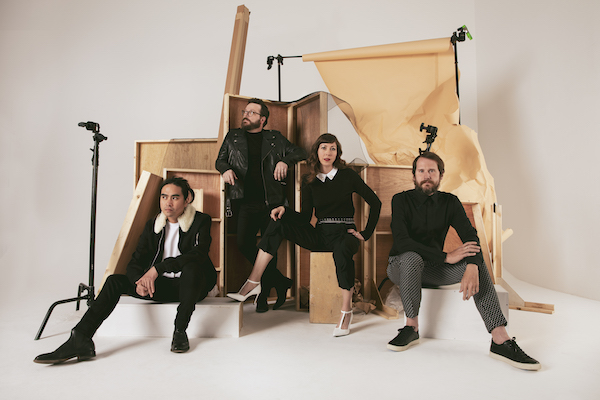 Silversun Pickups
Los Angeles indie rockers whose organic but richly atmospheric sound (and their subsequent critical and commercial success) helped put the uber-hip Silver Lake scene on the map, Silversun Pickups were formed in 2002, initially using the name A Couple of Couples. The original handle reflected the fact that in the band's first lineup, lead guitarist Brian Aubert was romantically involved with drummer Elvira Gonzales, while rhythm guitarist Jack Kennedy was in a relationship with bassist Nikki Monninger. However, after both couples broke up, the group went through some personnel changes, and in 2003 Gonzales and Kennedy left the band, with keyboard player Joe Lester taking over for the absent guitarist and Christopher Guanlao becoming their new drummer.
Taking on the new name Silversun Pickups, the group became regulars at trendy rock clubs such as Spaceland and the Silverlake Lounge, and developed a committed fan following. In July 2005, Silversun Pickups released their debut EP, a six-song EP (seven if you include the hidden bonus track) called Pikul. The EP was released by noted indie label Dangerbird Records, which brought out the group's first full-length album, Carnavas, in September 2006. Carnavas fared well enough to land two songs in the Top Ten of Billboard's Modern Rock Tracks chart, "Well Thought Out Twinkles" and "Lazy Eye," and peaked at number 80 on Billboard's Top 200 Albums chart, while the group toured in support, sharing stages with with Wolfmother, Snow Patrol, and OK Go in the United States and opening for the Foo Fighters in the U.K.
The success of Carnavas set the stage for Swoon, which appeared in April 2009 and made an impressive debut, entering the Top 200 Albums chart at number seven. The album's success led to the band being nominated for a Best New Artist prize at the 2010 Grammy Awards, which became a subject of angry and bemused conversation among the group's fans, given that Silversun Pickups were far from newcomers by then. May 2012 brought another studio set, Neck of the Woods (produced by Jacknife Lee), and high-profile dates at many major music festivals in North America, though bassist Nikki Monninger was forced to sit out a number of shows in 2012 and 2013 due to pregnancy, with Sarah Negahdari of the Happy Hollows temporarily taking her place. In 2014, Dangerbird released The Singles Collection, a compilation that collected non-LP tracks from the band; the album appeared on CD and as a digital download, while a special edition was also issued as a vinyl box set. In 2015, Silversun Pickups formed their own label, New Machine Records, which they launched with their fourth full-length album, Better Nature. (Mark Deming, AMG)