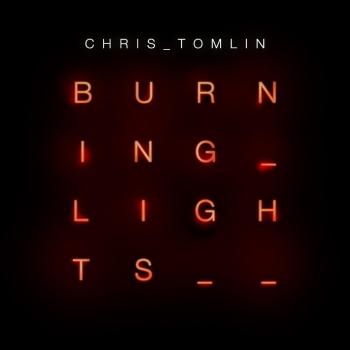 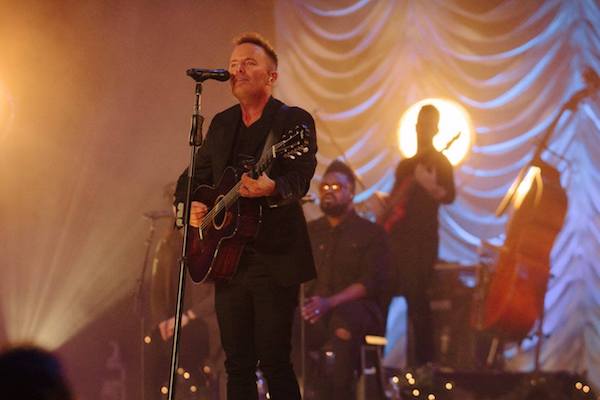 Chris Tomlin
For over a decade, Chris Tomlin has been providing the soundtrack for Sunday morning worship services around the world. His latest song, "Jesus Loves Me" continues to show Tomlin's humble heart as one in awe of the love that God has for him.
More people have heard singer/songwriter Chris Tomlin's songs than Adele's, Katy Perry's, and Kelly Clarkson's combined. Chris Tomlin is undoubtedly one of the most successful songwriters of our generation, as well as the most humble.
A Texas native, Chris’ music of choice while growing up was country. But when Chris’ father gave him his first guitar when he was sick with mono, it soon wasn't just honky-tonk he was playing. By age 14, Chris had written his first worship song.
But pursuing music for a living wasn't exactly Chris’s go-to life plan once he graduated from high school. Confident that God had a plan in mind for his life, but still not really sure what that was specifically, Chris enrolled in college thinking he’d ultimately pursue a career in physical therapy.
Of course, God had other plans for Chris.
After earning a degree in psychology, Chris became friends with Louis Giglio, founder of Passion, designed to create an awakening on college campuses. Responding to Giglio’s invitation to be part of the first Passion worship event, a landmark gathering of thousands of college students in Austin, Texas, Chris eventually found his life’s calling in leading worship.
In November 2011, Chris released a compilation of some of his favorite worship songs throughout the years. The album, entitled How Great Is Our God: The Essential Collection is, as Chris puts it "Possibly the best thing I'll be a part of musically...ever..." The album features songs that have become mainstays in churches worldwide, including "Our God," "The Wonderful Cross" (with Matt Redman), "Indescribable," "Amazing Grace," "Jesus Messiah," "I Will Rise," and a new version of How Great Is Our God (World Edition). The album released on the heels of his highly successful And If Our God Is For Us..., which earned Chris a Grammy for Best Contemporary Christian Music Album in 2012.
Later, he released Burning Lights (January 8, 2013), which features his song, "Whom Shall I Fear." “It really is one of those songs that just flows through you as a prayer,” Chris explains. “Whatever is coming against me, I’m singing this back against it, and in faith to God.”
Even with the success of his own albums, Chris has continued to be part of the Passion movement ever since that first event in 1997, not to mention its now one-year-old church plant, Passion City Church, in Atlanta. Each year, Chris performs at the Passion conferences and his single "White Flag" grew out of the movement.
As fulfilling as it’s been for Chris to lead audiences in worship, simply serving as just another worship artist hasn't been enough. Chris has always been passionate about helping worship leaders thrive in their respective churches.
So at the end of 2006, Chris launched on an online resource called Frequency. Describing the site as “a place to serve God and His people in worship,” he later partnered with Larry Tardy and expanded the effort. Now known as Frequency Worship, the web page includes chord charts for popular worship songs, instructional videos and message boards for worship leaders to connect with—and learn from—each other.
Chris can also be found on Passion: White Flag (March 13, 2012)- a live album recorded at Passion 2012 at The Dome- featuring a variety of artists including: Kristian Stanfill, Christy Nockels, Matt Redman, David Crowder Band and Charlie Hall. As well as the live albums Passion: Let The Future Begin (March 12, 2013), and, Passion: Take It All (April 29, 2014).