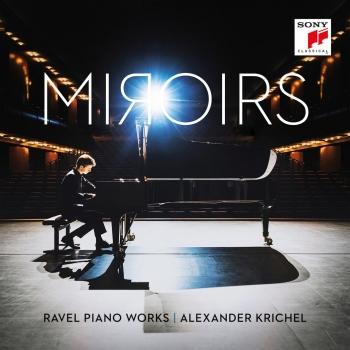 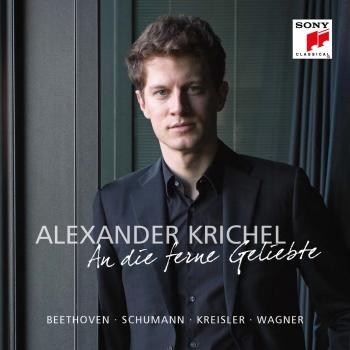 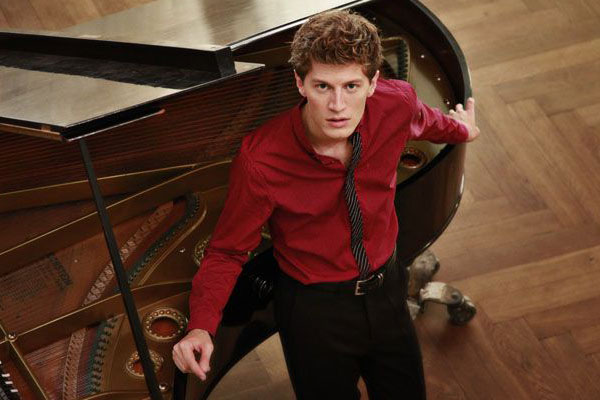 Alexander Krichel
Born in Hamburg in 1989, Alexander Krichel started to play the piano at the age of six. He became a pre student at Hamburg University of Music and Drama at the age of 15. From 2007 he continued his studies with the legendary Vladimir Krainev at Hanover University of Music and Drama. He is currently studying under the tutelage of Dmitri Alexeev at Royal College of Music in London. Alexander Krichel is a winner of several international and national piano competitions and was awarded the renowned the ECHO Klassik as Newcomer Of The Year in 2013.
In 2011 Alexander Krichel signed an exclusive recording contract with SONY Classical. His first album for Sony, 'Frühlingsnacht', was released in February 2013 to great acclaim from critics and the public alike, and entered the German classical charts straightaway.
His second album for SONY Classical that contains works for piano and orchestra by Mozart, Chopin and Hummel was released in September 2014. It was produced with the Polish Chamber Philharmonic Orchestra under Wojciech Rajski.
The third SONY Classical production will be a Rachmaninov album that is going to be published in 2015.
Alexander has performed in nearly all German major concert venues such as Konzerthaus Berlin, Hamburg Laeiszhalle, Munich Herkulessaal and Prinzregententheater, Cologne Philharmonie and Düsseldorf Tonhalle. Future recital engagements feature débuts in Vienna Konzerthaus (Austria) and Zurich Tonhalle (Switzerland).
The festivals he has appeared at include the Schleswig-Holstein Music Festival, the Rheingau Music Festival, the Mecklenburg-Vorpommern Festival, the Schwetzinger Festspiele, the Kissinger Sommer and the Ocean Sun Music Festival.
Outside Germany, Alexander Krichel has played in England, France, Italy, Poland, Romania, Luxemburg, Switzerland and farther afield in the USA, Japan and South America.
Last season featured his acclaimed débuts with Bamberg Symphony Orchestra under Jonathan Nott, Bremen Philharmonic Orchestra under Aleksandar Markovich, Chamber Orchestra of Staatskapelle Berlin, Lucerne Festival Strings, Polish Chamber Philharmonic Orchestra and Orquesta Filármonica Nacional de Venezuela.
For the 2012/13 season, Alexander Krichel was admitted to Bayer Kultur's stART programme. The culture department of pharmaceuticals and chemicals company Bayer will be sponsoring him for a period of three years, and Krichel will give numerous concert performances under their aegis. In addition, he receives scholarships from the Oscar & Vera Ritter Foundation and the PE Foundation and is a RCM Scholar supported by a Kenneth and Violet Scott and a Hilda Houssart Award.