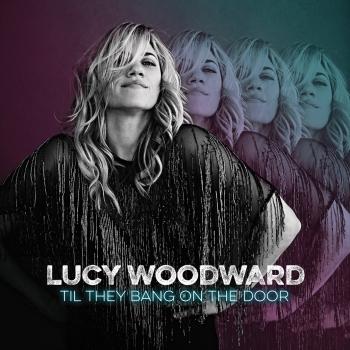 Til They Bang On The Door 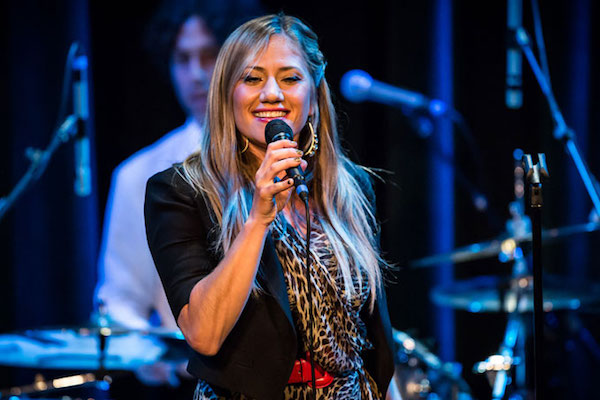 Lucy Woodward
London, 1970's. An opera singer/bellydancer/musicologist young woman meets a classical conductor/composer young man and make a baby who couldn't escape music if she tried. Born in London and raised in Holland and New York, she escaped . . . right into music. Singing jazz for tip jars and meals on Bleecker street, waitressing, cover banding, jingling, waitressing, songwriting, background vocalizing and waitressing were all a part of the journey. Parents fully behind the sitch. In a nutshell, this happened . . .
Lucy's Atlantic Records 2003 debut album allowed her to tour internationally and garner significant press exposure, including a spot on Jay Leno's "The Tonight Show.” An award-winning songwriter, Lucy has written and recorded songs for several film soundtracks including the Golden Globe-winning The Blind Side, What a Girl Wants, Last Vegas and her favorite, Ice Princess, with her rendition of Bjork/Betty Hutton big band cover "It's Oh So Quiet." Lucy’s second album, Lucy Woodward Is . . . Hot & Bothered (2008), got high praise from critics. (“A steamy, string-kissed slice of retro British pop by a versatile singer/songwriter‚” proclaimed USA Today, while Billboard described how “Lucy's a ball, equally appreciable for fans of melodic sing-along baubles and highbrow aficionados of finely honed musical composition. A sonic turnstile that flips through dreamy pop, jazz and bluesy bebop”.) In 2010, Lucy signed with the legendary jazz label Verve Records and released her third album, Hooked!. Produced largely by Tony Visconti, the album effortlessly moves across multiple genres, including gypsy-swing, jazz and rhythm & blues. Along with her self-penned compositions, the album showcases Lucy’s stunning covers of Peggy Lee’s Cuban-inspired “Sans Souci” and an a cappella Hoagy Carmichael classic, “Stardust.” Songwriter’s Monthly said Lucy brings a "sultry intensity and scorching sensuality" to her bluesy jazz/pop performances – “a jaw-dropping listening experience."
Lucy was featured as an “International Artist to Watch” in the all-important September issue of Italian Vogue in 2011. She spent the better part of 2011 touring across the North America, both has a solo artist and as the special guest vocalist for the superstar act, Pink Martini. In preparation for her first string of summer jazz festivals with Pink Martini, Lucy was asked to learn songs in Croatian, Japanese, French, Spanish and Turkish in five days, the Montreal Jazz Festival being the first. During that tour, she sang three dates with the San Francisco Symphony, inspiring kernels for her next record, which she wanted to be full with lush string and horn arrangements. The Ventura County Star called Lucy “An effortlessly engaging, deeply expressive vocalist and an insightful, charismatic and disarmingly witty songwriter.” In 2012, Lucy toured overseas sponsored by Armed Forces Entertainment, performing for American military units stationed in Spain, Italy and Turkey. She has toured with the funk/jazz/world band Snarky Puppy (them as her backing band) and was featured on their 2013 Grammy award-winning Family Dinner album on the song "Too Hot to Last." Much touring and recording with Snarky Puppy and her own band inspired her fourth record, produced by Henry Hey (George Michael, David Bowie) and Michael League (Snarky Puppy).