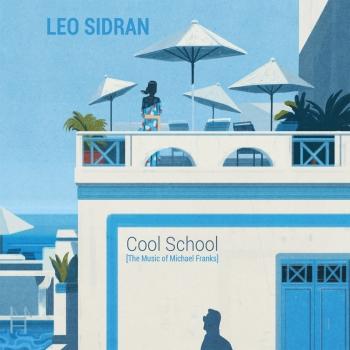 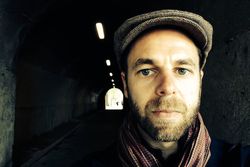 Leo Sidran
Brooklyn based multi-instrumentalist, composer, producer Leo Sidran was born and raised in Madison, Wisconsin, which is sometimes referred to as 70 square miles surrounded by reality. His father, Ben, another multifaceted music man, provided his early musical sustenance. His mother, a weaver and travel agent, provided texture and safe passage.
Leo is releasing his fourth solo record in April. 2015. The appropriately titled “Mucho Leo” is his first in a decade, and when we say 'solo,' well, Sidran not only sings and plays everything on this new effort, he could also take credit for recording and mixing the album.
It makes complete sense, says Sidran, 'It's a very personal project, and after a long period of working behind the scenes, it's an important creative statement for me, but I also have a larger story to tell.'
We will tell at least some of it right now...
Sidran got his start writing songs professionally as a teenager when the Steve Miller Band recorded four of his songs for their 1993 Wide River album. Leo's father, Ben Sidran — a producer and jazz musician — was working with Miller at the time, which is how Leo made the connection, but even then, at the ripe old age of 15, he was interested in production. So, Steve invited him to play keyboards, guitars and drums on the record.
Subsequently, Leo attended the University of Wisconsin to study History and Spanish. During a year abroad living in Spain, he fell in love with Spanish music, and after college he spent quite a bit of time back and forth between his hometown of Madison, WI, and Madrid. During that time, Sidran developed a strong relationship with several Madrid-based 'Latin alternative' artists like Jorge Drexler and Ana Laan. Years later, Sidran would co-produce the Academy Award Winning song, 'Al Otro Lado Del Rio' from the film The Motorcycle Diaries for Jorge Drexler in 2005.
After the Oscar win, Leo made a move to Brooklyn and not only started producing records for other artists, but also composed music for film and television commercials amassing a catalog of over 100 major TV ads for clients like Coca-Cola, Visa, McDonalds, Stella, Ford, Garnier and a dozen film scores for outlets such as ESPN, Discovery, IFC, Sundance, and PBS.
In addition, around this time, Leo started a small label called Nardis Music with his father releasing solo projects by father and son, as well as some projects that the two produced for other artists, like Clyde Stubblefield (James Brown's original funky drummer). Leo has produced all of his dad's records for the last decade.
As a drummer, Sidran has played and recorded with jazz luminaries including Phil Woods, Howard Levy, David Fathead Newman, Clark Terry and Dave Grusin, and as an engineer he's recorded projects ranging from jazz great Mark Murphy to British duo Massive Attack.
To round out his penchant for curating the music he loves, earlier this year, Leo launched a podcast called The Third Story (www.third-story.com) in which he interviews musicians, producers, songwriters, and other friends in the creative class about their personal stories and professional journeys.
Mucho Leo is an important recording in the canon of Leo Sidran precisely because it pulls together and crystalizes Sidran's influences and passions, as one can hear strains of Leonard Cohen, Randy Newman, Michael Franks and Manu Chao, among others, but is also struck by the reality of a distinctive 'voice' and an illustrious history that has remained, to some extent, unsung up until now.