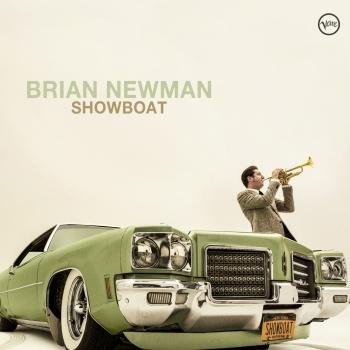 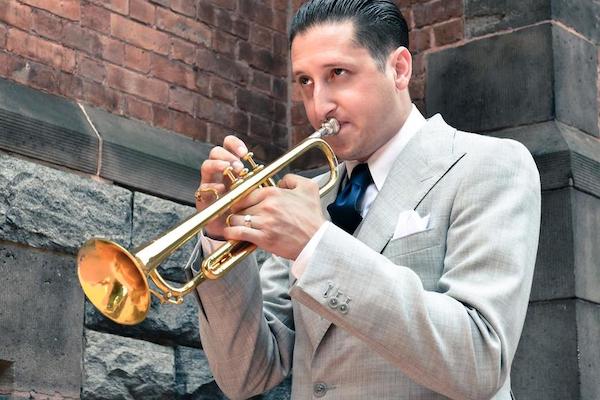 Brian Newman
"It’s beyond the name of my car, it’s a nod to an era that went big in every sense of the word. Big bands, big cars and big lapels. It’s an era where the show and showmanship were at the forefront. The SHOWBOAT, is more than just music, it’s a fully immersive jazz meets rock and roll experience.” - Brian Newman
Performer, trumpeter, and vocalist, Brian Newman’s brand of jazz has tirelessly resurrected the magic of Old New York, refreshing the glamorous era with nuances of his own rock-n-roll edge. Whether performing with his own quartet or supporting Lady Gaga and Tony Bennett on tour, Newman’s expert trumpeteering and effervescent stage presence reignited a big band scene in New York City, and has since enticed a new generation of jazz fans across the globe. The Verve Recording artist continues to reign at his weekly residency in New York, as well as appear on television programs and in special performances across the United States and Europe.
Newman is known for his impeccable horn playing and rendition of romantic favorites. But what sets him apart is his ability to command a room not only with his musical talent, but as a bandleader who makes each person in the audience feel as if they are a part of his performance. His fusion of music playing and easy going banter captures the vivacity of great bandleaders of the past. This exuberance is evident on Newman’s 2016 debut album, Eyes on the City, which pays tribute to his musical journey in New York.
Along with his Quartet, fellow musicians from Cincinnati’s College-Conservatory of Music, Newman has allured audiences during his residencies at some of New York’s most iconic venues. His first foray into creating an old school big band night was at the elegant Duane Park for “After Dark,” a jazz and burlesque revue on the downtown scene in Tribeca. “After Dark” lead to a weekly residency at the legendary Oak Room at The Plaza Hotel, a venue steeped in history which was frequented by the likes of Truman Capote, Gore Vidal, Frank Sinatra, Liza Minelli and countless others over its one hundred year history. Newman and his Quartet played each Wednesday to a mixed crowd seeking a slice of history, welcoming Lady Gaga as a surprise guest, until the venue closed in 2011. Currently, Newman performs every Tuesday and Thursday, as bandleader in a residency at Rose Bar at the Gramercy Park Hotel, and select Friday nights at NYC’s legendary Rainbow Room with his orchestra. Brian also routinely appears for special live performances with a diverse array of musical acts, which have included Tony Bennett, Jose Feliciano, Stevie Wonder, Mark Murphy, Dierks Bentley, Willie Nile, Molly Ringwald, David Loeb, Steve Wynn’s Orchestra, Ray Benson’s Asleep at the Wheel and Tommy London.
Newman’s personal style, which meshes classic suits, vintage tattoos and rock-n-roll, has attracted commercial brands such as Jack Daniel’s, Marc Jacobs and Tiffany & Co., who have collaborated with Newman for special events and performances. The Jack Daniel’s partnership in 2012, which launched the brand’s Sinatra Select premium Tennessee Whiskey, brought Newman alongside Frank Sinatra Jr. himself, in a performance in Cannes, France. Brian married burlesque star, Angie Pontani of the World Famous Pontani Sisters in February 2013, with whom he most notably performs in connection with Pontani’s New York Burlesque Festival and Burlesque-a-Pades shows. The couple have a daughter, and reside in the neighborhood of Brooklyn.