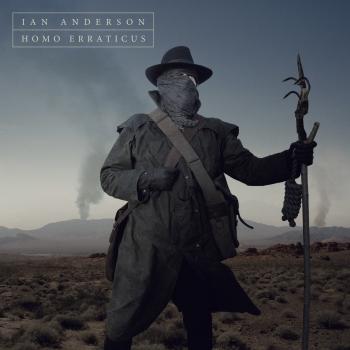 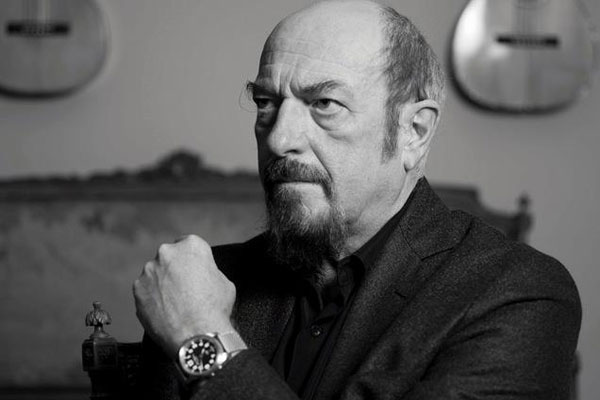 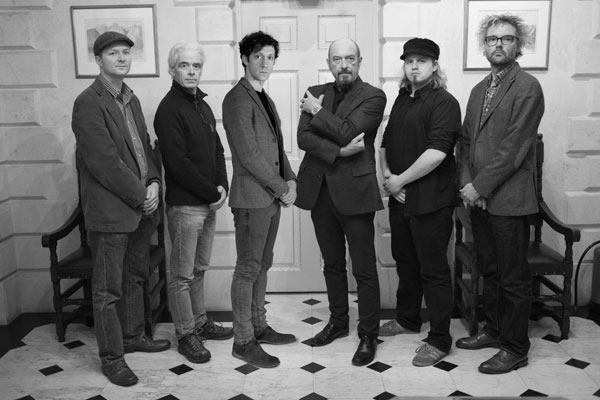 Jethro Tull
Early in 1968, a group of young British musicians, born from the ashes of various failed regional bands gathered together in hunger, destitution and modest optimism in Luton, North of London. With a common love of Blues and an appreciation, between them, of various other music forms, they started to win over a small but enthusiastic audience in the various pubs and clubs of Southern England. The breakthrough came when they were offered the Thursday night residency at London’s famous Marquee Club in Wardour Street, Soho.
The early Jethro Tull released their first Blues-oriented album, This Was, in the latter part of 1968 before moving on to more home-grown and eclectic efforts in 1969 with Stand Up and a flutter of single releases, including Living In The Past, in the UK market.
Benefit, Aqualung, and Thick As A Brick followed and the band’s success grew internationally. Various band members came and went, but the charismatic front man and composer, flautist and singer Ian Anderson continued, as he does to this day, to lead the group through its various musical incarnations.
Jethro Tull were, by the mid-seventies, one of the most successful live performing acts on the world stage, rivalling Zeppelin, Elton John and even the Rolling Stones. Surprising, really, for a group whose more sophisticated and evolved stylistic extravagance was far from the Pop and Rock norm of that era.
With now some 30-odd albums to their credit and sales totalling more than 50 million, the apparently uncommercial Tull have continued over the next three decades to travel near and far to fans across the world.
After forty years at the bottom, at the top and various points in between, Tull are still performing typically more than a hundred concerts each year. Ian Anderson and Martin Barre remain at the centre of a group of sometimes changing but highly capable – indeed excellent – musicians. Currently, Doane Perry, veteran Tull drummer of some 24 years experience, together with John O’Hara on piano and accordion, and David Goodier on bass guitar are to be found in the line-up, delighting audiences and continuing the legacy of Tull’s music with its rich variety and depth of expression wherever fans, young and old, want to hear Rock, Folk, Jazz and Classical-inspired music for grown-ups.
Ian Anderson
known throughout the world of rock music as the flute and voice behind the legendary Jethro Tull, celebrates his 46th year as an international recording and performing musician in 2014.
Ian was born in 1947 in Dunfermline, Fife, Scotland. After attending primary school in Edinburgh, his family relocated to Blackpool in the north of England in 1959. Following a traditional Grammar school education, he moved on to Art college to study fine art before deciding on an attempt at a musical career.
Tull formed in 1968 out of the amalgamation of the John Evan Band and McGregor’s Engine, two blues-based local UK groups.
After a lengthy career, Ian Anderson and Jethro Tull have released 30 studio and live albums, selling more than 60 million copies since the band first performed at London’s famous Marquee Club in February 1968.
After undertaking more than 3000 concerts in 40 countries throughout four decades, he has typically played 100-plus concerts each year to longstanding, as well as new fans worldwide. Widely recognized as the man who introduced the flute to rock music, Ian Anderson remains the crowned exponent of the popular and rock genres of flute playing. So far, no real pretender to the throne has stepped forward. Ian also plays ethnic flutes and whistles together with acoustic guitar and the mandolin family of instruments, providing the acoustic textures which has been an integral part of most of the Tull repertoire.
Anderson has so far recorded six diverse albums under his own name during a long career: 1983′s “Walk Into Light”, the flute instrumental “Divinities” album for EMI’s Classical Music Division in 1995 which reached number one in the relevant Billboard chart, and the more acoustic collections of songs, “The Secret Language of Birds,” “Rupi’s Dance,” plus rock albums “Thick As A Brick 2″ and now, 2014′s “Homo Erraticus.”
In recent years, he has toured more and more as simply Ian Anderson, often with orchestras, string quartets, featured soloists. Most of the concerts scheduled for 2014 will feature “Homo Erraticus” together with an hour of favourites from the Jethro Tull catalogue.
Anderson lives on a farm in the southwest of England where he has a recording and rehearsal studio and offices. He has been married for 36 years to Shona who is also an active director of their music and other companies. They have two children – James and Gael – and two grandchildren. Gael is married to actor Andrew Lincoln, currently shooting more episodes of the hugely-acclaimed zombie thriller, The Walking Dead, for TV broadcast in 2012 and 2013.
His hobbies include the growing of many varieties of hot chile peppers, the study and conservation of the 26 species of small wildcats of the world and the appreciation of mechanical watches, fountain pens and vintage cameras. He reluctantly admits to owning digital cameras and scanners for his work on the photographic promotional images related to Tull as well as his solo career.
In 2006, he was awarded a Doctorate in Literature from Heriot Watt University in Edinburgh, the Ivor Award for International Achievement in Music and, in the New Years Honours List 2008, an MBE for services to music. In 2011, he received another Doctorate in Literature from Dundee University.
Ian owns no fast car, never having taken a driving test, and has a wardrobe of singularly uninspiring and drab leisurewear. He still keeps a couple of off-road competition motorcycles, a few sporting guns and a saxophone which he promises never to play again.
He declares a lifelong commitment to music as a profession, being far too young to hang up his hat or his flute, although the tights and codpiece have long since been consigned to some forgotten bottom drawer.