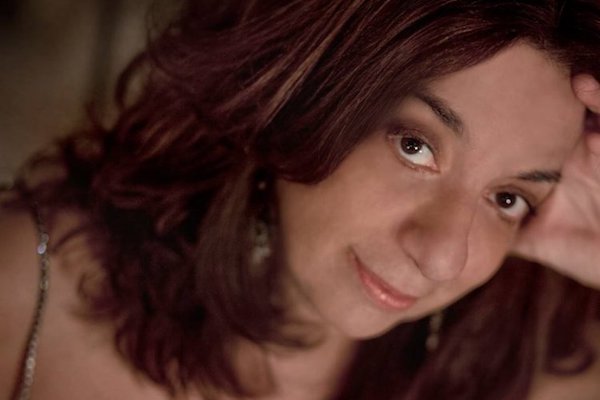 Alexandra Papastefanou
Born into a musical family, Alexandra Papastefanou graduated from the Athens Conservatoire, where she studied piano under Aliki Vatikioti. She followed her studies with Olga Zhukova at the Moscow Tchaikovsky Conservatory, with Peter Solymos at the Franz Liszt Academy of Music in Budapest and, on a scholarship from the Alexander Onassis Foundation, at the University of Indiana in Bloomington, with György Sebők. She has also taken lessons from Alfred Brendel, who has praised her playing and editing of The Well-Tempered Clavier.
Alexandra Papastefanou was a finalist at the Clara Haskil Competition in Switzerland and received the Liebstoeckl and Fazioli Prizes at the International Geneva Competition, as well as the Spyros Motsenigos Prize from the Academy of Athens.
Whilst pursuing her piano studies, Alexandra took up music theory and composition, firstly with I. A. Papaioannou, and then later, in the United States, under Frederic Fox.
(Along with her activity as a performer, Alexandra pursued her in-depth study of J.S. Bach’s music, the meaning and enduring appeal of which she examined in a lecture series). She has performed all of Bach’s keyboard works and, in recital cycles, has presented his complete Well-Tempered Clavier (which she also edited for Nakas Music Publications), the Goldberg Variations, the Art of Fugue, The Musical Offering as well as his keyboard concertos. She has also performed and recorded the works of Robert Schumann.
Her diverse repertoire extends from composers of the baroque era to more recent composers such as Toru Takemitsu, Karlheinz Stockhausen, György Ligeti and George Crumb. Alexandra Papastefanou has also repeatedly performed and recorded the piano works of major Greek composers Dimitris Mitropoulos, Nikos Skalkottas, George Koumendakis, I. A. Papaioannou and Vangelis Katsoulis. Her musical career has also extended to lecture-recitals, featuring innovative thematic cycles that she has chosen and presented including Fantasias for Piano, Works Inspired by Fairy Tales, Romantic German Literature and the Music of Robert Schumann, The Tradition of the French Clavecinists in the Piano Works of Debussy and Ravel, Sounds of Nature and the Exotic Element in Music, Music and Astronomy, Music and Poetry, and Music and Myth.
Alexandra has appeared to enthusiastic acclaim with symphony orchestras, in solo recitals and with chamber music groups across Europe (in Germany, France, Great Britain, the Netherlands, Luxembourg, Spain, the Czech Republic, Russia, Finland and Hungary), the United States and Canada.
Also, Alexandra recorded her début album, as a composer, entitled Enamel (Smalto, in Greek), a collection of songs to her own compositions, lyrics and musical arrangements (released on Lyra Records). Recently, her composition cycle 12 Minerals, for solo piano, and 12+1 Shells and Shadows, for voice and piano, were published by Ph. Nakas Music Publications.
Her recording recently released by 'First Hand Records' of a 4CD set of Bach's Well Tempered Clavier has met with wide critical acclaim.