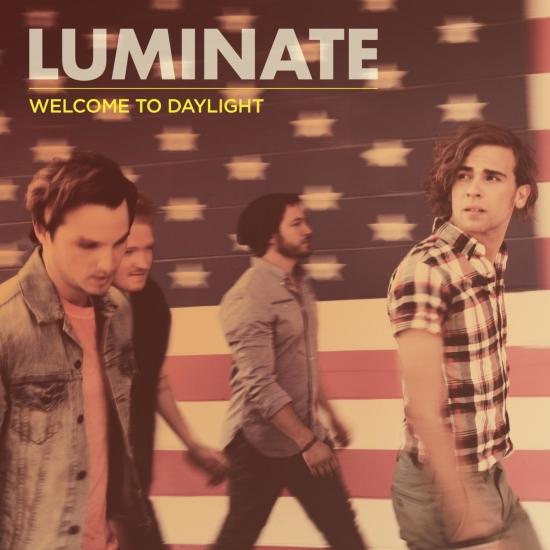 Info for Welcome to Daylight

Luminate returns with their highly anticipated new studio album Welcome to Daylight, featuring their hit single, Banner of Love, . On their sophomore album, the band takes the opportunity to stretch themselves and push the songs to have an even grander, epic sound than before. This time around Luminate teamed up with producers Chris Stevens (TobyMac, Britt Nicole) and Pete Kipley (MercyMe, Phil Wickham) who bring plenty of synth and sonic layers to the songs and wrap them around frontman Sam Hancock s strong vocals. This fall, the band heads out on the road with Newsboys poised to make a breakthrough on the follow up to last year s Come Home. With Banner of Love being the perfect example, Luminate continues to write songs infused with a message of hope and love, encouraging their fans to live life with a purpose and share the love of Christ in practical ways everyday.
"Were it not for the faith-based lyrical content and the insignia for well-respected Christian label Sparrow on the album's artwork, Luminate's second full-length could easily fall into the heavily populated middle ground that rests between indie and AOR. That region of the musical world where bands like Keane and Coldplay have found massive commercial success. In all reality, that makes this Texas-based group feel a little calculated in its efforts, bobbing along with the tide of much of the CCM pack. Many of the tracks on Welcome to Daylight are thick with mostly unnecessary post-production frills. Sam Hancock's vocals are chopped and buffed up on "Never Give Up," electronic intrusions are inserted to try and bolster threadbare musical ideas, and the whole album gives off a sheen of having been run through a laminating machine. The shininess of the album wouldn't be so glaring were it not for those moments when a few wrinkles appear. Until the movie-soundtrack string section pops up, you can actually hear a shaky bit of emotion in Hancock's voice on "Battle for Peace," and their plea to let God into a troubled marriage, "Heal This Home," is an appealing, driving rocker relatively free of synth washes and ProTools aftereffects. But until some wise producer or band in the Christian world unplugs the iMac and spools up a reel of actual recording tape in an effort to bring bands like Luminate a few steps away from a radio-ready sound, songs like those are just going to lost in the digital quagmire." (Robert Ham, AMG)
Luminate
Produced by Christopher Stevens, Peter Kipley 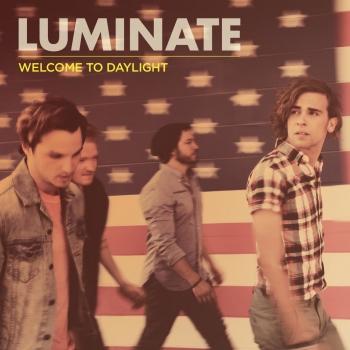 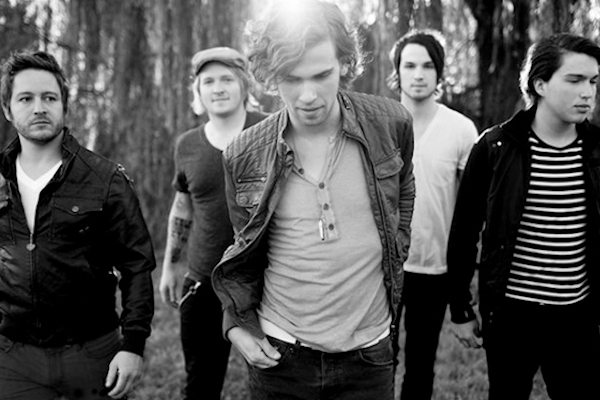 Luminate
Music has been a passion of mine since I first started leading worship at the age of 14. When I graduated High School, I knew that God had placed a desire in me to reach the world through music. I moved to Memphis, Tennessee and attended a Music and Worship arts school called Visible School. There I founded a band with some amazing guys and we called ourselves Luminate. The intention was and still is to "Shine the light and love of Christ in the midst of darkness through music". Members came and went during different seasons of the band's journey, and we were privileged to tour with artist like Mercy Me, Jeremy Camp, Kutless, Big Daddy Weave, Newsboys and many more. While they were great experiences I am thankful for, I still longed for something more. After nine years of being apart of the Christian Music Industry, and becoming a husband and father, I've come to realize success isn't based on concert attendance, record sales, or chart topping singles. For me, it is based on two questions / convictions:
Is my heart, attitude, and songwriting reflecting and promoting the person of Jesus? Do I humbly use the musical gifts God gave me to lead his people in worship?
I believe that the attitude of worship is a place and atmosphere where all of our prayers, needs, and desires collide with the One who can restore everything. That being said, I feel an overwhelming desire to unlock that passion and make leading the church in worship the total focus of myself and Luminate. Over the past year I have been writing songs for the Church with some amazing worship leaders and producers, and on weekends when I'm not touring, I've been leading worship at Salty Church in Ormond Beach, Florida. It's been unbelievable getting back on the front lines of serving in the Church, and it's reignited the original passion God gave me at a young age. I hope you will join me on this new direction, and I hope Luminate's future music will draw you into a deeper place of worshiping God.
And as always, I am so thankful and humbled by your continual love, prayer, and support over the years!