One Is the Other Billy Hart Quartet 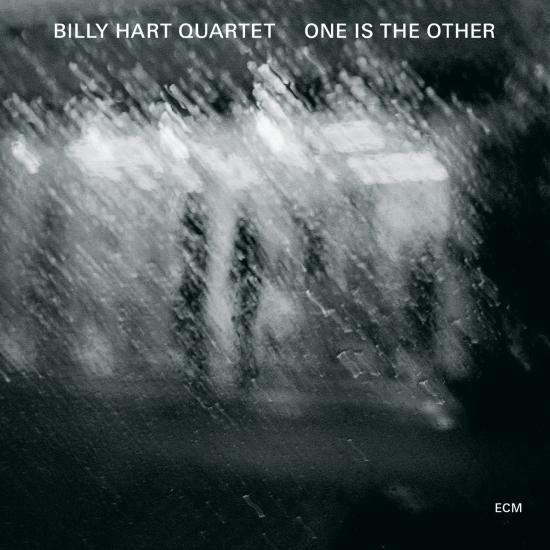 Info for One Is the Other

The second ECM album by the Billy Hart Quartet is a major musical statement, and one of the outstanding jazz albums of the season. The group’s reach – already broad on 2011’s widely-acclaimed All Our Reasons – is yet more expansive here. Strong compositions – by leader-drummer Billy Hart, tenorist Mark Turner and pianist Ethan Iverson – reflect upon a wide swathe of the music’s history, and are distinguished by vivid and imaginative solos and wonderful interplay. A basic premise, that this should be a band in which the vastly-experienced Billy Hart gets to play everything he wants to play, has led to a sense of almost unlimited possibility for all participants. There is freedom and joy in this music, and tenderness, too.
The album opens with “Lennie Groove”, Mark Turner’s melding of Tristano and clave which was first recorded years ago on the early Turner album In This World. Since then, it has been regarded as a classic by jazz players, with many musicians trying their hand at its stunning complexities: odd meter, unusual bass line, fast doubled melody. Ethan Iverson’s intro suggests Tristano sped up and spun out.
The blues may come in any and all colors. Perhaps a hint of Paul Bley is to be perceived in Iverson’s “Maraschino”, along with collective free improvisation showing unusually strong structural integrity. Billy Hart’s brushwork is masterful, so swinging yet without any clear pulse.
“Teule’s Redemption” is a piece written by Billy Hart for one of his sons. It is a two-part work that eventually allows Ben Street and Hart to work very closely on a powerful groove, and Turner’s tenor solo takes flight.
Hart’s unusual through-composed piece “Amethyst” serves as another gateway to free improvisation. At one moment Iverson and Hart are left to themselves, allowing cubist patterns to repeat and develop.
Billy Hart was there, right on the scene, when jazz began embracing the even-eighth note as a legitimate resource. His composition “Yard”, a blues, connects Charlie Parker with all those grooves Hart played with Jimmy Smith, Herbie Hancock, Miles Davis, and so many others. The level of abstraction achieved by every member of the group attests to a long working relationship.
“Sonnet for Stevie”, Turner’s swing piece for Stevie Wonder, shows moody restraint, although the form is deceptively complex. Hart joked after listening to playback, 'It's like ‘Kind of Blue.’'
This group doesn’t play many standards, but Billy Hart, who loves musicals, chose “Some Enchanted Evening” from Rodger’s and Hammerstein’s “South Pacific” almost for encore purposes. The interpretation here gently reframes the familiar.
Ethan Iverson wrote “Big Trees” specifically as a drum feature. The idea of “rhythm changes” lurks in the background but is quickly discarded by the ensemble. The drumming may momentarily suggest other masters like Ed Blackwell or Max Roach, but in the end Billy Hart sounds like nobody but himself.
One Is The Other was recorded in New York’s Avatar Studios in April and May 2013, and produced by Manfred Eicher.
Mark Turner, tenor saxophone
Ethan Iverson, piano
Ben Street, double bass
Billy Hart, drums
Recorded April and May 2013 at Avatar Studios, New York
Engineered by James A. Farber
Produced by Manfred Eicher 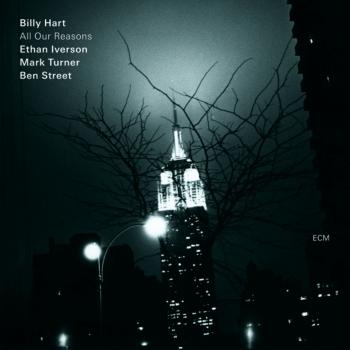 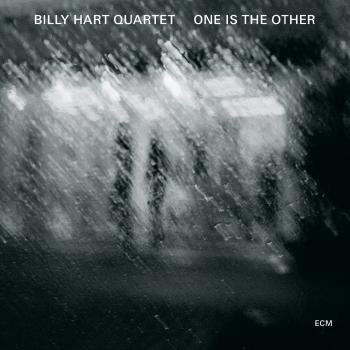 One Is the Other

Booklet for One Is the Other