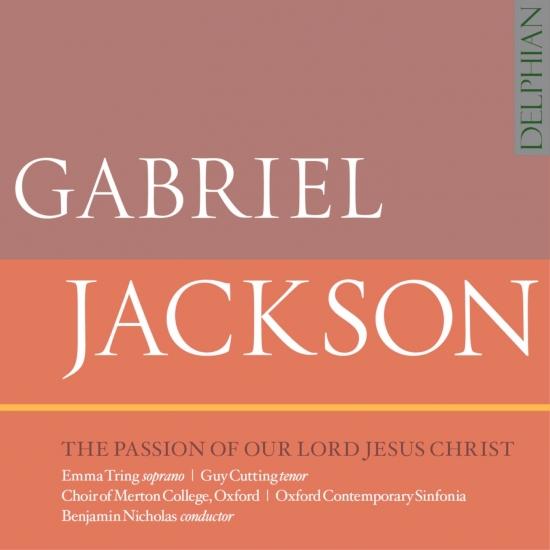 Info for Gabriel Jackson: The Passion of Our Lord Jesus Christ

Strikingly colored and richly imaginative, Gabriel Jackson’s re-telling of the age-old story of Christ’s betrayal and crucifixion interweaves biblical narrative, English poetry and Latin hymns, culminating in a rare setting of poetry by T.S. Eliot – himself an alumnus of Merton College, Oxford, which commissioned the present work as part of its extensive Merton Choirbook project. Shorter items from the Choirbook have featured on previous Delphian releases by the choir; now, The Passion of our Lord Jesus Christ is revealed as one of the project’s crowning glories. Under the direction of longtime Jackson collaborator Benjamin Nicholas, and with soloists and instrumentalists hand-picked by the composer, it receives here a performance to match the work’s own harrowing drama and dark ecstasy.
"... Soloists and choir eloquently weave through the shifting perspectives of this work of exquisite imagination with involving feeling, and the Oxford Contemporary Sinfonia take to Jackson's often surprising but always richly executed orchestrations with aplomb. Quite unlike any Passion you've heard before, it is a rewarding work, deeply sincere, immediately accessible and deserving of much wider exposure." (Choir & Organ)
Emma Tring, soprano
Guy Cutting, tenor
Choir of Merton College, Oxford
Oxford Contemporary Sinfonia
Benjamin Nicholas, conductor 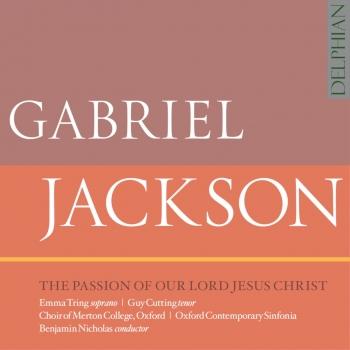 Gabriel Jackson: The Passion of Our Lord Jesus Christ 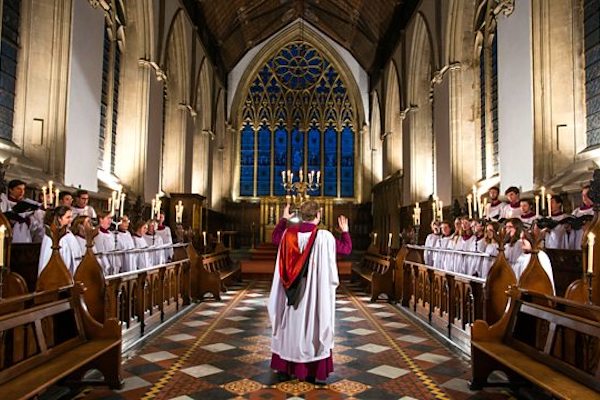 The Choir of Merton College
is one of Oxford’s leading mixed-voice choirs and sings the services, during term-time, in the thirteenth century chapel. The choir consists of thirty undergraduates and post-graduates, many of whom hold choral scholarships at Merton College. Tours have included France (2009, 2010, 2011, 2016, and 2017), the USA (2011, 2014, and 2016), Sweden (2013), and Italy (2017). Recent performances have included Duruflé’s Requiem in Gloucester Cathedral, as part of the Cheltenham Music Festival, Tallis's Spem in alium in the Beaujolais Festival, Mozart's Requiem in St Germain-des-Prés, Paris, Orff’'s Carmina Burana in the St Jude's Proms, the première of David Briggs's Messe Solennelle in St Paul’s Cathedral. Regular appearances in London include concerts at Cadogan Hall, St John’s Smith Square, and The Temple Church.
The choir plays a leading role in the annual Passiontide at Merton festival, including performances of Bach's Mass in B minor, St John and St Matthew Passions, Handel's Messiah, MacMillan's Seven Last Words, and Arvo Pärt's Passio. In the 2014 festival the choir gave the premiere of Gabriel Jackson’s The Passion of our Lord.
The choir's debut CD In the Beginning featured music by Gombert, Weelkes, Holst, Copland and Jackson and was named 'Gramophone Choice' in the December 2011 edition of Gramophone; Viri Galilaei was named as a Critic’s Choice of 2016 by Gramophone; and their most recent recording, O Holy Night, is a disc of Christmas music made with the Oxford Philharmonic Orchestra. A new recording of choral music of Richard Allain will be released later this year. Merton College Choir regularly broadcasts live on BBC Radio 3. Particular highlights have included a broadcast of Britten’s Hymn to St Cecilia as part of the composer’s centenary celebrations in 2013, and two broadcasts in 2017, the second of which was Choral Evensong from St Peter’s Basilica, Rome. The choir was filmed for the BBC series Music & the Monarchy.
In the last few years Merton College Choir has given first performances of new choral works by Judith Weir, John Tavener, James MacMillan, Jonathan Dove, Ēriks Ešenvalds and Cecilia McDowall, and in November 2014 gave the première of a new motet by Sir Harrison Birtwistle. The choir spent 2014 in a 'new music' partnership with Choir & Organ magazine, and enjoys a relationship with Faber & Faber as 'choir in association'.
Benjamin Nicholas
is our Director of Music, and in September 2018 becomes Principal Conductor of the Oxford Bach Choir. In recent months he has appeared as a conductor with the BBC Singers, City of Birmingham Symphony Orchestra, City of London Sinfonia and the Holst Singers. In June he made his debut with the Royal Philharmonic Orchestra in a performance of Elgar’s The Apostles.
Ben's work at Merton has included the founding of the annual Passiontide Festival, the installation of the Dobson Organ and the creation of the College's Girls' Choir, which sang for the first time in October 2016. He has conducted the College Choir in concerts in the USA, Italy, Sweden and France, on BBC Radio 3 & 4 and BBC TV, and on a series of recordings for Delphian, the first of which was a Gramophone Editor's Choice. His other recordings include discs of Weelkes, Mozart, Stainer, Stanford, Rutter, Gabriel Jackson, Richard Allain, and the organ works of Elgar.
Ben has conducted many first performances, and premiered a new work by Charlotte Bray with the City of London Sinfonia in Southwark Cathedral. In the Cheltenham Music Festival he premiered new choral works by Judith Weir, Hannah Kendall, Dobrinka Tabakova and Kerry Andrew, and at Merton he has commissioned Birtwistle, Dove, MacMillan, Jackson and Joubert.
Benjamin was a chorister at Norwich Cathedral and has held organ scholarships at Chichester Cathedral, Lincoln College, Oxford and St Paul's Cathedral. He is a former Director of Tewkesbury Abbey Schola Cantorum and the Edington Music Festival.

Booklet for Gabriel Jackson: The Passion of Our Lord Jesus Christ