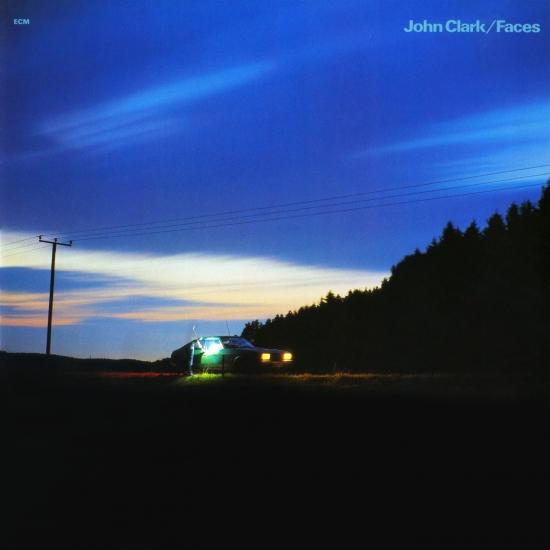 Another gem from the ECM catalogue. Brooklyn-born jazz horn player John Clark hasn’t made many records as a bandleader, but has been hugely prolific and has recorded and performed with Miles Davis, Jaco Pastorius, Chick Corea, Frank Sinatra, Aretha Franklin, and Leonard Bernstein, among many others. He’s still a faculty member at Manhattan School of Music.
Faces documents the only appearance of versatile French hornist John Clark on ECM proper (he does, however, appear on a trio of WATT releases) and is one from a modest overall output as leader. Having performed with musicians as diverse as Paul Winter, LL Cool J, and Gil Evans, his tender considerations fit snugly with the Eicherian touch in this out-of-print session. Joined by David Friedman’s mallets, the particularly welcome presence of David Darling’s electric cello, and Jon Christensen on drums, Clark paints for us a rain-slicked character study of a life lived in slow motion.
Side A charts the album’s deepest waters in “The Abhà Kingdom.” Its understated flow of vibes, overdubbed horns, and cello courses in and out of sonar range, diving ever deeper with every muted clench, so that even Christensen’s accentuations seem to move at the speed of honey behind Friedman’s subdued yet strangely exuberant cartwheels. The afterimages of “Lament” would make the perfect backdrop for a Terje Rypdal excursion. Instead of that grinding song, we get the rounded icicles of Darling’s bow and the sustained arpeggio from vibes that leaves us hanging before dropping us onto Side B. Our guide on this descent is “Silver Rain.” The marimba vamp evokes an African thumb piano and affectionately embraces Clark’s processed horn. Friedman also shares a notable dialogue with Christensen here. Darling’s fluid threads are the binding force of “Faces In The Fire.” A comforting feeling of perpetuity abounds in that cello’s voice and brings out otherwise inaudible whispers. “Faces In The Sky” would feel right at home as the soundtrack for a road picture. Christensen beguiles with his delicacy, in which he cradles a delicate implication that never breaks, even under Darling’s far-reaching pizzicato. After all of this soul-searching, the carnivalesque “You Did It, You Did It!” ends the album in resolute jubilance.
Faces has a semi-porous quality and shimmers like the surface of an out-of-focus pool. It sits comfortably just below the rim of our consciousness, like a half-dream that one holds dear in the face of inevitable wakefulness.
John Clark, french horn
David Friedman, vibraharp, marimba
David Darling, cello
Jon Christensen, drums
Recorded April 1980 at Talent Studio, Oslo
Produced by Manfred Eicher
Digitally remastered 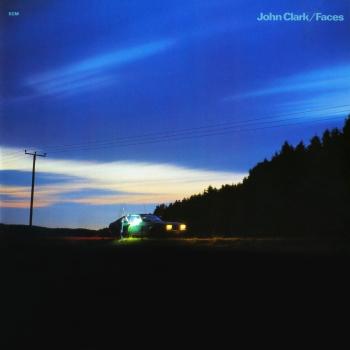 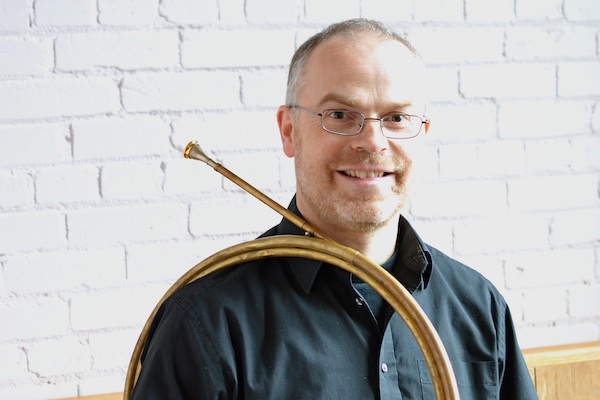 Jonathan Clark
Andrew Clark has been blowing down pieces of metal tube ever since he first emptied his grandmother’s kitchen cupboard and found a funnel before the age of two. A graduate of the Guildhall School of Music and Drama, studying with horn professors Halstead, Chidell and Bryant, he performed with many orchestras and ensembles using both period instruments and their modern counterparts. Highlights of his career include many years of playing principal horn in London Classical Players (Norrington); Orchestra of the Age of Enlightenment; Academy of Ancient Music (Hogwood); English Concert (Pinnock); and Amsterdam Baroque Orchestra (Koopman) with whom he recorded Bach’s Cantatas. As a soloist he has made several commercial recordings: concertos by Vivaldi, Fasch and Crusell; works for horn and piano by Beethoven and Czerny; the Brahms Horn Trio, Mozart’s Horn Quintet, Beethoven’s Sextet and the Sonata da Caccia by Thomas Ades. He was also a horn teacher at London’s Royal Academy of Music for seventeen years and at the Guildhall School of Music and Drama for ten years. He has performed in forty countries, but is now attempting to tour less often to reduce his carbon foot-print.
In 2010 Andrew moved from England with his wife, bassoonist Katrina Russell, to Vancouver Island. He has set up a horn making workshop there, building customized instruments for himself and for colleagues around the world. Since 2011 he has played principal horn with the Vancouver Island Symphony Orchestra.