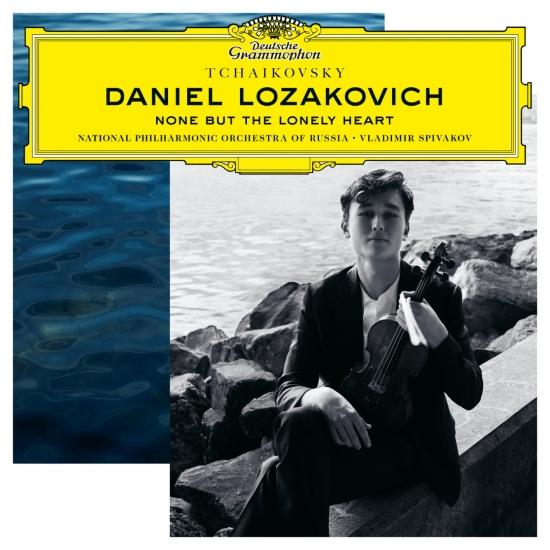 Info for None but the Lonely Heart 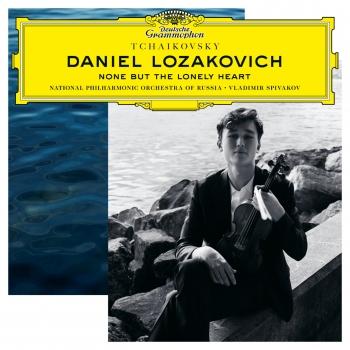 None but the Lonely Heart 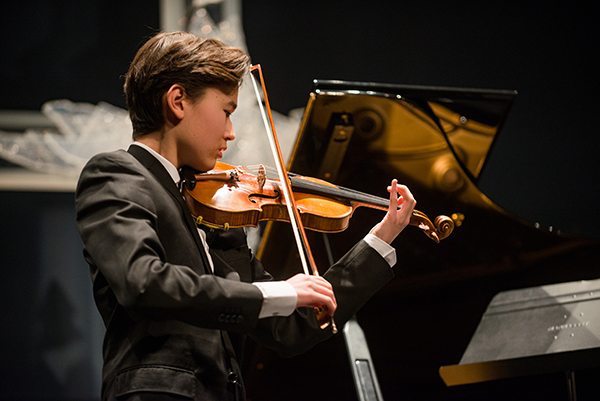 Daniel Lozakovich
Violinist Daniel Lozakovich’s majestic music-making has left critics and audiences spellbound. “Perfect mastery. An exceptional talent,” observed Le Figaro after a recent performance, while the Boston Globe praised the “poise, tonal purity, and technique to spare” of his debut with the Boston Symphony Orchestra and Andris Nelsons at Tanglewood in July 2017.
Daniel Lozakovich was born in Stockholm in 2001 and began playing the violin when he was almost seven. He made his solo debut two years later with the Moscow Virtuosi Chamber Orchestra and Vladimir Spivakov in Moscow. Daniel went on to perform with, among others, the Royal Stockholm Philharmonic, the Moscow Philharmonic and the Royal Liverpool Philharmonic orchestras, the Orchestre National de France and the Swedish Radio Symphony Orchestra.
His prodigious talent has been nurtured through studies with Josef Rissin at the Karlsruhe University of Music and he is now mentored by Eduard Wulfson. The violin grapevine was buzzing with news about the amazing youngster from Sweden long before Daniel made his international breakthrough in May 2016, when he hit the headlines worldwide as winner of the Vladimir Spivakov International Violin Competition and, soon after, as returning soloist with the Mariinsky Orchestra under Valery Gergiev in the closing concert of the XV Moscow Easter Festival. As well as having performed with the Mariinsky forces again on several occasions since then, in November 2016 he made his debut with the Munich Philharmonic Orchestra under Maestro Gergiev at the opening concert of the MPHIL 360o festival.
He now works regularly with such leading orchestras as the National Philharmonic of Russia, Orchestre de la Suisse Romande, Gothenburg Symphony Orchestra, Orchestra Sinfonica Nazionale della Rai and Orchester der Komischen Oper Berlin, and with some of the world’s most eminent conductors, including Ádám Fischer, Vasily Petrenko, Leonard Slatkin, Marc Albrecht, Robin Ticciati and Lahav Shani. His chamber music partners, meanwhile, include Emanuel Ax, Renaud Capuçon, Khatia Buniatishvili, Seong-Jin Cho, Martin Fröst, Shlomo Mintz and Maxim Vengerov.
Daniel signed an exclusive contract with Deutsche Grammophon in June 2016, soon after his 15th birthday. The deal made him the youngest member of DG’s family of artists. It also reinforced his status as a force of nature, a one-in-a-million virtuoso blessed with an entrancing range of expression and musicianship. As a taster of the yellow-label experience, fellow DG artist Daniel Hope invited Daniel to join him in recording a selection of Bartók’s Duos for two violins for Hope’s My Tribute to Yehudi Menuhin album. Lozakovich’s first full recording for Deutsche Grammophon, made in company with the Kammerorchester des Symphonieorchesters des Bayerischen Rundfunks, is set for release in June 2018. The album comprises Bach’s two concertos for violin and orchestra (BWV 1041 and 1042), and his Partita No.2 in D minor BWV 1004 for solo violin.
In July 2017 Daniel made an acclaimed debut with the Boston Symphony Orchestra and Andris Nelsons at the Tanglewood Festival. Since the start of this season he has performed Mozart’s Violin Concerto No.3, K 216 with the Royal Stockholm Philharmonic Orchestra under Semyon Bychkov (October 2017), made his debut in Paris playing the Beethoven Violin Concerto with the Orchestre Philharmonique de Radio France under Krzysztof Urbański (December 2017) and performed Bruch’s Violin Concerto No.1 with the Orchestra National du Capitole de Toulouse and Tugan Sokhiev (January 2018). He is set to perform the Mendelssohn Violin Concerto with the hr-Sinfonieorchester and its music director Andrés Orozco-Estrada at venues in Japan in June. Other 2018 highlights include recitals at the Salle Gaveau, Fondation Louis Vuitton and Théâtre des Champs-Élysées in Paris, the Zurich Tonhalle, Milan’s Conservatorio Giuseppe Verdi; his debut at New York’s Lincoln Center with the Mostly Mozart Festival Orchestra under Louis Langrée; and appearances at the Sommets musicaux de Gstaad and the Verbier Festival.

Booklet for None but the Lonely Heart