We Come From The Sun Cerys Matthews

Info for We Come From The Sun

We Come From The Sun is composed by Cerys Matthews with Hidden Orchestra and features 10 UK poets: MA.MOYO, Raymond Antrobus, Lemn Sissay, Liz Berry, Anthony Anaxagorou, Adam Horovitz, Cia Mangat, Imtiaz Dharker, Kim Moore and Kayo Chingonyi.
“We are living in extraordinary times, I wanted to respond but had the urge to offer more than one voice, more than one perspective. Not an echo chamber” – Cerys Matthews.
In February 2020 Abbey Road studios welcomed each of the 10 poets to record pieces from their collections. Then lock down hit…. But remotely and with the additional help of field recordists and musicians around the world, Cerys and Joe Acheson (Hidden Orchestra) created a sound journey for these poems with the theme of: Genesis; Birth, heritage, a journey about to begin.
Cerys says; “I’ve always been in awe of the power of a great turn of phrase; in poems, songs and prose. There are some exceptional poems being added to the world right now. So I invited poets whose work I admired and had championed for years to join me in this project. I selected poems that worked across and with each other to become a journey, an aural adventure.
I’m hoping it’ll be the first in a series of ‘poem song’ albums on Decca, with life on earth as inspiration. As simple and complex as that. The theme for this then, as the first, had to begin at the beginning: Genesis.”
Cerys Matthews 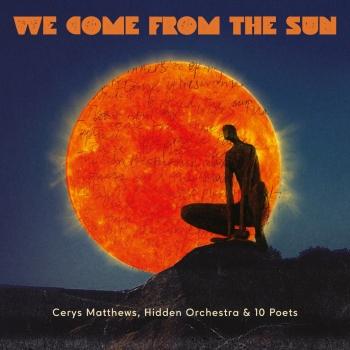 We Come From The Sun 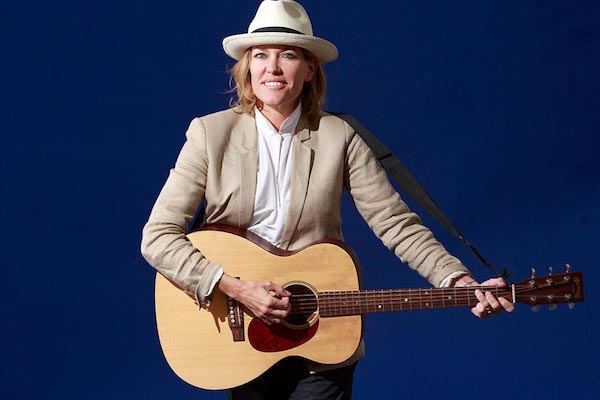 Cerys Matthews
is a musician, author, broadcaster and festival owner: The Good Life Experience.
She is a DJ on BBC Radio 2 and BBC 6 Music where she programmes and hosts an award-winning weekly show.
Cerys also writes and presents television and radio documentaries and is the cultural roving reporter for BBC One show.
In 2019, Cerys released ‘Where the Wild Cooks Go’, a ‘folk cookbook’ brim-full of generations-old nuggets of wisdom, proverbs, poems, stories about Catatonia touring days and other escapades, plus over a hundred recipes and cocktail ideas from 15 countries with a Spotify playlist ready to go for each country.
The same October, ‘Tell Me The Truth About Life: 100 Poems that Matter’ was published to celebrate 25 years of National Poetry Day. Cerys curated this ‘people’s anthology’ setting contemporary works by the likes of Yrsa Daley-Ward, Warsan Shire and Kei Miller alongside classics by W.H Auden, Emily Dickinson and Tennyson, with poems nominated by poets, footballers, astronauts, scientists and members of the public.
She has curated for theatres and the Tate Modern, composed music for the National Theatre and in 2014 set Dylan Thomas’ A Child’s Christmas to music, which in 2018 was adapted into a ballet.
In 2013 Cerys won broadcaster of the year at the SONY Academy Radio awards, and the following year was honoured with an MBE, a St David Award for services to culture from the First Minister of Wales and an honorary degree in music from Swansea University.
In November 2016 she won ‘Best Presenter ‘ at the Audio Production Awards in London.
Her self produced album of traditional Welsh songs, ‘Tir’ is the biggest selling Welsh language album of the past ten years.
Her sing-a-long book ‘Hook, Line and Singer’ published by Penguin in 2013 was a Sunday Times bestseller.
Cerys’ books for children are ‘Tales from the Deep’ (two stories in one: the Lady of the Lake and Ghost Bells of the Lowlands) and ‘Gelert: A Man’s Best Friend’. Both published by Gomer.
Cerys is Vice President for Shelter and the Hay Festival of Literature and the Arts, patron of the Dylan Thomas Society and Ballet Cymru and President of Gwalia Male Voice Choir, London.