Pleased To Meet Me (Remastered Deluxe Edition) The Replacements 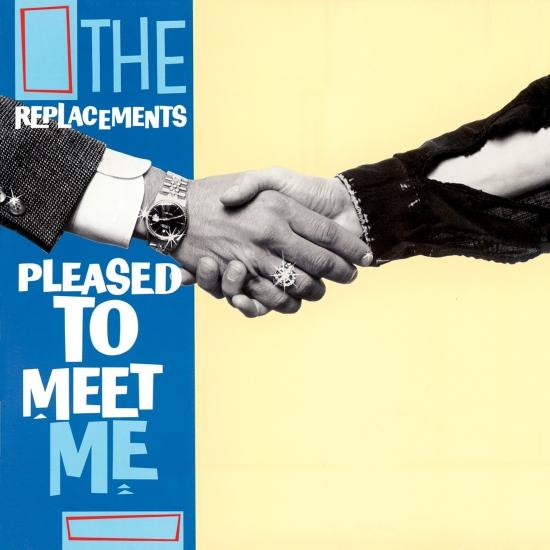 Info for Pleased To Meet Me (Remastered Deluxe Edition)

Originally released in 1987, Pleased To Meet Me is the fifth studio album from The Replacements. Formed in Minneapolis in 1979, The Replacements initially started out as a punk rock band but grew to be one of the pioneers of alternative rock. Pleased To Meet Me is the onlyalbum from the band recorded as a trio after guitarist Bob Stinson's exit after the release of their fourth studio album Tim, and before the addition of guitarist Bob 'Slim' Dunlap.
All things considered, Tim was an easy transition to the majors for the Replacements, at least as far as the making of the album goes: things went wrong after the release, as the band botched big showcases like its Saturday Night Live spot, leading up to the dismissal of Bob Stinson at the conclusion of the Tim tour. The dust hadn't settled when the 'Mats headed down to Memphis to record Pleased to Meet Me with producer Jim Dickinson at Ardent Studios -- or to phrase it in Alex Chilton-speak, to record with Big Star's 3rd producer at the studio where all three Big Star albums were made. All this fanboy worship perhaps naturally led to a full-blown mash note to Paul Westerberg's idol, who also turned up to play a couple of licks on a finally finished "Can't Hardly Wait," which initially was attempted with Chilton as a producer before Tim, but Pleased to Meet Me didn't resemble either the crystalline pop of #1 Record or the narcissistic black hole of 3rd. Dickinson gave the Replacements a full-blooded, muscular production, cranking up guitars, hauling out an upright bass for Tommy Stinson, and bringing in horns -- even strings -- to flesh out Westerberg's songs. This was the Replacements as professionals and, ever the contrarians, they strained against it -- albeit only sporadically and underneath the surface -- with Westerberg's outsider stance calcifying into the invigorating bitterness of "I.O.U." and "I Don't Know." These two proto-slacker anti-anthems -- quite the inverse of the call to arms of "Bastards of Young" and "Left of the Dial" -- are the only times the group's self-sabotage surfaces here, as the bandmembers pretty much give themselves over to Dickinson's studio savvy, leading to the ominous pulse of "The Ledge" and the brilliant, shining power pop of "Never Mind," "Alex Chilton," and "Valentine," along with such left-field twists as the mock jazz of "Nightclub Jitters." This kind of colorful, almost cinematic production -- even the greasy rocker "Shooting Dirty Pool" is enhanced by the sound of breaking glass -- was unheard of on a Replacements record and it all came to a head on "Can't Hardly Wait," which was glossed over with swelling strings and the Memphis Horns. All these fancy accoutrements would seem like the antithesis of the Replacements' spirit, but Dickinson's grand production merely blows the 'Mats up to epic scale, leaving their essence intact: Westerberg even gets a lovely fragile acoustic moment in "Skyway" and there are down-and-dirty rockers like "Shooting Dirty Pool" and "Red Red Wine" that feel like throwaways, but are necessary to the spirit of the record. The Replacements never sounded better with a bigger production than they did on Pleased to Meet Me, so it's hard not to see it as the one that got away, the record that should have been the breakthrough, especially in the year when fellow American underground rockers R.E.M. leaped into the Top Ten (but, it's also true that "The Ledge" may not have been the best single choice, as songs about suicides don't often provide entry into the Top 40). Then again, the Replacements don't make sense as a success story, so the failure of the gleaming, glistening Pleased to Meet Me winds up making its polish kind of heart-rending. As it turns out, this was the last time they could still shoot for the stars and seem like their scrappy selves and, in many ways, it was the last true Replacements album.
Paul Westerberg, vocals, guitar, bass, piano
Tommy Stinson, bass, vocals
East Memphis Slim, keyboards (tracks 1, 5, 7, 10, 11)
Chris Mars, percussion, vocals
Produced by Jim Dickinson
Digitally remastered
Please Note: We offer this album in its native sampling rate of 48 kHz, 24-bit. The provided 96 kHz version was up-sampled and offers no audible value! 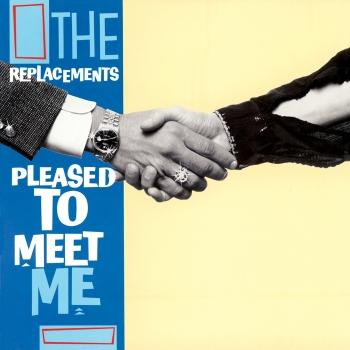 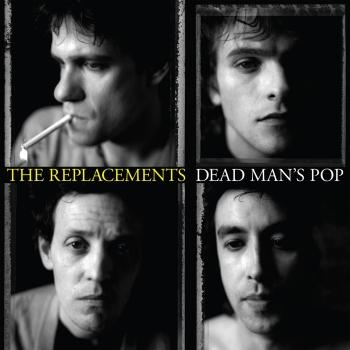