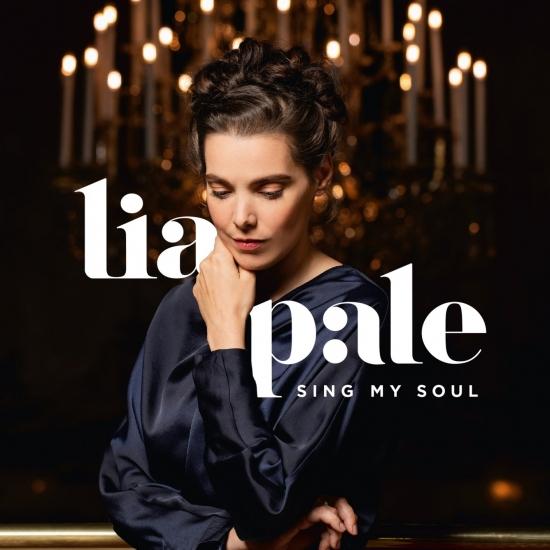 Info for Sing My Soul

Arias & songs by G.F. Händel arranged by Mathias Rüegg
The Händel Festival in Halle, Germany commissioned us last year with a program with arrangements of Georg Friedrich Händel's arias and songs. This premiere should have taken place in Halle this June - due to the current situation of the Covid - 19 pandemic, this, as well as others concerts including one at the Porgy & Bess in Vienna, have unfortunately been canceled or postponed. But we were lucky and thanks to the support of the „Austrian Musikfonds“ and Pro Helvetia we were able to go into the studio and record „our“ Händel instead. mathias rüegg had already completed the arrangements of our selected Händel arias and songs in December last year, and so we were able to rehearse intensively in May and June. Our house concert took place in a small group on June 13th - ten days before we went into the studio In five days we recorded twenty-one arias and songs, of which seventeen made it onto the album. „Sing My Soul“ will be released on October 14th 2020 on Lotus Records and on the same day our premiere and release concert of „Sing My Soul“ will take place at Muth - concert hall of the „Wiener Sängerknaben“ in Vienna.
I thought about writing something for this album for a long time and for the simple reason that one year ago I never would have thought that I would have recorded this album filled with Händel’s music, I decided to share how it all came to be. Last summer, after having finished our Kunstlied-Trilogy in the spring of 2019, mathias and I decided to stop our collaboration. As it seemed to us it was time to let this chapter go. Then out of the blue the Händel-Festival in Halle contacted me, asking if we would be interested in creating a Händel programme for June 2020. At first I wasn’t sure – as decisions pointing towards a change had already been made – but on the other hand, I simply couldn’t let this chance to dive into the world of baroque music pass me by. So I sat down with mathias to tell him that I wanted to accept the Händel offer, but at the same time, undertaking this change of epoch, to also change the line-up of what had been our band for the Kunstlied adaptions over the past 7 years. He hesitated but agreed to stay on board as arranger for this programme and keep working together for our Händel in a different way. He started arranging almost immediately for Tobias Faulhammer on guitar, Gregor Aufmesser on bass, Dominik Fuss on trumpet and flugelhorn and me on vocals and flutes. An intimate line up very much in the sense of baroque music. We were in the middle of working and getting to know the repertoire and mathias’ beautiful arrangements during our first rehearsals, when in March 2020 the lockdown due to the Covid19-Pandemic changed the whole world. The premiere in Halle was canceled as were all the concerts planned for our Händel programme. I spent this quiet time taking walks with my loved one, cooking a lot, recording and practicing in my kitchen, singing out of my window and submitting many, many applications for funding and financial support. We were lucky – and Pro Helvetia in Switzerland and the Austrian Musikfonds offered financial help. Thanks to the Austrian Musikfonds that funded us once 8 years ago for my first album gone too far in 2012, we were able go back into the studio to make this album. In five days in June 2020 we recorded 22 arias & songs of which 17 made it onto the album. Now I’m sitting here, after playing live again for the first time since the lockdown in my hometown in Wels on an open air stage, writing these liner notes for our Händel album Sing My Soul.
These times reminded me so clearly that you can never know where the road will lead you or simply what’s going to happen. And it dawned on me that even though we’re surrounded by all these uncertainties, music in one way or another remains a constant and – like a good friend – sticks around, no matter what. If you’re listening to your favorite songs or hearing someone practice from afar or birds singing outside your window every morning. Music remains. To me this is a wonderful reason to stay hopeful and keep on singing.
Lia Pale, vocals, flutes, percussion
Dominik Fuss, trumpet, flugelhorn
Tobias Faulhammer, guitar
Gregor Aufmesser, bass 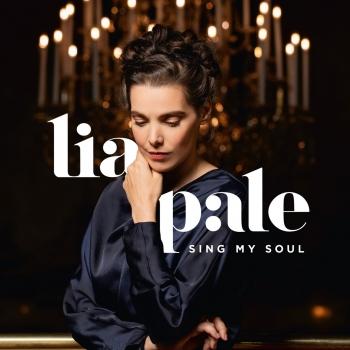 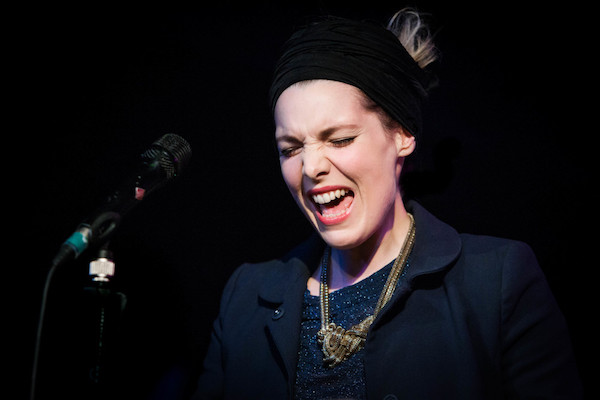 Julia Pallanch
was born in 1985 in Wels, Upper Austria. In her early childhood she started taking piano, flute and ballett lessons. In the brass band of her home town she played the flute till she graduated. From the very beginning she always knew, that she wanted to be a singer. After graduation at the Adalbert-Stifter-Gymnasium in Linz, a High School focusing on music education, she moved to Vienna and started to study Voice at the Music University of Vienna. She gathered her first live experiences by playing keyboards and singing with an Electro pop Trio called Roh Lex. In 2011 during a lecture at University, she met mathias rüegg and introduced herself by singing a Bob Dylan Song. Shortly after that she started her exchange year in Gothenburg/Sweden at Artisten. But through out the year she stayed in touch with rüegg via Skype and they started working together as a result of rüegg‘s engagement in the States. rüegg was in the middle of arranging two Schubert Songs for the Big Apple Circus in New York – which he had already done in 1993 for his Vienna Art Orchestra and the European Songbook. The idea was born to continue this path together by transferring Schuberts Songs of Winterreise in a different musical context and to sing them in English.
And so the collaboration of Julia Pallanch and her mentor mathias rüegg begins. From it, their first album Gone Too Far develops with 11 songs of Schuberts cycle „Winterreise“ and was released in 2013 on Universal Music Austria and premiered on February 14th 2013 at Porgy & Bess in Vienna. Julia Pallanch turns to Lia Pale (last three letters of her first name, first three letters of her last name) and she instantly sings herself into the hearts of the audience and captures the critics and experts with her sense of timing and phrasing. Herself still being in a stage of doubts and insecurities she continues to devote herself to Jazz, her greatest inspirations being Billie Holiday Chet Baker and Miles Davis. At the same time her interest for classical music starts to grow more and more and she spents most of her time listening to Maria Callas or Glenn Gould studying their lifes and works. But her strongest inspiration and one and only hero is and will always be Mister Charles Chaplin. Besides watching all his movies and transciribing the Non-Sense-Ssong her hobbies are Tap Dance and Lindy Hop.
After touring rüegg and Pale started working on their second album with poems by Heinrich Heine and Rainer Maria Rilke set to music by rüegg.
Referring to Schumann‘s Dichterliebe they named it My Poet‘s Love and it was Pale and rüegg‘s second album for Universal Music Austria. The album features six different trumpet players, each of them contributing one or more soli in their own individual style, including Thomas Gansch, Juraj Bartos and Mario Rom. My Poet‘s Love premiered live on February 2nd 2015 at the Porgy & Bess in Vienna.
In the meantime Gone Too Far had grown from eleven songs of Schubert’s Winterreise to all twentyfour. Through many live concerts and continues recordings – step by step - the whole cycle of songs was completed – even six from the original eleven songs of Gone Too Far were recorded again. And after finishing the Winterreise in 2016, Lia decides to walk the Camino de Santiago on her own. All the way from St Jean Pied de Port to Santiago de Compostela and by walking this path she experiences her very own, personal „Winterjourney“ facing wind, weather and loneliness. Returning back home she decides to once more sing most of the songs anew and with it finally completing her musical and personal journey around Schubert‘s Winterreise. The talented newcomer had developed into a singer with profoundness and a matured voice of many colours and shades. After five years of intense musical work and through it the search for identity, in a way their collaboration led to a new beginning when their „Winter Journey“ was completed. A Winter‘s Journey was released in April 2017 on Lotus Records.
In Fall 2016 Pale and rüegg began to work on The Schumann Song Book - continuing their path in between tradition and new interpretation. Of more than threehundred songs by Robert Schumann they chose their personal favourites and this time parts of the original scores appear in every arrangement in a different way. The Schumann Song Book premiered on November 3rd 2016 at the Porgy & Bess in Vienna and was recorded in June 2017. Schumann‘s Songs in a new version will be released on December 8th 2017 on Lotus Records.
Although Pale and rüegg‘s work is in between musical worlds, it is basically „Jazz“ in the sense of taking something and turning it to something else, something new. Just think of Mackie Messer and how many translated and rearranged versions there are of Mack the Knife!
No one can invent the world anew, but one can interpret it in a different way : )...