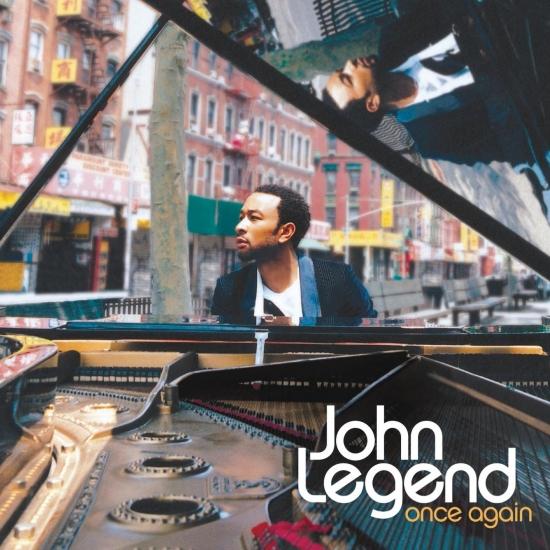 Info for Once Again

If John Legend hadn't made his name working with Kanye West, producing Jay-Z, and playing on Lauryn Hill's classic „The Miseducation of Lauryn Hill“, his 2004 studio debut „Get Lifted“ would have still established him as a true frontrunner in the world of R&B. His studio follow-up, 2006's „Once Again“, is better than its predecessor; the music is still steeped in vintage 1960s- and '70s-flavored R&B, but Legend's songcraft, productions, and nuanced singing are even more appealing.
Most impressively (especially for someone who swapped his birth name for "Legend"), the music is remarkably understated, subtle, and textured. The cool-toned groove of the album's lead-off single, "Save Room," is a case in point, as is the beautiful, mid-tempo "Show Me," which floats on intricate electric guitar patterns and swelling strings. The vibe is deep on „Once Again“, and beautifully restrained; the productions are contemporary and tinged with hip-hop aesthetic, yet they're never overbearing. Horns, piano, tasteful strings, and a pulsing rhythm section provide a sweet canvas for Legend's seductive croon and falsetto swoops. „Once Again“ is a true soul record, and Legend is rapidly gaining on his competitors as the king of the neo-soul mountain.
„Get Lifted netted John Legend a major hit ("Ordinary People") that will be heard on adult contemporary stations and throwback-oriented programs as long as they exist, platinum status, and three Grammy titles -- including the potential kiss of death that is Best New Artist. If Legend hadn't linked up with Kanye West or any other connected industry figure, he'd probably be well into a string of independent albums and would likely have a fanatical cult following through persistent touring. It doesn't take much exposure to his songs to sense this alternate scenario. No one can deny that Legend has had considerable help from his collaborators, and he continues to get that support this time out -- there's West, will.i.am, Sa-Ra, Raphael Saadiq, Plant Life's Jack Splash, and a massive crew of session musicians, but it's already evident that Legend only needs a piano to get by. Even with its many producers, Once Again is much more focused than Get Lifted, and the quality of its songs is equally high. Legend's obviously doing everything in his power to not fall off. He pours so much of himself into each one of these songs, whether they're about flings with groupies or breakups with long-term girlfriends, that the album can begin to wear around the eighth track. The songs flit back and forth between easygoing, butterflies-of-love-type sentiments and deep drama, with both sides expressed through similar levels of intensity. As much as anyone else, Legend would benefit from the recent (and generally welcomed) return of the 40-minute R&B album. If the album is missing something, it's a snappy, unapologetically swaggering track in the vein of Get Lifted's "Used to Love U," or perhaps a song or two that doesn't seem intent on displaying impressive musicality, but there are enough undeniably bright spots to please those who have already been won over. While Once Again might not get as much attention as its predecessor, it's more assured and sounds nothing like an experiment to see what sticks. Legend now knows exactly where he fits, and he's not holding back in the least.“ (Andy Kellman, AMG)
Produced by John Legend, Kanye West
Digitally remastered 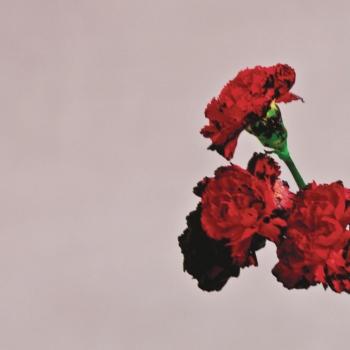 Love In The Future 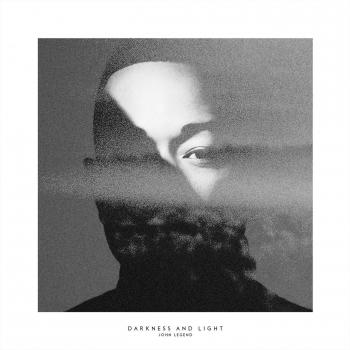 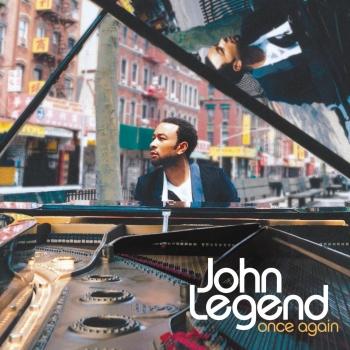 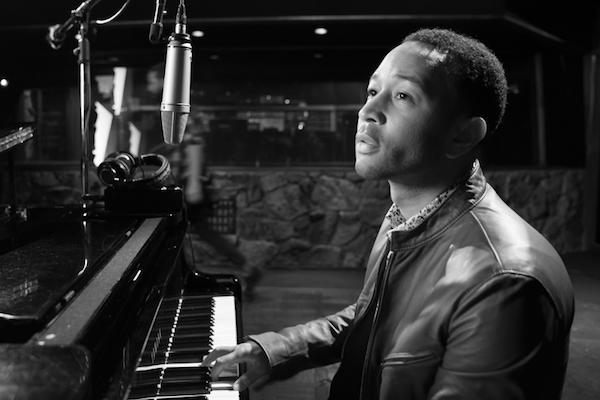 John Legend
is a nine-time Grammy Award winning recording artist, critically-acclaimed concert performer, philanthropist/social activist, and was named one of Time magazine’s 100 most influential people. Legend’s debut album, Get Lifted (2004) sold more than three million copies worldwide and earned an astounding eight Grammy nominations with three wins for Best New Artist, Best Male R&B Vocal Performance and Best R&B album. Legend’s follow-up album, Once Again (2006) earned RIAA platinum certification and a Grammy Award for Best Male R&B Vocal Performance. High off the success of his third consecutive Top 10 album, Evolver (2008), Legend embarked on an extensive world tour with an 11 piece band - his largest traveling show to date. Inspired by the monumental 2008 Presidential election, Legend teamed up with The Roots to release the socially conscious album, Wake Up! (2010.) The album was nominated for five Grammy Awards and won Best R&B Album, Best Traditional R&B Vocal Performance and Best R&B song (for “Shine”- an original composition also featured in Academy Award-winning director Davis Guggenheim’s documentary film Waiting for Superman) along with two NAACP Image Awards for Outstanding Album and Outstanding Duo, Group or Collaboration. In 2007, Legend launched the Show Me Campaign, a nonprofit organization fighting poverty around the world. John also sits on the Boards of The Education Equality Project, Teach for America, and the Harlem Village Academies. Legend has been honored several times for his activism, including the 2010 BET Humanitarian of the Year award, the 2009 CARE Humanitarian Award for Global Change, and the 2009 Africare’s Bishop John T. Walker Distinguished Humanitarian Service Award. In early 2012, Legend released one of the hottest songs of his career, the RIAA gold-certified hit “Tonight (Best You’ve Ever Had),” which sat atop the Urban AC radio chart for six consecutive weeks. Legend recently released his fifth studio album Love in the Future, with executive producers Kanye West and Dave Tozer, and will embark on a North American tour this autumn.