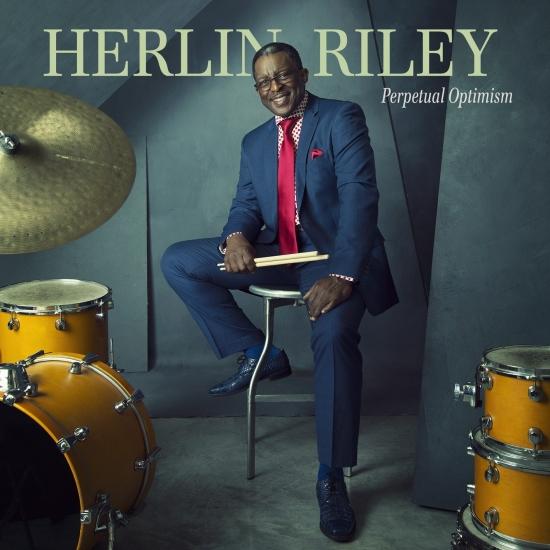 “I want to live in a world where my glass is always half full!” That’s the inspiring maxim of New Orleans master drummer Herlin Riley. On his second Mack Avenue Records release, Perpetual Optimism, the longtime anchor of the Jazz at Lincoln Center Orchestra preaches his silver-lined gospel on 10 tracks whose joyous spirit and contagious swing are sure to convert any listener to the bright side.
In the end, Riley hopes that the music of Perpetual Optimism helps spread the upbeat manifesto that he’s chosen to live by. “I always look forward, no matter what happens in life. If you’re grieving or faced with an emotional challenge, keep in mind: If you’re still breathing, there’s a chance that you can overcome and thrive. Commit yourself to PERPETUAL OPTIMISM!”
"If more albums like this were being made today, the world wouldn't be in the terrible state it's in. People would be far too happy to want to do the dirty on one another." (AllAboutJazz)
Herlin Riley, drums, vocals
Emmett Cohen, piano
Russell Hall, bass
Godwin Louis, alto saxophone
Bruce Harris, trumpet 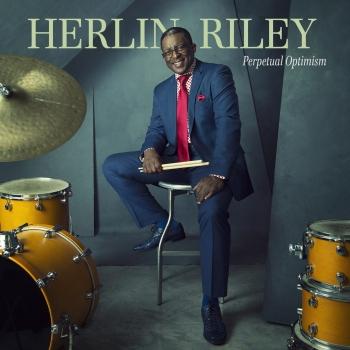 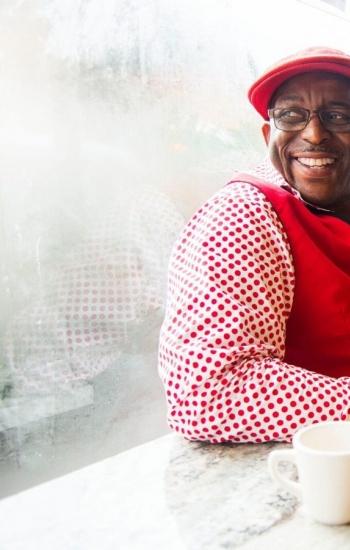 Herlin Riley
Since coming of age in the nurturing environment of a very musical family and a distinguished bloodline of drummers, New Orleans native Herlin Riley emerged from that most creative era of all things rhythmic in the late ‘70s and early ‘80s, to enliven the ensembles of such influential and demanding improvisers as pianist Ahmad Jamal and trumpeter Wynton Marsalis through his commanding yet elegant rhythmic presence.
His authoritative style of melodic percussion is deeply imbued in the fertile creative soil of the Crescent City, encompassing as it does the entire length and breadth of America’s ongoing musical journey.
Now with the release of his debut recording for Mack Avenue Records, Riley’s New Direction is an engaging, wide-ranging recital that distills a lifetime of experience into a swinging body of new music that defines what a big tent the music of New Orleans has always represented stylistically and spiritually.
“You see,” Riley explains, “New Direction reflects a personal transition from being a musical associate with the likes of Ahmad and Wynton, to functioning in a leadership capacity, both as a bandleader and a composer. Like Art Blakey, I’m trying to maintain a certain exuberance by using all younger musicians, while helping them develop their own voices. So many great musicians and drummers have come out of New Orleans, and that really defines my personal legacy; I’m standing on the shoulders of giants. But I’ve been playing drums since I was three years old, so while the title New Direction may suggest new bottles, this is surely some well-aged wine.
“As a boy growing up in New Orleans, way before you heard that big bass drum in the street parades, you could feel it coming from four or five blocks away, and it would literally beckon you to come on down to the street, check out this music, and participate in it. On ‘Connection to Congo Square’ I quote the ‘Reveille’ in my intro. It reflects the melodic nature of how I tune my tom toms and is also a symbolic call to arms, for all the cats from the different neighborhoods to gather ‘round and participate in this celebration, this collective dialog. In everything I play, there’s some reference from my own personal experience, and while it may not be explicit, it’s all underneath there somewhere.”
For all the hard rhythmic driving intensity of New Direction, Riley is not one of those drummers who needs to blast away to captivate listeners and to remain engaged. There’s a consoling sweetness to the thematic variations of the slow groove on “A Spring Fantasy” and the manner in which Riley narrows the stylistic distance between hand percussion and the drum kit – just as he elicits those mysterious bent notes of the great congueros on his intro to the sultry changes of “Shake Off The Dust.”
“Still, when the music came to me, it was not with any particular intent. Everything on this record is something I’ve lived. It’s like cooking a big pot of gumbo; you may start out with some very humble ingredients, but by the time you’re finished, you have a meal fit for a king. I mean, the essence of jazz music to me is that it is free, but it has form. So our music is modern, and it’s progressive, but we’re trying to engage people as well. I do love to groove; that is a big part of who I am, and that is why as an expression of where I would like to take my music, New Direction feels very much like…like home.”