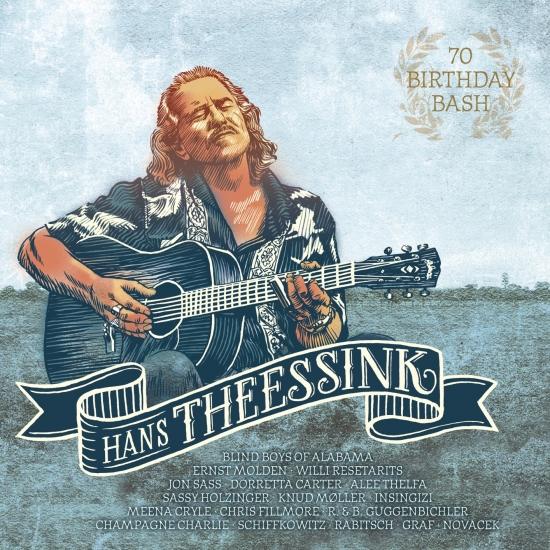 On April 4th, 5th, 6th and 7th 2018 the legendary Hans Theessink Birthday Bash concerts took place at the Metropol in Vienna. Fans and musical friends came from all over Europe and North America to celebrate Hans’ 70th birthday. The atmosphere was splendid and the performers took us on a marvellous musical journey. The 70 Birthday Bash album is a unique document full of great moments and unusual sessions. Hans Theessink is a great singer, songwriter and a virtuoso guitarist whose great love for American roots music has, over the years, given us some cracking album’s full of blues, rock ‘n roll and country-folk music. He’s always been willing to share ideas and experiment with a diversity of music and it’s all demonstrated here with his guests on this joyous celebratory Birthday Bash. Hans played his heart out on every single track! Is this any way to spend your birthday? Course it is.
Featuring: Blind Boys Of Alabama, Jon Sass, Dorretta Carter, Alee Thelfa, Knud Møller, Insingizi, Ernst Molden, Willi Resetarits, Sassy Holzinger, Schiffkowitz, Meena Cryle, Chris Fillmore, R. & B., Guggenbichler, Champagne Charlie, Rabitsch, Graf, Novacek. 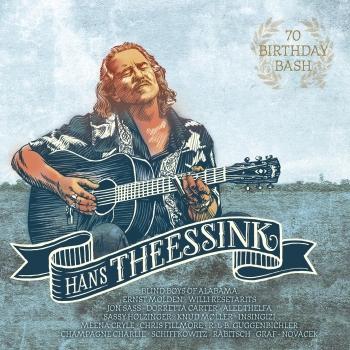 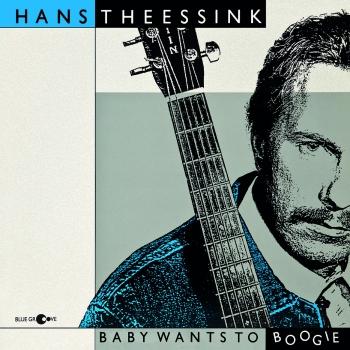 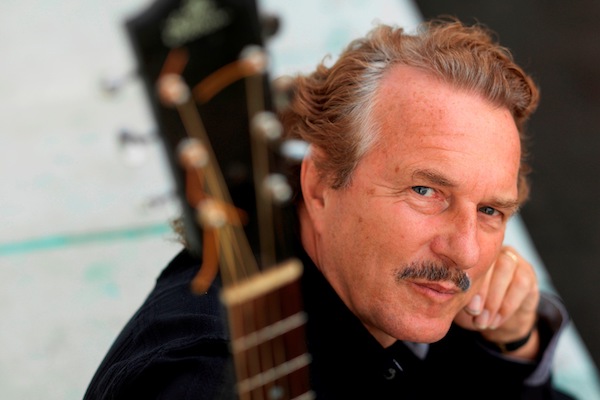 Hans Theessink
We've already had an American in Paris, but a Dutchman in Vienna? And one who has dedicated himself, body and soul, to American blues and roots music? Okay, Hans Theessink (pronounced Tay-sink) did not pick the easiest way to do this, but he has done so with a certain degree of single-mindedness.
Like others of his generation, in the early 1960‘s a love of the Blues took hold of the man whom Bo Diddley described as "one helluva guitar player", and it has not let go since. Above all, the country blues with its earthy and heartfelt sound impressed Hans Theessink and played a major role in his development as a musician. His roots are unmistakenly in the blues, but has also been influenced by countless other aspects of roots music. This musical variety has become a trademark of Hans Theessink, who as a songwriter has succeeded in building bridges to the present in addressing issues which reflect the reality of the here and now.
Hans is probably Europe's bluesexport Nr.1 - one of the top blues and roots musicians worldwide who has entertained audiences around the globe during a musical career that spans over more than 35 years. The world's leading bluespaper - US magazine Blues Revue wrote: "Hans Theessink is an international blues treasure. He is one of the world's pre-eminent country pickers and his warm baritone expresses blues".
Theessink's first recording was an EP in 1970. Since then his music has continually developed and so far Hans has released 20 albums, a songbook, a blues-guitar instruction video and a DVD. His CDs are guaranteed award winners. "Banjoman", the tribute project to Derroll Adams, that Hans produced with Arlo Guthrie, was recently nominated for a Grammy.
In 2004 Hans got the Austrian Amadeus award for "Songs from the Southland", a tribute to the music of the American South - a constant source of inspiration and companion on his musical journey. A Danish Music Award for best bluesalbum followed in 2005. His most recent CD "Bridges" - a recording with the new Hans Theessink Band, is again nominated for the Amadeus in the category best Blues-, Jazz-, Roots-, Folk-album. Hans' latest work is a DVD "Live in Concert" - "A Blues & Roots Revue" - it shows the Hans Theessink Band in action + lots of other special features. Hans' productions are known for their excellent sound quality and are also in big demand in HiFi circles.
Through his unmistakable guitarwork, sonorous baritone voice and stage presence, Hans has attained a status which is unique for a European. He has performed at many of the most prominent North American music festivals such as the "New Orleans Jazz & Heritage Festival", the "Chicago Blues Festival", the "Kerville Folk Festival", the "Toronto Soul & Blues Festival", the "Kansas City Blues & Jazz Festival", the "Edmonton Folk Festival", the "St.Louis Blues & Heritage Festival", the "King Biscuit Blues Festival", the "Woody Guthrie Festival" and the "Ultimate Rhythm and Blues Cruise" to name a few.
Hans Theessink has become one of the most sought-after artists of the international blues scene. He is more or less constantly "on tour" and plays an average of 200 concerts a year - a modern day troubadour and entertainer who keeps on spellbinding audiences all over the world with his rich and emotional sounds.