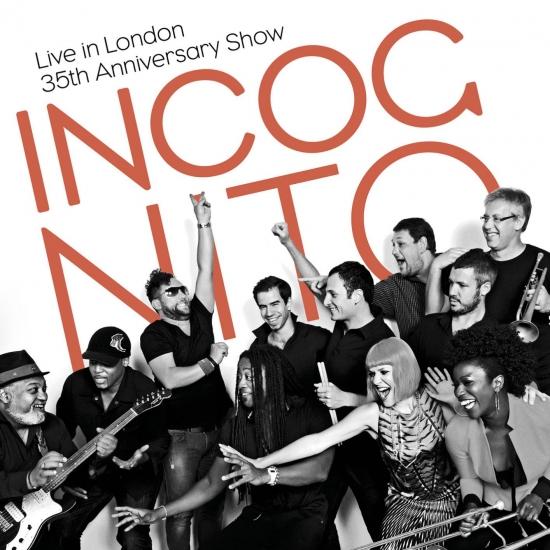 On July 12, 2014, Incognito threw a party that will surely be remembered for years to come. To celebrate the band’s 35th anniversary in style, Incognito performed at London‘s O2 Shepherd‘s Bush Empire and invited friends, family and fans to join them for a wild night out.
With guest performances by genre and music companion Mario Biondi, American soul diva Carleen Anderson and friends and artists from former and current times like Mo Brandis and Imaani, Incognito plucked out songs from their 17 studio albums for an amazing performance, delivered in style, with passion, with soul and with heart.
Formed in 1979 and having been successful for over 35 years now, the global phenomenon behind mastermind Jean-Paul ‘Bluey’ Maunick, presented the band’s greatest hits like their #6 UK single charts success “Always There”, their first single ever “Parisienne Girl” as well as recent songs like “Goodbye To Yesterday”, fan favourites and songs dear to the band on this night to remember. The memorable gig brought the essentials of Incognito, the jazz, blues, funk, soul, latin and dance together for a perfect blend.
Adds Bluey: “For those of you who joined us for this celebration, this will hopefully bring back fond memories and make a great souvenir of the night! And for those who could not attend the show, here’s what you missed… Enjoy!” 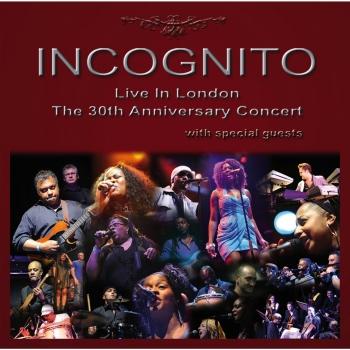 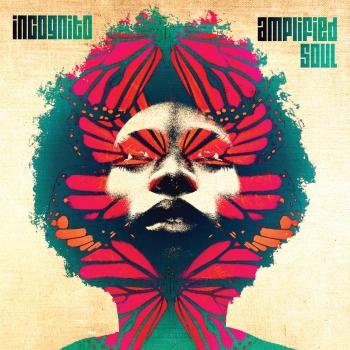 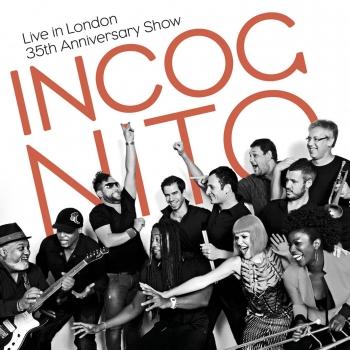 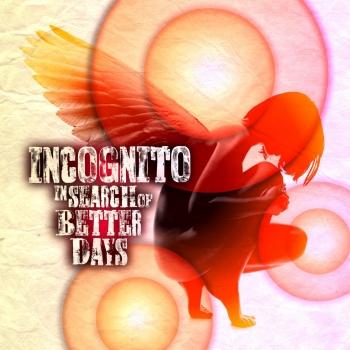 In Search of Better Days 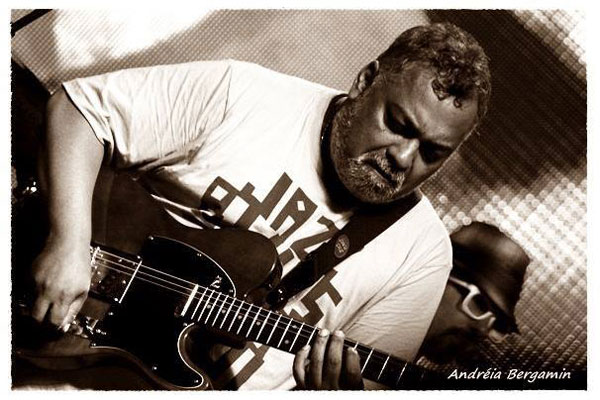 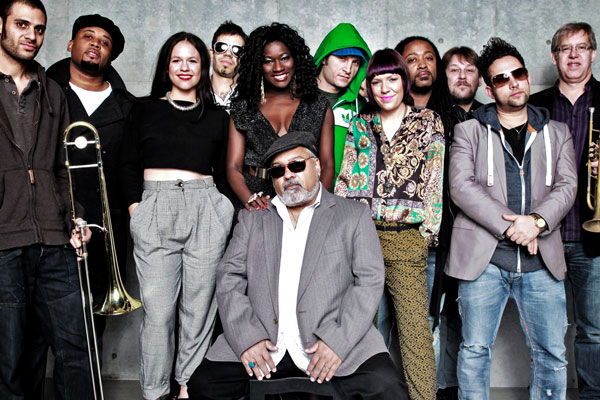 Incognito
were originally formed by Jean-Paul 'Bluey' Maunick and Paul 'Tubbs' Williams in 1979. Both were the original members of the late-'70s disco-funk group Light of the World. Whist Tubbs had been a contributing member of another L.O.T.W. off shot Beggar & Co, Bluey had formed Freeez with Jonny Rocca and Peter Maas, but throughout the time that they worked on other projects they would meet at Bluey's house in North London to play music in a makeshift bedroom studio, for they both had a musical affinity and an undying love for funky jazz.
They decided to take a couple of their home made jams into the studio, and so it is that Incognito debuted with the single 'Parisienne Girl' (which also featured another L.O.T.W member Peter Hinds) and released the 1981 LP Jazz Funk. The planned second album 'Behind the mask' in 1983 went into a jazz rock fusion direction and came out under another name (The Warriors). Throughout the 80's Bluey continued to write material for his group, even while working with Maxi Priest, Total Contrast, Steven Dante and others. Tubbs went on to work with George Michael and Rosie Gaines and later moved to the Netherlands. By the beginning of the 1990s, DJ legend and early Incognito fan Gilles Peterson had founded the Talkin' Loud label and he made Incognito one of his first signings. The 1991 single 'Always There' (with vocals by Jocelyn Brown) became a Top Ten hit as part of Britain's booming acid jazz scene, prompting the release of Incognito's official second album 'Inside Life'. It was largely a studio affair, with Bluey and engineer Simon Cotsworth directing a large cast with many of the best musicians in Britain's fertile groove community.
In 1992 they released Tribes, Vibes and Scribes. Bluey added American vocalist Maysa Leak. and cover of Stevie Wonder's 'Don't You Worry 'Bout a Thing' became another hit for the band. The album ascended Britain's pop charts and went on to feature in the America's contemporary jazz charts. The third album, 'Positivity' in 1993 became the group's biggest album success, with much attention across Europe as well as Britain. That album also spawned 'Deep Waters' which would become their biggest radio hit in the USA to date!
The band toured relentlessly and Pamela Anderson and Joy Malcolm were brought in as featured vocalists on their 1995 world-wide hit album 100° and Rising. Leak returned though... appearing on the following year's luscious and warm sounding 'Beneath the Surface'.
Incognito later expanded their discography with 1996's Remixed which featured the dons of the dance scene Masters At Work, David Morales, Roger Sanchez and Pete Rock, 1998's Tokyo Live, and 1999's No Time Like the Future which featured the hit 'Nights Over Egypt'. The group's next two albums were again made without Leak, 2001's Life Stranger Than Fiction and 2003's Dome / Edel debut Who Needs Love, which featured Brazilian vocalist Ed Motta, Joy Rose & Kelly Sae.
More releases on Dome records followed with Adventures in Black Sunshine In 2004 featuring the late George Duke on the cut 'Minding My Business'. The Aptly named eleventh album 'Eleven' featuring Imaani and Tony Momrelle followed in 2005. Bees + Flowers + Things appeared at the end of 2006. The album was a mix of cover versions along with stripped down re-recordings of four Incognito classics.
In 2008 Bluey and company released Tales from the Beach and More Tales Remixed. In 2010 they issued two albums: Live in London: The 30th Anniversary Concert and the studio set Transatlantic R.P.M., featuring guest appearances by Chaka Khan, Mario Biondi, Leon Ware, Al McKay, Christian Urich from Tortured Soul, Ursula Rucker, and Maysa among others. A cover of the classic Boz Scaggs 'Lowdown' saw the band international status grow more and more popular. 'Surreal' in 2012 featured Vanessa Haynes and two newcomers Natalie Williams and Mo Brandis with the addition of new younger musicians in the rhythm section, and once again the band took on a fresh direction on an old musical theme and provided their fans with unforgettable live shows.
The band celebrates it's 35th birthday in 2014 and the release of their 16th studio album.