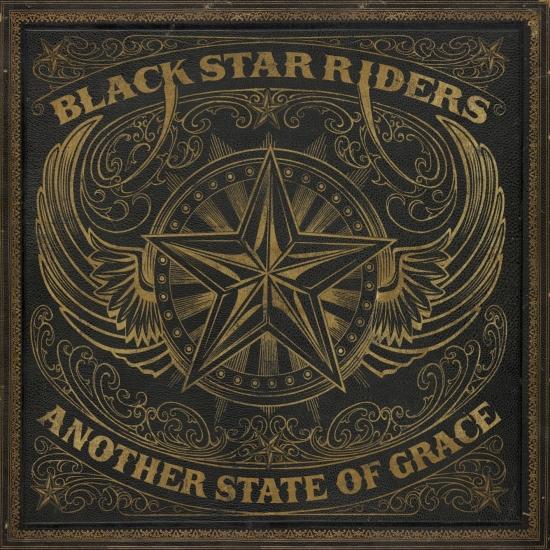 Info for Another State of Grace

BLACK STAR RIDERS are back – with a new album, a new line-up, and what frontman Ricky Warwick calls “a new energy and chemistry”. In the seven years since Warwick and legendary guitarist Scott Gorham put BLACK STAR RIDERS together, they have made three of the finest hard rock albums, “All Hell Breaks Loose”, “The Killer Instinct” and “Heavy Fire”, of modern times. Scott Gorham and Ricky Warwick created BLACK STAR RIDERS out of the modern version of Thin Lizzy, the band in which Gorham had served in its golden age during the 1970s on classic albums including “Jailbreak”, “Bad Reputation”, “Live And Dangerous” and “Black Rose”. Rounding out the Black Star Riders line up is guitarist Christian Martucci, formerly of Stone Sour, bassist Robert Crane, formerly of RATT and Vince Neal, and drummer Chad Szeliga, formerly of Breaking Benjamin and Black Label Society.
Longtime supporter Joe Elliott, vocalist of DEF LEPPARD, says: "I've been an ardent supporter ever since they started their journey having moved away from being THIN LIZZY and becoming a legitimate band in their own right. For me, this is by far their best effort to date."
Warwick says: "This has probably been the most enjoyable experience in the studio I have had making a record. The vibe and commitment the boys brought into this was stellar. Our most anthemic and soulful album to date. I'm very proud and excited for people to hear 'Another State Of Grace'."
Gorham says: "It was great to be back in Los Angeles, and recording with Jay Ruston was an absolute pleasure. I am excited to see everyone's reactions to this amazing record… and I can't wait to get back on the road and play you these new songs."
Ricky Warwick, lead vocals, guitar
Scott Gorham, lead guitar
Robert Crane, bass
Chad Szeliga, drums
Christian Martucci, lead guitar 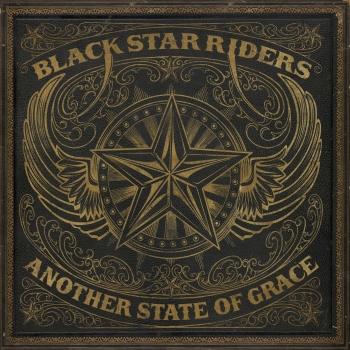 Another State of Grace 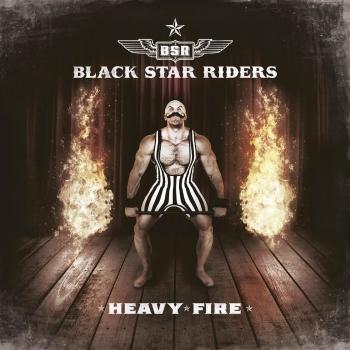 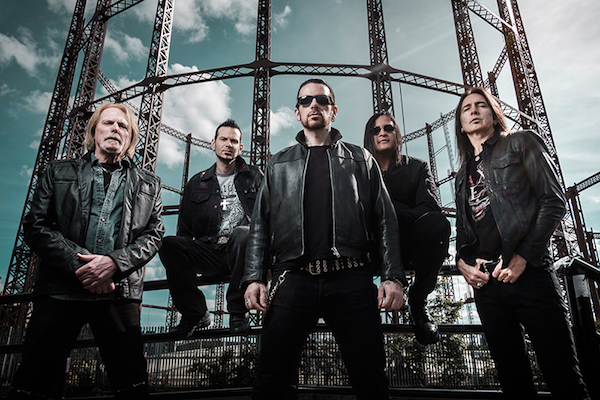 Black Star Riders
are a band with a huge pedigree. Featuring lead guitarists Scott Gorham (Thin Lizzy) and Damon Johnson (Thin Lizzy, Alice Cooper), lead vocalist/guitarist Ricky Warwick (Thin Lizzy, The Almighty), bassist Robert Crane (Vince Neil, Ratt) and drummer Jimmy DeGrasso (Megadeth, Alice Cooper, David Lee Roth), the band are in their fifth year and have three albums under their belt.
Formed in 2012 and taking inspiration for their name after a gang of outlaws in the 1993 western film Tombstone, the band quickly signed a record deal with A&R guru Monte Conner’s label, Nuclear Blast Entertainment. Their debut album, “All Hell Breaks Loose” (produced by Kevin Shirley) was released in May 2013. The release drew widespread acclaim from the world’s press and fans alike.
2013 & 2014 saw live appearances at the prestigious Download Festival in UK and Sweden Rock Festival in addition to headline tours of Europe, USA & Japan.
The bands second album, “The Killer Instinct”, was released in March 2015 and reached a UK national chart position of number 13. Produced by Nick Raskulinecz (Foo Fighters, Rush, Mastodon, Alice In Chains) in Nashville, the album features Warwick & Johnson as the primary songwriters. Coupled together with Gorham’s classic ‘Thin Lizzy sound’, Black Star Riders came up with something special. The album that surpassed the first in press and fan reaction and gaining many 9/10 and 10/10 reviews.
BBC Radio 2, the UK’s most listened to station, continued their support of the band’s releases and playlisted tracks from the album that gained them ‘Record of the Week’ status.
More touring continued into 2015 culminating in a UK arena run with Def Leppard & Whitesnake at the end of that year.
The bands third album “Heavy Fire” was released on February 3rd 2017 via Nuclear Blast Entertainment. Written and recorded in 2016 with Nick Raskulinecz again at the helm, the two lead singles were Radio 2 playlisted and again made “Record of the week” status.
The album is set for top 10 position in the UK national charts and top 20 in other European countries. An extensive UK headline tour starts March 2nd and many summer festival appearances are scheduled including the ‘special guest’ slot at the Ramblin’ Man Fair in UK.
Looking ahead, 2018 see’s the band invited to the SOLD OUT Rock Legend’s VI cruise out of Florida, alongside Sammy Hagar and Bad Company.