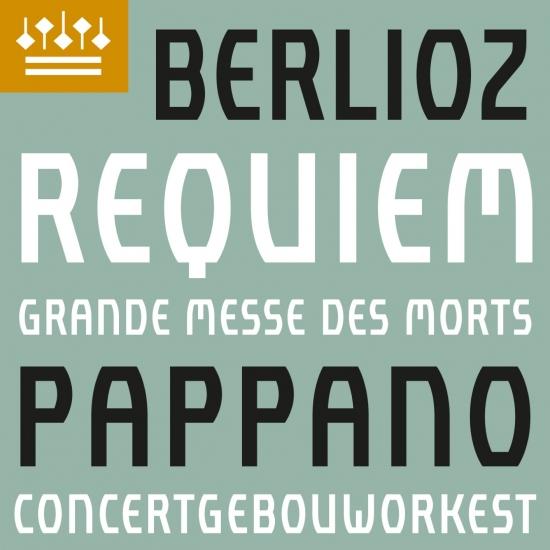 Berlioz composed his Requiem at the request of a French government minister to commemorate the soldiers who died in the July Revolution in 1830. The Requiem would become one of Berlioz’s most popular works, among other things because of its imaginative instrumentation and gigantic orchestration, including four brass ensembles distributed throughout the hall. The work was also dear to the composer’s own heart. He once said, ‘If someone were to threaten to destroy all my works, I would beg for mercy on behalf of my Grande messe des morts.’
This awe-inspiring work is in good hands with conductor Antonio Pappano, whose refinement, energy and drama, usually put to good use in the opera house, are exactly what the performance of this French mammoth calls for. The Chorus of the Accademia Nazionale di Santa Cecilia is supporting the Concertgebouworkest, and the solo tenor is the Mexican singer Javier Camarena.
"The Concertgebouworkest do justice to the magnificence of the music" (Peter van der Lint, Trouw)
"A splendid performance with, as expected by Antonio Pappano, intense text interpretation" (Lucrèce Maeckelberg, Klassiek Centraal)
"Javier Camarena shines in the higher register. Heavenly." (Merlijn Kerkhof, Volkskrant)
Javier Camarena, tenor
Chorus Santa Cecilia
Concertgebouworkest
Antonio Pappano, conductor 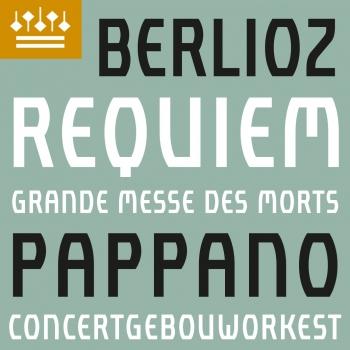 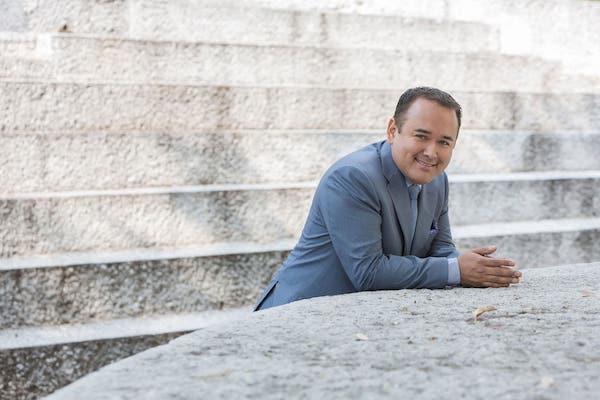 Javier Camarena
Mexican tenor Javier Camarena is the preeminent Mozart and bel canto specialist of his generation. Praised for his burnished tone, gleaming high notes, flawless coloratura and veracious portrayals, he regularly appears in leading roles alongside today’s foremost stars at the world’s top opera houses.
Javier Camarena begins the 2021-22 season with a recital tour in Mexico together with pianist Ángel Rodríguez. Further concerts and recitals take him to Puerto Rico, Chicago (Harris Theater) and Gdansk (Polska Filharmonia Bałtycka). On the occasion of tenor Enrico Caruso’s centenary of death, Camarena gives a concert in homage to the great singer together with the Orchestra dell’Accademia Nazionale di Santa Cecilia, conducted by Riccardo Frizza at the Sala Cecilia in Rome. Another recital tour brings him and pianist Ángel Rodríguez to Spain, with concerts in Barcelona, San Sebastián, Zaragoza and the Balearic Islands. He also travels to the U.S., giving recitals in Naples, Florida (Opera Naples), in Dallas (Dallas Opera) and in Los Angeles (LA Opera). On the operatic stage, the tenor can be seen in Donizetti’s L’elisir d’amore at the Gaetano Donizetti Theatre (Bergamo) in the role of Nemorino and begins a longstanding collaboration for the upcoming seasons of the Donizetti Festival. He returns to the Royal Opera House London to sing Verdi’s Rigoletto (Duke of Mantua). At the Metropolitan Opera in New York, he performs Donizetti’s Lucia di Lammermoor (Edgardo di Ravenswood) and sings concert performances of Bellini’s Il Pirata at the Zurich Opera House. Javier Camarena ends the season with singing the role of Tamino in Mozart’s Magic Flute at the Gran Teatre del Liceu in Barcelona.
In recent seasons, Camarena once again showed his great diversity in opera roles and as a concert performer. At the Paris Opera, after his great success as Ernesto in Don Pasquale, he sang Arturo in I Puritani and starred at the Opéra national de Paris in highly appraised performances of La fille du regiment. He made his longed-for debut at the Teatro Real Madrid as Gualtiero in Bellini’s Il Pirata in one of the most difficult tenor roles ever. He returned to the Zurich Opera House as Don Ramiro in La Cenerentola, before also performing this role at the Metropolitan Opera in New York. As part of the Met Stars Live in Concert series, he joined Angel Blue, Pretty Yende and Matthew Polenzani for the New Year’s Eve Gala, live from the Parktheater at the Kurhaus Göggingen (Germany). Together with Plácido Domingo he sang a gala concert at the Bolshoi Theatre in Moscow and travelled to Spain for a gala concert at the 35th Festival Castell de Peralada. Further concert engagements brought the tenor to the Opéra de Monte-Carlo, the Teatro Real in Madrid, the Gran Teatre del Liceu in Barcelona, Oviedo, Murcia, San Sebastian, to the Auditorio Principe in Oviedo, the Palau in Valencia and the Auditorio Nacional in Madrid.
It was at the Palacio de Bellas Artes in Mexico City that Camarena made his professional debut, as Tonio in a 2004 staging of La fille du régiment, and he has since returned to the house for three further productions. In 2007, he joined the ensemble of the Zurich Opera. Four years later, he made his debut at the Metropolitan Opera as Almaviva in Rossini’s Il barbiere di Siviglia, which is one of the signature roles for which he is best known. Others include the same composer’s La Cenerentola (Don Ramiro) and Comte Ory; Mozart’s Die Entführung aus dem Serail (Belmonte) and Così fan tutte (Ferrando); Donizetti’s L’elisir d’amore (Nemorino) and Lucia di Lammermoor (Arturo); Verdi’s Falstaff (Fenton); and Bellini’s La sonnambula (Elvino). Equally celebrated for appearances at San Francisco Opera, Paris Opera, Barcelona’s Gran Teatre del Liceu, Dresden’s Semperoper and the Vienna and Bavarian State Operas, the tenor has collaborated with such eminent conductors as the late Claudio Abbado, Marco Armiliato, Maurizio Benini, Bruno Campanella, Giuseppe Finzi, Daniele Gatti, Fabio Luisi, Zubin Mehta, Evelino Pidò and Franz Welser-Möst.
Camarena’s discography includes three solo titles for Sony: Recitales (2014), Serenata (2015), and a Latin pop album titled Javier Camarena Canta a Cri Cri (2016). In August 2018 Decca released his highly anticipated and acclaimed Album Contrabandista. He also appears on numerous operatic DVD/Blu-ray releases (e.g. at the Zurich Opera with Mozart’s Così fan tutte in 2010, Verdi’s Falstaff in 2012 and with Cecilia Bartoli in Rossini’s Le Comte Ory in 2014).
Born in Xalapa in Mexico’s State of Veracruz, Javier Camarena studied with mezzo-soprano Cecilia Perfecto at the Universidad Veracruzana before completing his musical studies with honors under Hugo Barreiro and Maria Eugenia Sutti at the University of Guanajuato. In 2004, he took first prize in Mexico’s Carlo Morelli National Singing Competition, and the following year he won the Juan Oncinas Award at Barcelona’s Francisco Viñas Competition, after which he was invited to join Zurich’s International Opera Studio under the mentorship of fellow tenor Francisco Araiza. In 2021, Javier Camarena was awarded with the International Opera Awards as „Male Singer of the Year“.