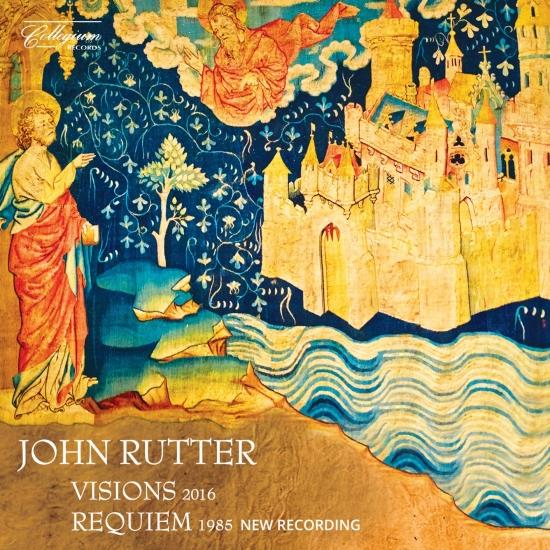 John Rutter's latest major work Visions is a four-movement showpiece for solo violin, string orchestra, harp, and choir of treble voices, based on the theme of Jerusalem, the Holy City of prophetic imaginations. It was composed at the invitation of the 2016 Menuhin Competition and premièred at a Festival concert in London's historic Temple Church by Kerson Leong, winner of the 2010 Junior Menuhin Prize, and the Choristers of the Temple Church. They are joined by the Cambridge Singers and the young and vibrant Aurora Orchestra.
Rutter's Requiem has enjoyed immense popularity since its premiere recording in 1986. 30 years on, John Rutter takes advantage of advances in recording technology to revisit the work with a new generation of Cambridge Singers.
„John Rutter's Requiem Mass of 1985 was not the first composition to show his mature style, but it served notice of his place in the rising neo-Romantic movement of the time with its unashamedly melodic idiom, drawn on that of Gabriel Fauré's Requiem (and performed with that work in its American premiere) and boiling it down to simple structures. Whether you like Rutter or not, you will concede that here he has not let the Devil have all the good tunes. The work has been one of Rutter's most successful and has been recorded several times, but this release by Rutter's own Cambridge Singers and Aurora Orchestra marks the first under his baton since his 1985 recording. One of his stated reasons for recording the work again was to take advantage of the evolution of digital technology since those infant days, and here the recording succeeds solidly, with absolute textual clarity in the acoustically ideal All Hallows Church, Gospel Oak, in London. That also serves Rutter well in a second goal: that of introducing a new work as a balance to the early one. Visions (2016) was written for its violin soloist, Kerson Leong; it is for violin, chorus, and orchestra, and is based on biblical texts that each describe a different vision. This plays to Rutter's strengths in finding texts that connect with listeners emotionally and setting them accessibly, and the work shows that the septuagenarian Rutter has lost none of his touch. The forces -- a different choir and conductor, but the same orchestra -- introduce an attractive, subtle contrast with the Requiem Mass, which itself is frequently gorgeous (sample the "Agnus Dei" for a taste of Rutter at his tuneful best). This recording may not win over Rutter detractors, but it's a fair bet that his fans will flock to it.“ (James Manheim, AMG)
John Rutter: Visions (2016):
Kerson Leong, solo violin
The Temple Church Boy’s Choir
Aurora Orchestra
Requiem (1985) new recording:
Alice Halstead, solo soprano
The Cambridge Singers
Aurora Orchestra
John Rutter, conductor 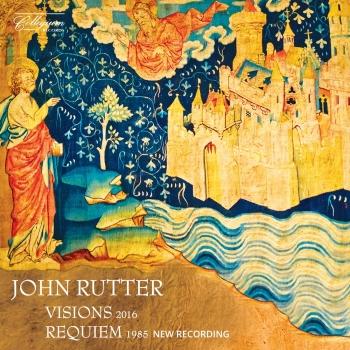