Zombies On Broadway Andrew McMahon in the Wilderness 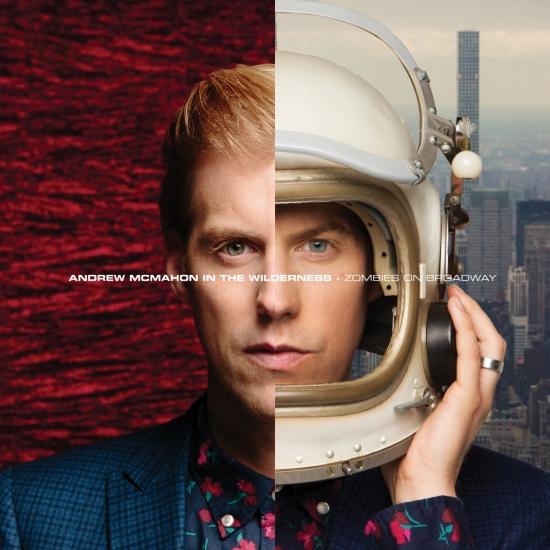 Info for Zombies On Broadway

Andrew McMahon in the Wilderness returns with the release of his new album „Zombies on Broadway“ via Vanguard Records. The New York City inspired album is a follow-up to McMahon's eponymous debut that launched the Gold-selling, cross-genre; Top 5 Alternative and Hot AC hit „Cecilia And The Satellite.“ Zombies on Broadway features the current Alternative Radio Top 20 hit „Fire Escape.“
McMahon talks about the impetus behind Zombies on Broadway - "I wrote this album in the middle of a whirlwind, when the future was unclear. I found my way to the city, thinking I could settle a score with a ghost. You can't, so I came home and rewrote the ending,” he says.
Having been diagnosed with cancer in New York in 2005, McMahon found himself wanting to return to the city to battle some demons leading to the creation of Zombies On Broadway. Its lead single, "Fire Escape” shares the tale of McMahon’s experience in the city that never sleeps; it’s already reached #17 on Alternative radio and is currently growing at AAA and Rock as well. His self-titled debut launched the cross-genre smash single, "Cecilia and the Satellite,” a Top 5 hit across both Alternative and AAA radio, Top 10 hit at Hot AC and also climbed up the Pop chart.
Aside from his professional successes, McMahon is an 11 year survivor of leukemia and founder of the Dear Jack Foundation, one of the first Adolescent and Young Adult (AYA) specific cancer foundations which advocates for and supports initiatives that benefit AYAs diagnosed with cancer. McMahon lives in Los Angeles with his wife of 10 years Kelly and their daughter Cecilia, of whom the hit single was penned about. 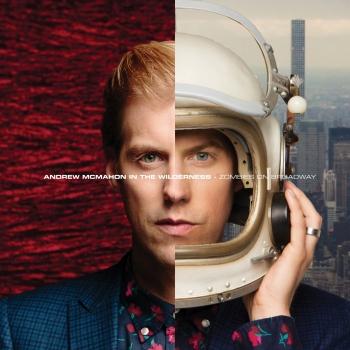 Andrew McMahon in the Wilderness

Andrew Ross McMahon
(born September 3, 1982) is a singer/songwriter. He was the vocalist, pianist and primary songwriter for the bands Something Corporate and Jack's Mannequin; and performs solo both under his own name and moniker Andrew McMahon in the Wilderness. On April 30, 2013, he debuted his first solo work entitled The Pop Underground, followed by his debut album Andrew McMahon in the Wilderness, released October 14, 2014.
McMahon was born in Concord, Massachusetts. He briefly lived in New Jersey until 1991, when his family moved to Bexley, Ohio where he attended Cassingham Elementary School. McMahon's family relocated frequently due to his father's occupation in retail. McMahon recalls that while he was in fourth grade, they briefly stayed in California to support his mother's family after the loss of her brother. Following the death of his uncle, who was an artist himself, McMahon became inspired to get involved with music and began teaching himself piano soon afterward.
McMahon's family decided to settle in California shortly before he entered eighth grade. He would later describe himself as "a pudgy, outgoing, artistic little kid who never quite fit into the California scene". He graduated from Dana Hills High School in 2000.
On July 11, 2014, McMahon posted on his website that the next progression in his musical career would be to tour and release music under the moniker of Andrew McMahon in the Wilderness. On July 16, 2014, he released his first single under the new project entitled "Cecilia and the Satellite," named after his newborn daughter. During the summer of 2014, McMahon toured with Matt Nathanson and Gavin DeGraw in preparation for his first solo LP, Andrew McMahon in the Wilderness, released October 14, 2014 and coinciding with a full North American headlining tour.

Booklet for Zombies On Broadway