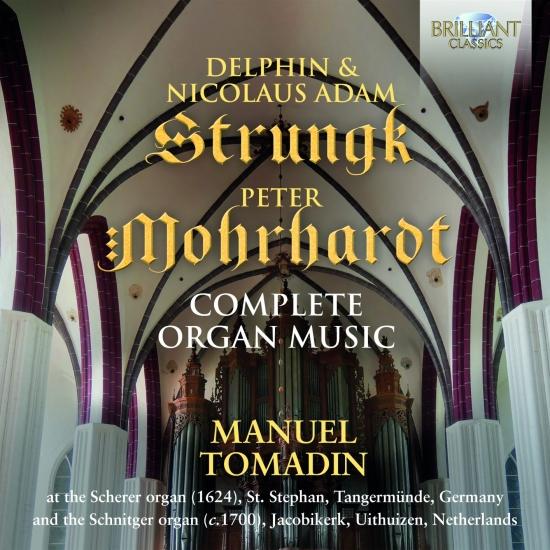 In this release we dive headfirst into 17th-century Northern Germany, a time of innovation and experimentation in music for the organ. As these imposing instruments were installed in cathedrals across Europe, the repertoire flourished. Three composers grace this set: Delphin Strungk, his son Nicolaus Adam Strungk and Peter Mohrhardt, and their musical output sheds light on the transition period between the Renaissance and Baroque eras.
Delphin Strungk opens the set with an organ arrangement of a motet by Orlando di Lasso, a pioneer of the polyphonic style. Strungk was a highly respected organist and took up several posts during his lifetime including one as the court organist in Celle. His performances won him international acclaim and academics from across the continent would come to hear him play. Magnificat noni toni was a favourite of Duke Rudolph Augustus, Prince of Brunswick-Wolfenbüttel, who often came to Braunschweig to watch him play. Strungk explores the potential of the instrument and uses special echo effects in several pieces. It’s a technique also employed by Jan Pieterszoon Sweelinck, and it’s possible Strungk was one of his pupils.
Peter Mohrhardt moved in the same musical circles as Strungk but fewer of his compositions have survived, all of which are included here. His pieces reflect the influence of Sweelinck and Scheidemann, including echo effects, for example. However his music is also forward-looking, and the arrangements feature a highly ornamented cantus firmus, while the chorale fantasias show off the virtuosity of the performer, typical of Baroque keyboard music.
Nicolaus Adam Strungk was active at the same time as Mohrhardt. As the son of Delphin Strungk, he grew up under the guidance of his father and was employed by various members of the nobility, later performing for the emperor Leopold I. As the most modern composer of the three, technological advancements in organ building, such as the introduction of tempered tunings, allowed the composer to experiment with new tonalities. Admired by J.S. Bach, Strungk was influenced by Arcangelo Corelli, whom he met in Rome in 1685. This was the same year that Strungk learned of the death of his mother, inspiring his Ricercar sopra la morte della mia carissima Madre, whose melancholy melody bears clear signs of the Italian master’s influence.
This new recording presents three underestimated composers of the 17th century, a period of abundant experimentation in music. This was an era for innovation of organs, particular in Northern Germany where instruments of considerable size were being installed in important churches and cathedrals. Another enterprising recording by Manuel Tomadin, one of the leading Italian organists of our day. He already made numerous recordings for Brilliant Classics, including works by Lübeck, Leyding, Kneller, Geist, Krebs, Alberti, the Husumer Orgelbuch and others.
Tomadin plays on two historic organs, the Arp Schnitger organ (ca. 1700) in Uithuizen and the Hans Scherer organ (ca. 1624) of St. Stephan in Tangermünde.
The booklet contains extensive liner notes on the composers as well as the disposition of the organs.
Manuel Tomadin, organ 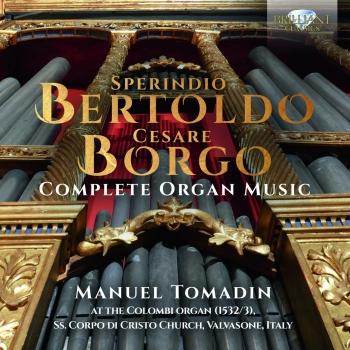 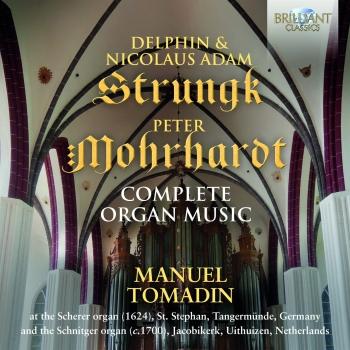 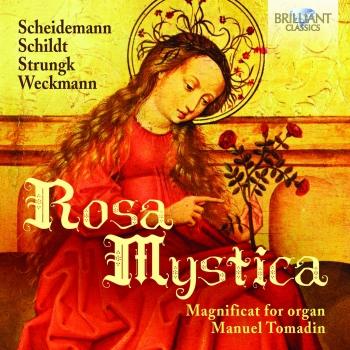 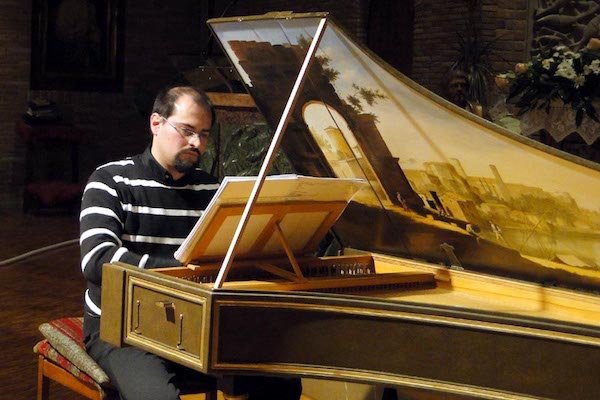 Manuel Tomadin
He spends constantly his musical attitude to Renaissance and Baroque music through the study of ancient essays and historical instruments. He studied with Claudio Astronio, Andrea Marcon, Michael Radulescu, Luca Scandali, Ferruccio Bartoletti,Peter Planyavsky, Olivier Latry, Paolo Crivellaro, Jon Laukvik, Ludger Lohmann, Gustav Auzinger, Hans Fagius, Peter Van Dijk, Francesco di Lernia, Eric Lebrun, Teo Theoliema. From 2001 to 2003 he studied at Schola Cantorum Basiliensis (Switzerland) with Jean Claude Zehnder and Andrea Marcon.
He has an intense concert activity, in Italy and in Europe. He recorded for the editorial series “Gli Organi Storici del Friuli Venezia Giulia” and for Toondrama record label. He collaborates with the recorder player Manuel Staropoli and with the ancient music ensemble “Terg Antiqua”; he teaches in italian academies, in Mannheim, Lubijana and Belgrade.
He won four prizes in national organistic contests and four international awards (First prize in Fussen – Breitenwang – Mittenwald and Second prize in Innsbruck for two times). He is also winner of the Grand Prix d’ECHO in the Alkmaar Schnitger Competition.
He is artistic director of the Organ International Festival in Udine and of the Antonio Vivaldi Festival of Trieste.