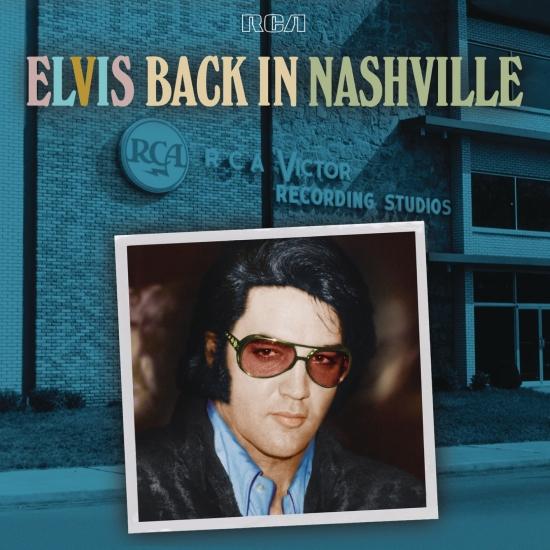 Info for Elvis Back in Nashville (Remastered)

Are they still alive? While musicians will always live on through their recordings, it's a question worth asking these days about an increasing number of supernatural performers who continue to release albums long after they're dead. After Jimi Hendrix, the zombie parade is led by Elvis Presley, who has now released many more albums dead than he ever did while breathing. Most of Elvis' "new" albums have been the work of producer Ernst Mikael Jørgensen who has made plumbing the depths of Presley's catalog his life's work. His latest idea is to release raw session tapes takes of the entire band playing together before any subsequent overdubs or sweetening were added. After 2020's Elvis in Nashville box set covered Presley's 1970 sessions in Music City, this new five-volume collection documents the sessions that were held a year later in the same studio with the same band. Held in March, May, and June 1971, these were Presley's last sessions in Nashville's RCA Studio B, the site of many of his greatest recordings. Produced by Felton Jarvis and engineered by Al Pachucki, the famous resonance of that room can be heard throughout. In a sign that perhaps the bottom of the Elvis barrel is now in sight, there are only four unreleased takes of previously released songs here out of 82 total tracks.
By all accounts, the '71 sessions were not the equal of what had occurred the year prior. Presley's life had by then begun to spin out of control: his marriage was on the rocks, his addiction to pills had grown worse and most disheartening of all, his interest in his once shining musical career one that had long since been passed by current musical trends and stars was diminishing. The priorities for the record label and Colonel Parker for these sessions were a Christmas album and a religious/gospel album, both of which his label RCA knew how to sell. Elvis, however, had other ideas, toying with the idea of a folk/country album á la Kris Kristofferson. The March sessions began in that direction with unremarkable takes of tunes by Ewan MacColl, Gordon Lightfoot and the traditional "Amazing Grace" which was then a current hit for Judy Collins. Returning in May, moving takes of Kristofferson's "Help Me Make It Through the Night" and Buffy Sainte-Marie's "Until It's Time for You to Go," were tracked both would eventually become highlights of Presley's later years.
Rather than more discipline and productivity, Presley's idea of recording was becoming more chaotic. Sessions now turned on whatever he felt like singing, including gospel favorites, Bob Dylan songs, his early rock and roll hits and even tunes by The Beatles who he famously snubbed. Impromptu between-song jams on tunes like "Johnny B. Goode" and "Lady Madonna" are evidence that at times he was still enjoying himself even if the overall results were less than stellar. His record label would take whatever it could get on tape and fashion albums out of it. Whatever the attributes of Elvis's vocal takes (most are good, not great), one of the indisputable strengths is the rhythm section of Jerry Carrigan on drums, Norbert Putnam on bass, and David Briggs on piano, all of them veterans of the Muscle Shoals recording scene, along with guitarists Chip Young and James Burton. The May sessions, among the last truly productive recording sessions of Presley's career, include a trio of gospel songs of just him at the piano singing two by his hero, Ivory Joe Hunter, and a rousing if overwrought take of a tune he knew from childhood, "I'll Take You Home Again Kathleen" that show the passion he could still bring to bear in his vocals. Still pondering the idea of a folk album, several takes of "Padre," another Elvis favorite, are sappy but moving. That's followed by another pop number and this set's best track, "I'm Leavin'" with Elvis singing wordless "la-la-la" vocal accents with a haunted vibrato. The rest of the May sessions were taken up by material for what became the Grammy winning religious album, He Touched Me, which Presley, with help from the Nashville Edition vocal group, delivers with his usual dramatic vocal fervor. Despite the presence of a decorated Christmas tree in the studio to foster a holiday mood, the Christmas album came harder—after all it was May! "Silver Bells, for example, sounds rushed. While nearly all the Christmas tracks are released takes from the eventual album, Elvis Sings the Wonderful World of Christmas, the rock and roll rave up at the end of "Winter Wonderland" is still a welcome touch and an unedited take of Charles Brown's "Merry Christmas Baby" with its funky, fuzzy bass part has an undeniable groove. Undubbed and unpolished, this is more proof of the genius that lingered until the end.
Elvis Presley
Digitally remastered 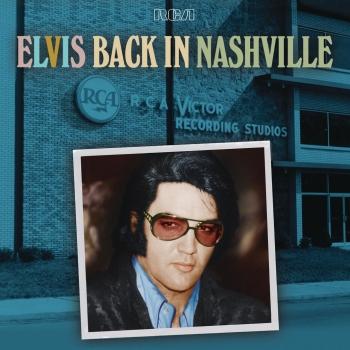 Elvis Back in Nashville (Remastered)