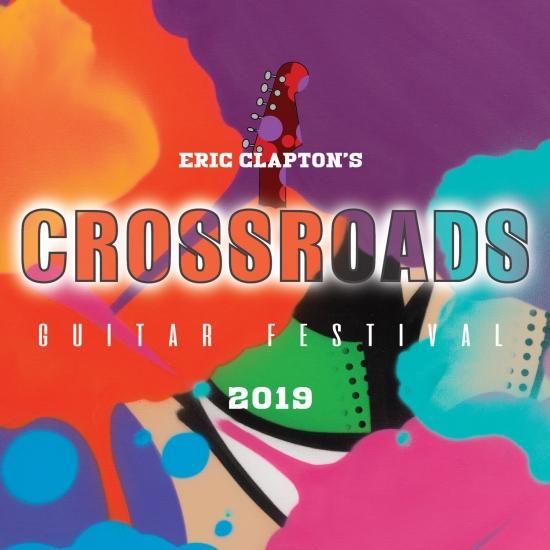 Eric Clapton, one of the world’s pre-eminent blues/rock guitarists, once again summoned an all-star team of six-string heroes for his fifth Crossroads Guitar Festival in 2019. Held at the American Airlines Center in Dallas, Texas, the two-day concert event raised funds for the Crossroads Centre in Antigua, the chemical dependency treatment and education facility that Clapton founded in 1998.
Following a six-year hiatus, the festival returned reenergised with outstanding performances by Clapton, James Bay, Jeff Beck, Doyle Bramhall II, Gary Clark Jr., Robert Cray, Sheryl Crow, Andy Fairweather Low, Peter Frampton, Vince Gill, Buddy Guy, Sonny Landreth, Lianne La Havas, Los Lobos, John Mayer, Keb’ Mo’, Bonnie Raitt, Robert Randolph, Tedeschi Trucks Band, Jimmie Vaughan and more.
Throughout the show, Clapton shared the stage with others to perform some of his best-known songs, including “Layla” with John Mayer, plus acoustic versions of “Wonderful Tonight” and “Lay Down Sally” with Andy Fairweather Low. Clapton also paid tribute to his late friend George Harrison with a searing rendition of “While My Guitar Gently Weeps” with Peter Frampton.
The Crossroads’ lineup offered an impressive mix of performers, with legends like Bonnie Raitt, James Burton, Robert Cray, and Jeff Beck (whose outstanding cover of The Beach Boys’ “Caroline, No” was a festival high point); contemporary stars Gary Clark Jr., Robert Randolph and Sheryl Crow; as well as rising talents The Marcus King Band, Tom Misch, and Lianne La Havas.
Naturally, the on-stage collaborations provided some of the most compelling moments. Highlights include a cover of The Stooges’ “I Wanna Be Your Dog” by Doyle Bramhall II, Susan Tedeschi, Derek Trucks, Jim Keltner and actor Bill Murray (the festival’s M.C.); Buddy Guy and Johnny Lang ripping through Guy’s classic “Cognac”; and a version of the Merle Haggard hit “Tonight The Bottle Let Me Down” by Vince Gill, Albert Lee, Bradley Walker, and dobro master Jerry Douglas. For the encore, Clapton returned to the stage to lead ensemble performances of Prince’s “Purple Rain” and Joe Cocker’s “High Time We Went.”
The first Crossroads Benefit Concert took place in 1999 at Madison Square Garden in New York City. The Crossroads Guitar Festival made its debut in 2004 at the Cotton Bowl in Dallas. That sold-out show was chronicled in a two-disc DVD that has since gone on to become one of the world’s top-selling music DVDs, achieving the 10x platinum mark in the United States alone. The subsequent DVD sets met similar acclaim. The 2007 collection was certified 6x platinum; the 2010 set was certified 3x platinum; and the 2013 set was certified platinum. Since 2004, The Crossroads Guitar Festival has been held every three years except in 2016.
The festival was also the launch pad for the global ‘Turn Up For Recovery’ movement, which is helping bring awareness of abstinence based recovery and raise funds to provide treatment at Crossroads for those in need.