It's Good to Be Here Russ Ballard 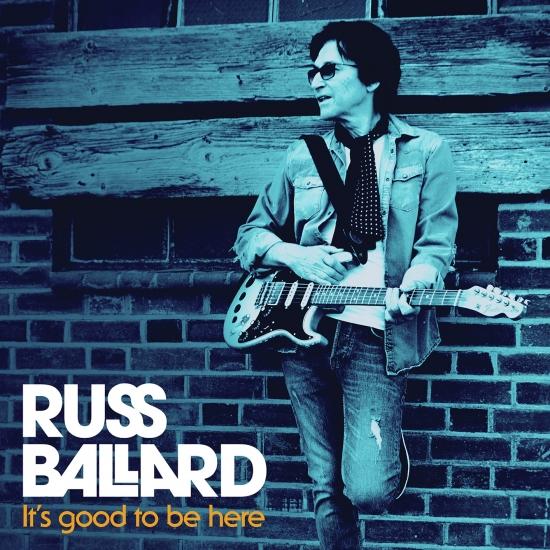 Info for It's Good to Be Here

2020 release from the veteran British singer/songwriter. It's Good To Be Here is his tenth album and it showcases not only his uncanny way with melody and lyrics, but also his more thoughtful side. Russ Ballard has plenty to say and he really opens up on this album. "I've spent my life making music and, if anything, it means even more to me now. I'm in the studio almost every day, writing and recording, so I have many new recordings." (Russ)
Russ Ballard 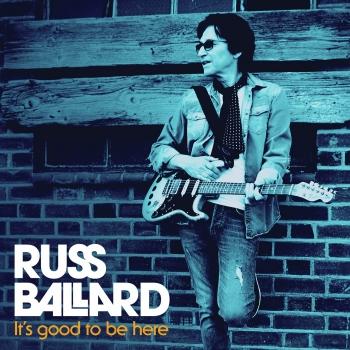 It's Good to Be Here 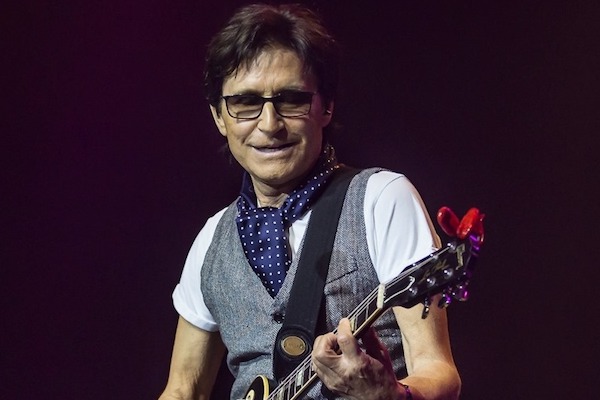 Russ Ballard
(born 31 October 1945, Waltham Cross, Hertfordshire, UK) is an gifted multi-talented English singer-songwriter, arranger, producer and musician. His most productive period was from the mid 60s until the early 80s.
Ballard was initially a guitarist with Buster Meikle & The Day Breakers in 1961, together with Roy Ballard, Russ's older brother on piano and Bob Henrit on drums. After a stint with The Roulettes, backing Adam Faith, he then went on to join Unit 4 + 2 (also Unit Four Plus Two) in the early 1960s, before becoming the lead singer and guitarist of Argent, writing their hit the rock-anthem God Gave Rock and Roll to You, which would later be covered by both Petra and Kiss.
In 1972, Ballard performed on The Zombies frontman Colin Blunstone's album Ennismore, which was produced by Chris White. Ballard also wrote the hit single, I Don't Believe in Miracles, which featured on that album.
He left Argent in 1973 and pursued a solo and songwriting career. He wrote such hits as Three Dog Night's Liar, Hot Chocolate's 1977 UK chart topper So You Win Again, and Rainbow's Since You Been Gone (also featured on Ballard's second solo album Winning) and I Surrender.
As a solo artist, Ballard charted once on the U.S. Billboard Hot 100 chart, when "On the Rebound" reached #58 in 1980. Progressive rock band Uriah Heep covered On the Rebound in 1982 on their album, Abominog.
Ballard also wrote and performed on The Who's vocalist Roger Daltrey's first two solo albums - Daltrey (1973) and Ride a Rock Horse (1975) and produced several singles.British pop band Hello recorded Ballard's New York Groove in 1975, reaching #7 in Germany and #9 in the UK.
In 1978 New York Groove would again feature on KISS' lead-guitarist Ace Frehley's solo album and be a hit once more.Ballard also wrote the #17, 1981 hit for Santana, called Winning, which appeared on their album entitled Zebop! and had previously been released by Ballard himself on his second solo album.
Ballard wrote and produced You Can Do Magic for the group America. The single climbed to #8 on the Billboard Hot 100 in October 1982, and helped resurrect the band's career. The following year, America brought in Ballard to produce their follow-up album, Your Move.
One of its tracks, The Border, which was co-written by Ballard with Dewey Bunnell, reached #33 on the Billboard Hot 100.Borrowing from The Cure's Simon Gallup's 1981 "Other Voices" bass riff, Ballard wrote ABBA singer Anni-Frid Lyngstad's 1982 solo hit: I Know There's Something Going On (with drums played by Phil Collins).
The track reached #13 on the Billboard Hot 100. He also penned Can't Shake Loose for fellow ABBA former member, Agnetha Fältskog, which peaked at #29 in the same listings.His song Voices - from the album Russ Ballard - was featured on the Miami Vice episode entitled "Calderone's Return: Part 2 - Calderone's Demise", which aired on 26 October 1984.
The song was a brief hit on rock radio stations, peaking at #15 on the Hot Mainstream Rock Tracks chart. However, "Voices" stalled below the Billboard Hot 100, peaking at #110. The song In The Night (also from the Russ Ballard album), was also featured in Miami Vice, and included in the episode entitled "Calderone's Return: Part 1 - The Hit List".
The show also featured Your Time Is Gonna Come by Ballard and recorded by Roger Daltrey for the movie soundtrack: McVicar.The Fire Still Burns, the title track of his 1985 album attained #15 on the Hot Mainstream Rock Tracks chart.
In 1991 the song he co-wrote with John Waite (The Babys) and Jonathan Cain, So This Is Eden, appeared on Bad English's album, Backlash.Ballard has also written and produced for Elkie Brooks, and more recently, acting as a talent scout, he "discovered" Lauren Harris.
Other artists he's worked with or have covered songs written by him include Bay City Rollers, Pointer Sisters, Carol Douglas, Clout, Kandidate, Long John Baldry, Peter Criss (KISS drummer), The Cats, Bruce Dickinson, The Brian May Band to name a few.