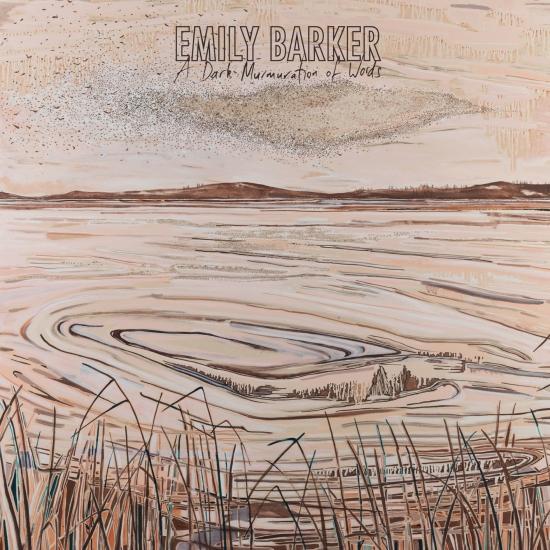 Info for A Dark Murmuration of Words

"The Woman Who Planted Trees" was inspired by Kenyan activist Wangari Maathai, who founded The Green Belt Movement in order to reforest degraded land to provide food and empower women in her community. Emily’s commanding vocals keep the listener grounded on ‘The Woman Who Planted Trees’, just like the trees and nature that she sings about. Of the single Emily said, “I grew up planting trees with my family along the Blackwood River to help prevent erosion, and in barren paddocks that had been cleared for livestock during colonisation,” she added, “Those lessons stuck with me and I’ve continued to support tree-planting schemes, especially in Australia where there are huge problems with salinity due to swathes of land being cleared by the early settlers.”
The American writer Emily Dickinson once said that “If you take care of the small things, the big things take care of themselves” - like the starlings in a murmuration, where the movement of each individual bird is related to just seven of its closest neighbours, none of them aware of the mesmerising, fluctuating shapes being created by the flock.
Emily draws connections between the familial, the local, and the global: a mother sings to her unborn child, asking for its forgiveness on “Strange Weather”; ‘When Stars Cannot Be Found’ explores the humbleness and comfort of the night sky when far away from home. Other highlights include the nostalgic ‘Return Me’, the gloriously defiant ‘Machine’ and the effortless album closer ‘Sonogram’.
Emily’s last album ‘Sweet Kind of Blue’ was recorded at Sam Phillips Recording Service in Memphis with Grammy-winning producer Matt Ross-Spang (Jason Isbell, Margo Price). The success of the album and the globe-trotting tours to support it helped land Emily the accolade of UK Artist of the Year at the 2018 UK Americana Awards held at Hackney Empire in London. She is perhaps best known as the writer and performer of the award-winning theme to BBC crime drama Wallander starring Kenneth Branagh. She has released music as a solo artist as well as with various bands including The Red Clay Halo, Vena Portae and Applewood Road and has written for film, including composing her first feature film soundtrack (for Jake Gavin’s lauded debut feature Hector starring Peter Mullan and Keith Allen).
Emily Barker, vocals, guitar
Rob Pemberton, drums, percussion, synthesizers, backing vocals
Lukas Drinkwater, bass, guitars, backing vocals
Pete Roe, guitars, keyboards, backing vocals
Misha Law, strings
Emily Hall, strings
Recorded at Studiowz, Pembrokeshire, November 2019
Engineered by Owain Fleetwood Jenkins and Greg Freeman
Produced and mixed by Greg Freeman 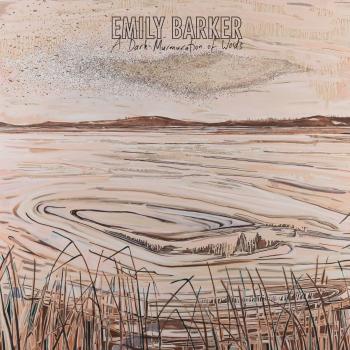 A Dark Murmuration of Words 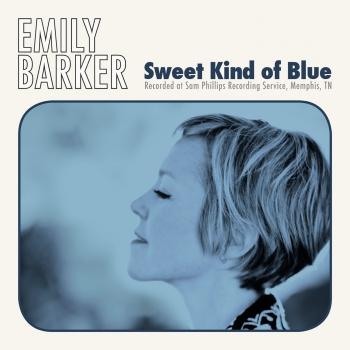 Emily Barker
is the award-winning songwriter and performer of the theme to BBC TV's Wallander starring Kenneth Branagh. Her music is a blend of roots influences from country to English folk via 60s pop, all wrapped in the rich string arrangements and multi-part vocal harmonies of The Red Clay Halo, spearheaded by Emily's clear, expressive voice and her charismatic stage presence.
Alongside the Wallander theme, Emily has also provided the theme music to BBC TV drama The Shadow Line (which won an Ivor Novello for best TV soundtrack for series composer Martin Phipps) and has recently (in collaboration again with Martin Phipps) composed music for Daniel Barber's The Keeping Room (Sam Worthington, Britt Marling, Hailee Steinfeld) as well as her first feature length soundtrack, for Jake Gavin's UK road movie Hec McAdam starring Peter Mullan.
Emily's most recent album with The Red Clay Halo, Dear River, was critically acclaimed across the board, with four and five star reviews including lead reviews in The Times and Evening Standard, alongside recognition from specialist magazines such as Maverick, R2 and Country Music People. It went on to be voted 'Americana Album of the Year' by readers of the UK's foremost roots music website, Spiral Earth, and debuted in the UK Independent Album Breakers chart at #3, spending 5 weeks in the top 20.