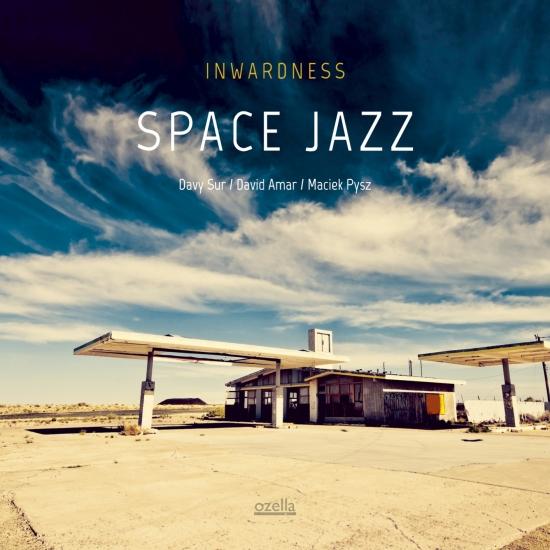 Behind Blindfolded Eyes: Don't let the title of this album fool you. Space Jazz is not about moon landings, worm holes and distant planets. Rather, Inwardness are leading listeners into the spaces between the notes, setting course for equally familiar and alien microcosms. In fact, only a single item is of truly cosmic dimensions here: The band's long and winding history, which leads across two contents towards a happy ending.
First contact is established at a concert in Morocco. Inspired by the sounds, the musicians engage in deep conversations, revealing shared ideas about performance and composition. Upon returning home, none of them can let them go. A year later, they meet again, this time in the South of France. Months are spent in isolation, in search of new forms of interaction. The trio experiment with different playing modes: playing blindfolded, in the midst of nature or during rush hour in the city Centre. Inwardness, it is becoming clear, is not just a musical encounter. It is a personal journey as well.
Especially for globetrotting guitarist Maciek Pysz, Inwardness feels like a dream come true. For years, he has been looking for a new kind of free floating sound, for a silence pierced by subtle noises and whispering frequencies. His "percussion less quartet" marks a first step in the right direction. With Inwardness, the drums have returned, as have rhythms and a constant sense of movement. And yet, the open spaces have become even deeper.
Davy Sur, known from his world music duo Milap, is one of the few drummers capable of navigating these spaces. For Inwardness, Sur has managed to extract a hauntingly delicate sound from his instruments. Hihats are rustling like leaves in the wind, drums are rumbling like an approaching thunderstorm, singular rimshots hit the ear like the cane of a Zen master. On top of these poetic allusions, David Amar is teaching his saxophone to fly, guided by Pysz's determined guitar motives.
The trio's first gigs comprise mainly of epic jam sessions. On Space Jazz, meanwhile, five minutes are all they need to create truly transcendental mind states. One of the most beautiful pieces may be called "Moon – Landing". But it remains the only trip into outer space here. For the remainder of their debut's duration, Inwardness remain rooted to the ground - perfectly content exploring the little wonders of this planet.
Davy Sur, drums, percussion, effects
David Amar, soprano saxophone, synthesiser, effects
Maciek Pysz, electrical- and acoustic guitar, effects
Recorded, Mixed and Mastered by Stefano Amerio at Artesuono Recording Studio, Cavalicco (Udine) on 1,2,3 December 2016 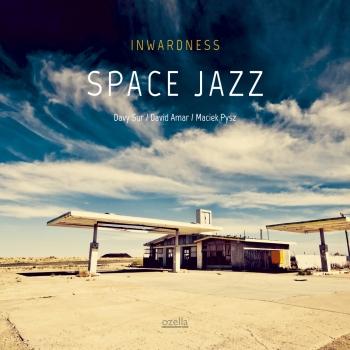 Inwardness
Introspection, the space between sounds and inhabited silences are the basis of their inspiration. The music seeks to reflect the inner self that is in all things. The resulting songs have a raw and organic sound purity, as if they had been shaped by the seasons, a kaleidoscope where rhythmic melodies and sound textures collide and mingle. The atmosphere evokes the grandiose scenery of a fantasized moon in "Moon - Landing", the mythical, vast and timeless in "One Hour Waiting" and the nagging, stabbing thoughts that disrupt our inner peace in "Elephant Calling".
During the summer of 2015 they locked themselves away for months in southern France to develop their "plainness in sound" in rehearsal sessions. They had fun playing blindfolded, sometimes working in the open air, sometimes in town absorbing urban energy, all the time listening to the resonance behind every silence. The result was Inwardness.
The Trio made their debut in February 2016 in Biot to a very favourable reception from audience and critics alike, with further performances throughout the South of France. They recorded their first album in late 2016 at Artesuono Studio in Italy with the celebrated ECM engineer Stefano Amerio.