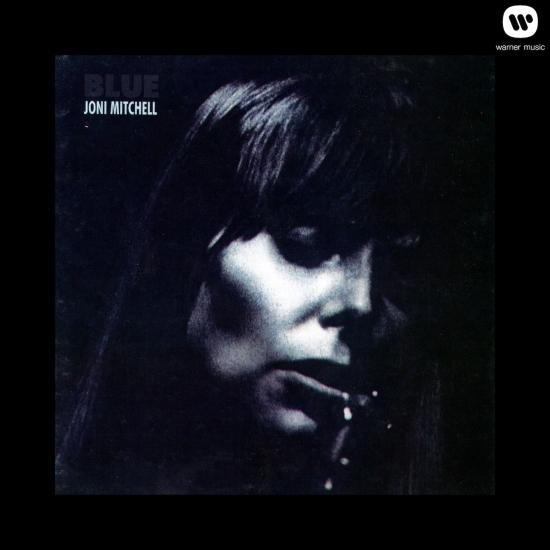 "Blue" marks the culmination of Mitchell's early, traditional singer/songwriter period, and it is one of the very best albums of that genre. Though she was already beginning to experiment with elements of pop and jazz, "Blue" focuses on Mitchell's skill as a folk singer, showcasing her reedy, expressive voice in duet with her piano or guitar. The arrangements on the album--which feature keys, dulcimer, bass, and assorted percussion--are spare and tasteful, so much so that it is easy to overlook their sophistication. Yet it is ultimately Mitchell's songs that make "Blue" such a moving and memorable experience. "All I Want" establishes the themes of wandering and soul-searching that define much of the artist's work, while "My Old Man" and "Carey" explore relationships with a keen attention to detail and emotional truth. Songs like "California" shuffle along with a sunny yearning, but the predominant mood--true to the album's title--is lonely, plaintive and stark, with "River," the title track, and "The Last Time I Saw Richard" ranking with the saddest, most moving songs in the pop canon. An album of great intensity and confessional depth, "Blue" closed the chapter on Mitchell's folk period beautifully, opening the gates for the bold new work to follow.
"The Blue album, there's hardly a dishonest note in the vocals," Joni Mitchell told Rolling Stone in 1979. "At that period of my life, I had no persona defenses. I felt like a cellophane wrapper on a pack of cigarettes. I felt like I had absolutely no secrets from the world, and I couldn't pretend in my life to be strong. Or to be happy." With song after song of regrets and sorrow, this may be the ultimate breakup album. Its whispery minimalism is also Mitchell's greatest musical achievement. Stephen Stills and James Taylor lend an occasional hand, but in "California," "Carey," "This Flight Tonight" and the devastating title track, Mitchell sounds utterly alone in her melancholy, turning the sadness into tender, universally powerful art. (Rolling Stone)
Joni Mitchell, vocals
Stephen Stills, bass & (guitar on "Carey")
James Taylor, guitar on "California," "All I Want," "A Case of You"
Sneeky Pete, pedal Steel on "California," "This Flight Tonight"
Russ Kunkel, drums on "California," "Carey," "A Case of You"
Recorded at A&M Studios, Los Angeles, California
Engineered by Henry Lewy
Produced by Joni Mitchell
Digitally remastered
Rolling Stone 500 Greatest Albums of All Time - Rated 30/500
Rolling Stone 50 "Women In Rock: The 50 Essential Albums" - Rated 2/50

Ladies Of The Canyon (Remastered)

For The Roses (Remastered)

The Hissing Of Summer Lawns (Remastered)

Joni Mitchell began as the archetype of the folkie female singer-songwriter, an heir to Joan Baez. But she quickly moved forward, incorporating influences from jazz and the blues. 'Joni Mitchell heard Billie Holiday sing 'Solitude' when she was about nine years old — and she hasn't been the same since,' says Herbie Hancock. Those lessons of emotional vulnerability are evident in her delicate soprano trill, as well as in the undisguised wear of the sultry voice of her later work, punctuated by her jazzy syncopation. 'Joni's got a strange sense of rhythm that's all her own,' Bob Dylan told Rolling Stone. Above all, Mitchell won't be boxed in. 'The way she phrases always serves the lyrics perfectly, and yet her phrasing can be different every time,' Hancock says. 'She's a fighter for freedom.' (Source: Rolling Stone Magazine)