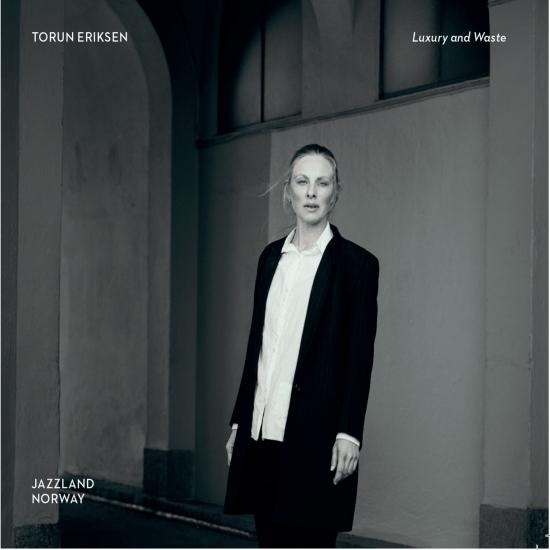 Info for Luxury and Waste

Torun Eriksen's "Luxury and Waste", her sixth solo album at Jazzland Rec, explores familiar territory in an utterly unfamiliar way.
Where her previous album "Grand White Silk" flirted with arrangements of grandeur, she turns now in the opposite direction and gives us new songs in an uncompromising, stripped-back sound, shifting between cool, drifting moods and driving pulsating rhythms. Bassist Kjetil Dalland is her sole companion here, and his subtle yet distinctive style the perfect complement to Torun's voice, as she invites us into "Luxury and Waste", her most intimate album yet.
You will find Jazz, pop and soul, singer/songwriter and blues, all combined in Eriksen's unique and surprising blend. - " I love how music can burst with references, and still have a distinct sound of its own. And I wanted this album to be like that. I have been searching for the core of my songs. We cut everything to the bone, were left with the raw and unpolished and tried to bring this very special light only to be found in the sketches, onto our final versions of the songs."
While these arrangements feature one instrument and one voice throughout - a classic "stripped back" scenario - there is absolutely nothing stripped away at all. As evidence of this, one has only to look to "Glittercard" (the title track from her 2003 Jazzland debut), here given the same "sparse" treatment, yet it is as lush and full as the original band arrangement.
Torun's cool, understated style, always bristling with emotional resonance, delivers the songs with precision in terms of drama and dynamics, carefully placed ornamentation and inflections. Meanwhile, Torun's long-time collaborator, Kjetil Dalland, creates a perfect shape for each song to nestle in, and carries it along, whether with gentle undulations or pulsing rhythms.
While Dalland's bass provides the majority of the accompaniment, he also brings in his mini-bass on "Sliding" and "Dreary Place", adding a whole new sonic spectrum to the sound. Meanwhile, on "Empty Balconies", Dalland rests while Torun accompanies herself on grand piano.
The intimacy that the simplicity of the arrangements affords is extraordinary. There is no hiding place, no elaborate mask of artifice. Truth and sincerity, the pure rendering of the song and its essence, and a perfect balance between voice and accompaniment: These things make "Luxury and Waste" a uniquely sublime accomplishment in Torun Eriksen's career, as well as that of Kjetil Dalland.
If ever any evidence for their songwriting craft was needed, it is here underlined. If ever there was a demand for evidence of Torun's voice being an alluring, exquisitely beauteous instrument used with tasteful charm or emotional weight, it is here magnified. If ever any evidence was required that Kjetil Dalland is a musician of skill and refinement with a keen ability to carve out the right groove or mood for a song, it is here amplified.
Indeed, if "Luxury and Waste" has an issue, it is that it makes you wonder why this approach didn't happen sooner. In a body of work spanning 15 years, "Luxury and Waste" may well be the most outstanding album of them all.
Torun Eriksen, vocals
Kjetil Dalland, bass, guitar
David Wallumrød, keyboards
Andreas Bye, drums 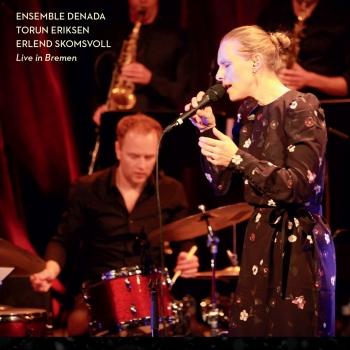 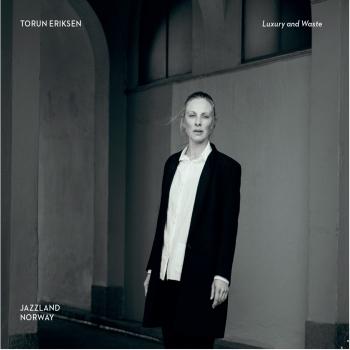 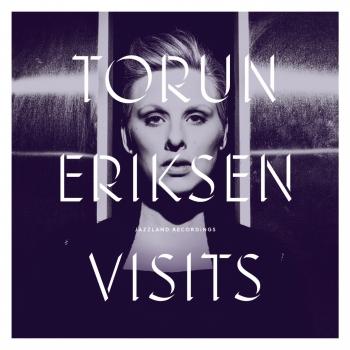 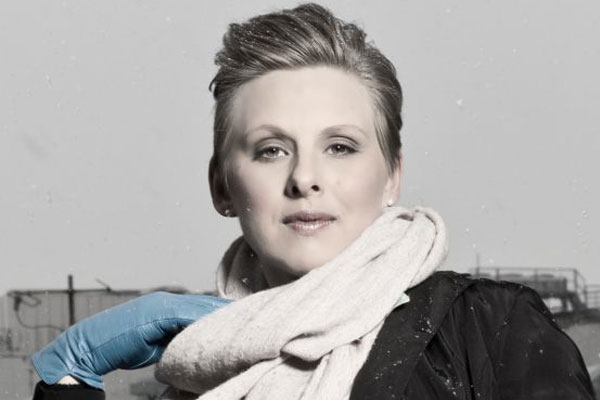 Torun Eriksen
made her debut with the album Glittercard on the well renowned label Jazzland Recordings in 2003. Since then, she has made her mark as a characteristic voice, with an ever-increasing audience on the Norwegian and international music stage.
Torun’s musical adolescence was spent in various gospel choirs, where she was given the chance to extend her potential as a singer and soloist from early childhood on. With a background in soul and gospel, her first introduction to jazz was as a music student in high school in her hometown Skien. Her encounter with The Real Book and jazz standards introduced a new world. Teacher and pianist Roger Jeffs spotted Torun’s talent, and encouraged her to write English lyrics to one of his melodies. The foundation for a career in song writing had now been laid.
When she in 1998 moved to Oslo and enrolled into the Norwegian Institute for Stage and Studio (NISS), she was already well under way with her composing. She made an impression as a soul and pop singer in various cover bands on several of the city’s stages, but her own material was still unknown to her surroundings. At this point in time she had begun working with bass player Kjetil Dalland, who is still today considered to be one of her closest musical partners, and along with a couple of others they formed a band and recorded a demo with three of Torun’s songs.
By a coincidence the demo was overheard by Bugge Wesseltoft, who was very excited about the song Glittercard and offered Torun to release a record on his label Jazzland Recordings. She then gathered the musicians who have since contributed to feature the acoustic image of her music: David Wallumrød (piano), Kjetil Dalland (bass), Torstein Lofthus (percussion) and Frøydis Grorud (flute/saxophone). Along with Bugge Wesseltoft as their producer they made the album Glittercard, which was released internationally in the spring of 2004.
In 2006 the sequel Prayers and Observations was released - this too produced by Wesseltoft – and in April of 2010 her third record Passage was released. This record was produced by Anders Engen, and with the addition of guitarist Kjetil Steensnæs, the acoustic image became more string oriented. Torun’s three solo albums, all of them released on Jazzland Recordings, have received good reviews in the press, and opened the door to foreign countries and an international audience. The Germans in particular have embraced her music, and she has toured Germany regularly since her debut.
Torun’s songs have also been arranged for chamber orchestras, big bands and choirs. The collaboration with German Jazzchor Freiburg started in 2007, and they have since toured with their project in Japan, Korea, Germany and France. Together they have also recorded a version of In Person (Glittercard 2003), which is to be found on the choir’s album A Cappella from 2010.
As a song writer, Torun has written in English up until November 2010, when she and Frøydis Grorud released the Christmas album Sanger om glede og fred (Songs of joy and peace), Jazzland Recordings. On this album we find Torun’s first song with Norwegian lyrics Vente på Jul (Waiting for Christmas), along with Elv (River), which is her translation of Joni Mitchell’s River.