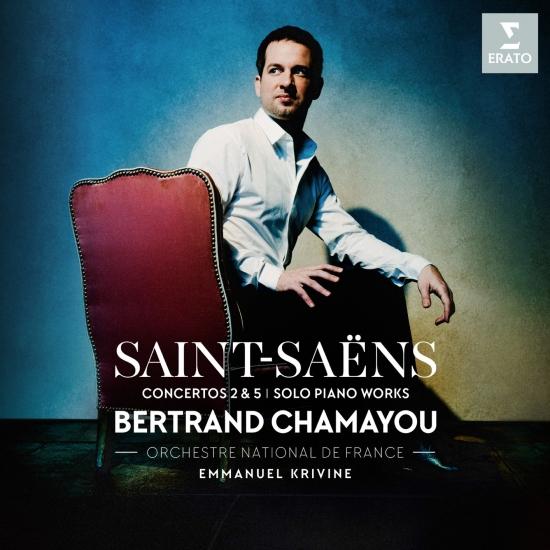 Beyond their brilliant virtuosity and craftsmanship, Camille Saint-Saëns’s epic Piano Concerto No. 2 and irresistibly exotic No.5 (‘Egyptian’) invite listeners on a riveting and richly imaginative journey. Hailed ‘the new French prince of the piano’ (Diapason), Bertrand Chamayou also reveals a more intimate side to the great composer-pianist, exploring the hidden charm and secret sensuality of his rarely-heard etudes and solo piano miniatures.
Although best-known today for the delightful Carnival of the Animals, the rollicking Danse Macabre and the majestic Organ Symphony, the French composer Camille Saint-Saëns (1835-1921) was one of the greatest piano prodigies of the 19th century, composing five concertos for the instrument, alongside a body of solo works including 18 Études. Though rarely heard or recorded today, the latter are by turn charming, brilliant and fiendishly difficult, calling to mind the thrilling technical feats in the etudes of Liszt, who described his younger colleague as ‘foremost among French composers’.
It is one of today’s greatest French virtuosos, Bertrand Chamayou, who has taken up the pianistic challenge, presenting the composer as a true original hiding behind staunchly Romantic tradition. ‘I’m always charmed by Saint-Saëns,’ says Chamayou. ‘There’s an attraction to the exotic, the bizarre, sensual fantasy, that’s very curious for a composer that we think of as so academic. And there’s a real sense of voyage in the music of Saint-Saëns that I find fascinating.’ The new album is out 7 September.
Chamayou’s thoughtfully constructed programme draws together the two most famous of Saint-Saëns’s five piano concertos – the epic No.2 (1868) and the irresistibly exotic No.5 ‘The Egyptian’ (1896) – alongside a bouquet of lesser-known solo piano works. He is joined by the Orchestre National de France and its formidable conductor Emmanuel Krivine for an album that promises fireworks, champagne and just a few puffs of opium.
The Second and Fifth concertos were composed almost 30 years apart, moving from what Chamayou describes as the ‘poignant, theatrical’ grandeur of the 2nd Concerto’s opening Bach homage, mounting in speed and excitement for a blistering Tarantella finale, to the Egyptian’s sun-drenched, sparkling rhapsody and the exotic harmonies of the atmospheric second movement of a concerto that the well-travelled Frenchman completed in Cairo.
The seven etudes and virtuoso miniatures for solo piano that conclude the album are a rare delight for pianophiles. They include the effervescent yet notoriously difficult Étude en forme de Valse with its breathtaking bravura finale, and the entrancing Les Cloches de Las Palmas inspired by the bells Saint-Saëns heard ringing out in the Canary Islands. ‘There’s a very flamboyant Lisztian side, but at the same time the luminous clarity and translucent technique of Mozart,’ Chamayou explains.
On this album, Chamayou not only masters the intricacies of every finger technique in the composer-pianist’s arsenal, but voyages beyond the notes to reveal Saint-Saëns’s sensitive side. ‘The Étude for Major and Minor Thirds is so nostalgic and melancholy; he has the capacity to evoke so much in just four pages,’ he says. ‘I wonder why he didn’t open his heart like this more often. He would be better known today, but it’s now up to the performer to choose the pieces that shine light on the genius of this composer.’
Bertrand Chamayou, piano
Orchestre National de France
Emmanuel Krivine, conductor 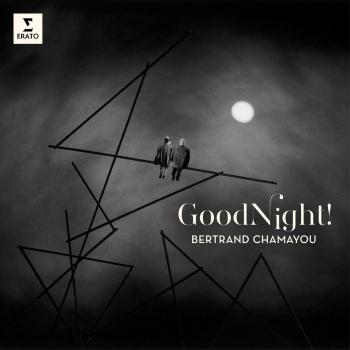 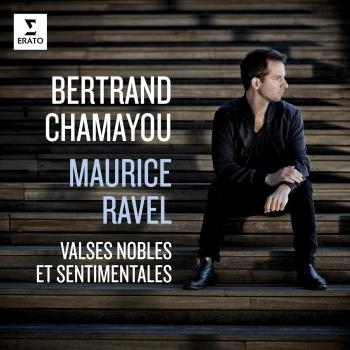 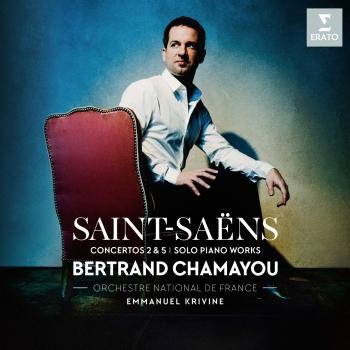 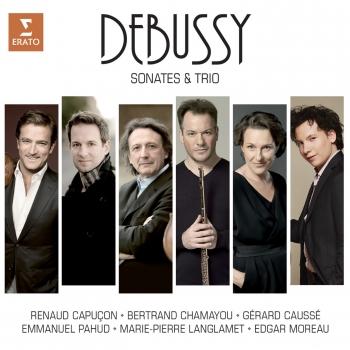 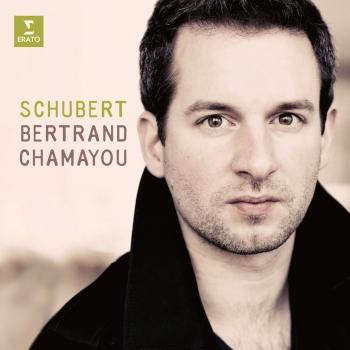 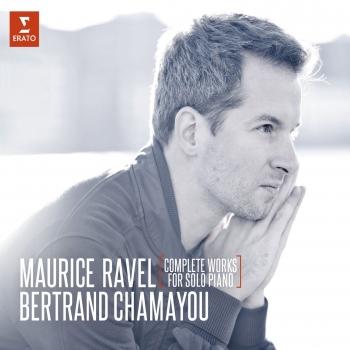 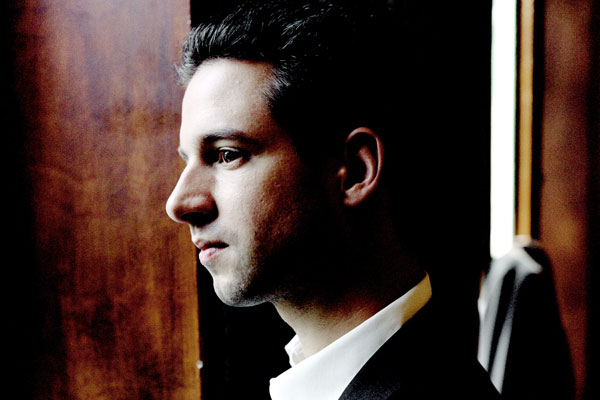 Bertrand Chamayou
has established himself as a personality of the highest level on the international music scene, performing in venues like the Théâtre des Champs Elysées, New York’s Lincoln Center, the Herkulessaal, Musikfest Bremen, Wigmore Hall, New York’s Mostly Mozart Festival, Lucerne Festival, Rheingau Festival, Rotterdam Gergiev Festival, Klavier-Festival Ruhr, and orchestras like the Orchestre de Paris, the London Philharmonic Orchestra, the Rotterdam Philharmonic Orchestra, the Deutsche Kammer Philharmonie, the Deutsche Radio Philharmonie, the Hessischer Rundfunk Sinfonieorchester, the WDR Sinfonie Orchester, the SWR Sinfonie Orchester, the Orchestre National de France, the Royal Scottish National Orchestra, the Danish National Symphony Orchestra, the Orchestre Symphonique de Québec. Bertrand has worked with conductors such as Pierre Boulez, Leonard Slatkin, Neville Marriner, Semyon Bychkov, Michel Plasson, Louis Langrée, Fabien Gabel, Joshua Weilerstein, Jérémie Rhorer, Stéphane Denève, Ludovic Morlot, Andris Nelson.
In the 2013/14 season, Bertrand will debut with the Deutsche Sinfonie Orchester at Berlin’s Philharmonie with Stéphane Denève the NDR Sinfonie Orchester in Hamburg with Semyon Bychkov and the Oregon Symphony Orchestra, ; he will return with the Hessischer Rundfunk Orchester in Frankfurt’s Alte Oper, will tour with Ludovic Morlot and his Orchestre de la Monnaie de Bruxelles, will return for an evening recital at Théâtre des Champs-Elysées and be given a residency with the Orchetsre National de Bordeaux in their brand new auditorium including several orchestral performances, recitals and a tour. He will also tour in the United-States and play a recital at New York’s Lincoln Center.
Bertrand Chamayou released a very successful César Franck CD in March 2010, which was awarded several prizes including Gramophone’s Editor’s Choice. In 2008 his Mendelssohn CD had also been a wide success. He had released in 2006 a very successful Liszt live CD (Transcendental Etudes) for Sony Classical. In 2011, he celebrated Liszt’ 200th anniversary recording the complete Years of Pilgrimage for Naive which he also performed in several venues throughout the world. The album received raving reviews worldwide and got several prizes including Gramophone ‘s Choice. He played the same year with Pierre Boulez and the Orchestre de Paris at Salle Pleyel,. In February 2011, he won a Victoire de la Musique as “Soloist of the Year”.
At 20, Bertrand was a prize-winner at the international Long- Thibaud competition . Born in 1981, Bertrand was very soon remarked by pianist Jean-François Heisser who was later to become his professor at Paris Conservatoire National Supérieur de Musique. Bertrand Chamayou completed his training then with Maria Curcio in London and was given precious advice by such great masters as Leon Fleisher, Dimitri Bashkirov and Murray Perahia.
Betrrand has been a regular chamber music player with partners including Renaud and Gautier Capuçon, Quatuor Ebène, Antoine Tamestit, Baiba Skride, Sol Gabetta, Nicolas Baldeyrou. He now regularly performs throughout the world with Sol Gabetta.