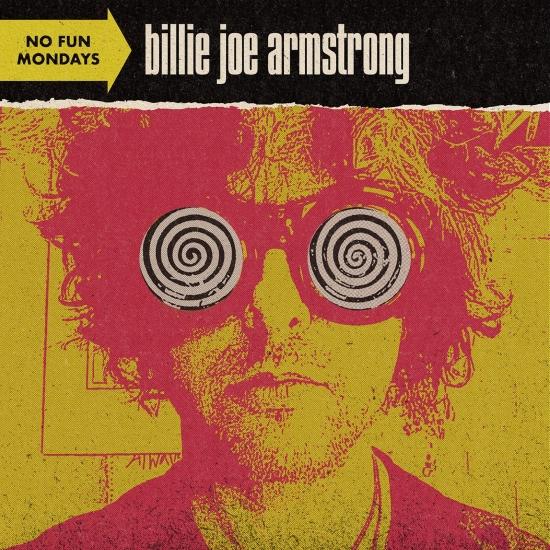 Info for No Fun Mondays

Green Day frontman Billie Joe Armstrong is set to release his YouTube covers series “No Fun Mondays” into a 14-song collection on Nov. 27 via Reprise/Warner Records. “No Fun Mondays” sees Armstrong putting his signature melodic-punk spin on the songs that have formed the soundtrack to his life, including classics by John Lennon, Billy Bragg, and Johnny Thunders.
In the run-up to “No Fun Mondays’ ” official release, a different track from the album will be made available on streaming services every week. Additionally, limited baby blue colored vinyl will be available at U.S. independent music retailers.
The “No Fun Mondays” series launched in March on Green Day’s YouTube channel. Like many musicians, Armstrong expected to spend much of this year on the road, touring in support of Green Day’s chart-topping February album, “Father of All… .” However, once the COVID-19 pandemic forced him to put those plans on pause, Armstrong got busy with a different kind of work.
"While we’ve all been in quarantine I’ve been reflecting on the things that matter the most in my life: family, friends and, of course, music,” he says. “I figure if we have to spend this time in isolation at least we can be alone together."
Kicking things off with his on-trend cover of Tommy James and the Shondells’ golden oldie, “I Think We’re Alone Now,” Armstrong treated fans to a new home-recorded cover song each Monday, accompanied by a DIY video. Beyond paying respects to his punk-rock forefathers (The Avengers’ “Corpus Christi,” Dead Boy Stiv Bators’ “Not That Way Anymore”) and working-class heroes (John Lennon’s “Gimme Some Truth,” Billy Bragg’s “A New England”), Armstrong also indulged his love of sugary pop through reverent versions of The Bangles’ “Manic Monday” and the Beatlesque theme to Tom Hanks’ 1995 film “That Thing You Do!” The latter was performed in tribute to the song’s writer, Adam Schlesinger, who passed away from COVID-19 complications in April.
A press release said, “While the project’s inspiration was solemn at times, these songs are here to uplift. Home-recorded though it may be, ‘No Fun Mondays’ is as revved-up as any of Green Day’s arena-ready anthems, a masterclass in punky power-pop from a true connoisseur of the form.”
Green Day will embark on a nearly sold-out global stadium tour with Fall Out Boy and Weezer next summer. The “Hella Mega Tour” presented by Harley-Davidson kicks off June 9 in Vienna, Austria, and will visit cities throughout Europe, the U.K. and North America. Additionally, Green Day will perform a series of solo shows. Click here for all dates.
Green Day released their 13th studio album earlier this year via Reprise/Warner Records. It debuted at No. 1 on the U.K. albums chart while also hitting No. 1 on the Billboard top rock albums and No. 4 on the Billboard 200, resulting in the band’s 11th U.S. Top 10 album.
Billie Joe Armstron, guitar, vocals 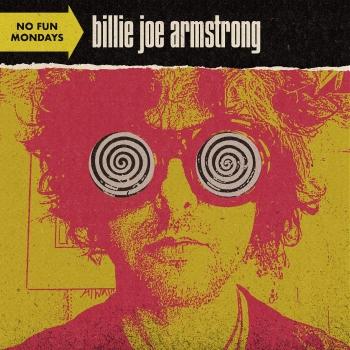 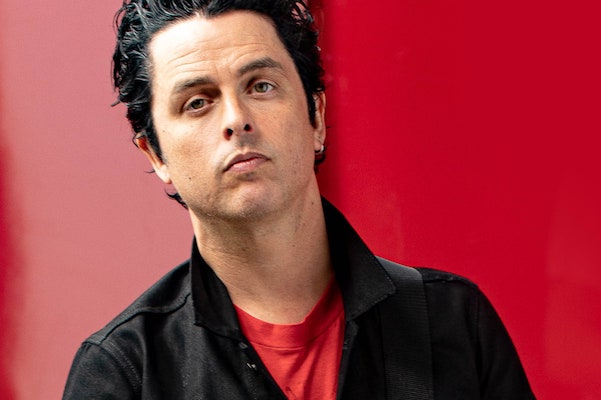 Billie Joe Armstrong
Billie Joe Armstrong (guitar, vocals) received slings and arrows from obstinate punk fans when his band Green Day leapt from the underground and onto MTV in 1994. Born on February 17, 1972, in Berkeley, California, Armstrong is the youngest of six children; his father died from lung cancer when he was only ten. Armstrong formed Sweet Children in 1987 with bassist Mike Dirnt. The group's name became Green Day in 1989, and Al Sobrante (drums) joined the band, eventually replaced by Tre Cool. Green Day's first two albums, 39/Smooth and Kerplunk!, solidified their place in the Southern California punk scene of the early '90s. However, when 1994's Dookie was released on a major label and sold more than eight million copies, Green Day were accused of selling out. Armstrong married his girlfriend Adrienne Nesser in June 1994; nearly a year later their first child, Joseph Marcicano, was born. With each Green Day album, Armstrong continued to ignore the criticisms of the group's early fans as the band proceeded to strengthen its status within the mainstream, culminating in 2004's American Idiot, a rock opera that became a surprise international success, a multi-platinum Grammy winner, and the best reviewed album of the band's career. Outside of Green Day, Armstrong teamed with jazz singer and pianist Norah Jones in a project to re-create the classic 1958 Everly Brothers album Songs Our Daddy Taught Us. Recorded in nine days with bassist Tim Luntzel and drummer Dan Rieser, Foreverly was released in 2013. (Michael Sutton, AMG)