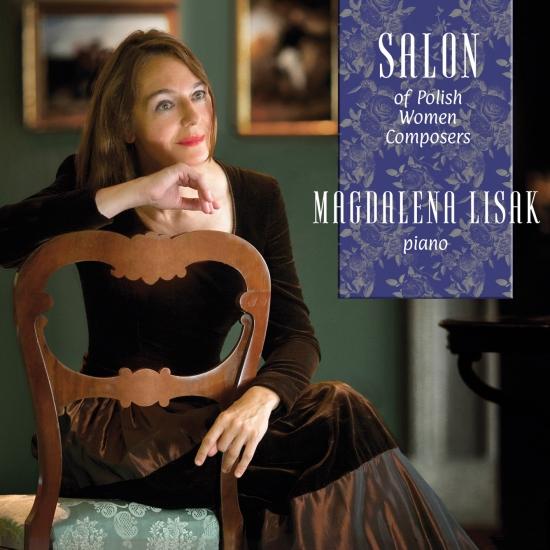 Info for The Salon of Polish Women Composers

The emergence of salons is considered by sociologists as a key aspect of the revolution from which modern culture was to arise. Proust describes, for instance, the salon of Mme Verdurin. Salons were something more than merely a meeting place for the ‘society’.
Today we would call them institutions operating in the art market. It was in salons that new works were commented upon, artists – judged, and leading trends in music were established. Salons run by women played a special role in the 19th century. One of these was the Petersburg salon maintained in 1827–31 by the famous Polish artist Maria Szymanowska, official court pianist to the Tsarinas Maria Feodorovna and Yelisaveta Alexeievna of Russia. [...] Three years after Maria Szymanowska’s death (or a bit earlier) another woman artist was born in Mława (Mazovia region). It was Tekla Bądarzewska, author of more than a dozen piano miniatures, who gained fame with her Maiden’s Prayer, published in Warsaw in 1856 with the subheading “a melody for piano”. [...] In the year of the composition of The Maiden’s Prayer, a would-be mistress of the piano was born in Warsaw – Natalia Janotha, who followed in Szymanowska’s footsteps, giving concerts worldwide and collecting the titles of court pianist. [...] Neither the name of Leokadia Myszyńska-Wojciechowska nor that of Helena Krzyżanowska, nearly ten years her junior, can be found in course books of Polish music history – though they well deserve a place in such publications…
The albumD has been recorded on Pleyel piano, built in 1842 in Paris, renovated in 2010.
Magdalena Lisak, piano 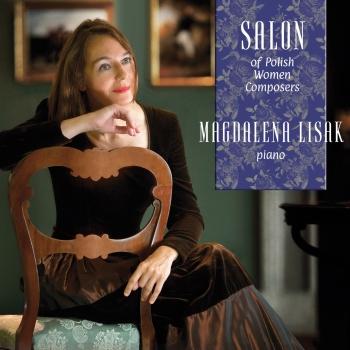 The Salon of Polish Women Composers 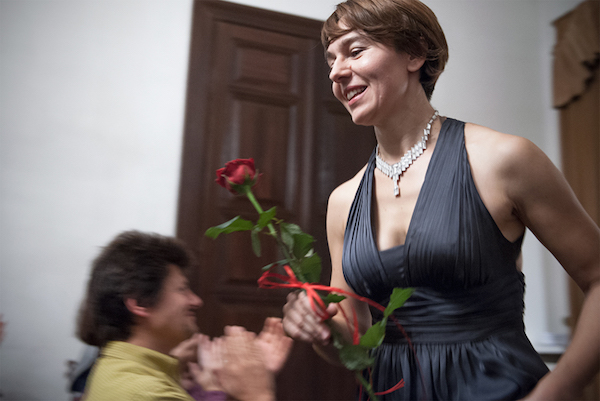 Magdalena Lisak
Born in Katowice, the pianist Magdalena Lisak is carrying on a family musical tradition. Since a very early age, she has been winning top prizes in national and international competitions. In 1994, she graduated with distinction from the piano class of Professor Andrzej Jasiński at the Karol Szymanowski Music Academy in Katowice. In that same year, after reaching the semi-final of the Géza Anda Competition in Zurich, she was awarded a private grant to continue her studies at the Zurich Conservatory under Homero Francesch. One of her most valuable experiences was a course at the Basle Music Academy, from 1996 to 1998, under Krystian Zimerman. She has also honed her skills in masterclasses given by Victor Merzhanov and Leon Fleisher, an in chamber music with members of Amadeus Quartet.
Sixth Prize in the Thirteenth International Fryderyk Chopin Piano Competition in Warsaw in 1995 opened the door for Magdalena Lisak to such prestigious concert halls as Hitomi Memorial Hall in Tokyo, Stadt-Casino in Basle, Rudolfinum in Prague and National Philharmonic in Warsaw. She has also taken part in Chopin festivals in Duszniki, Nohant- La Châtre, Mariánské Láznê, Ghent, Geneva and Warsaw [“Chopin And His Europe”]. Her interpretations have been recorded for Deutsche Rundfunk, Radio Suisse Romande, Polish Radio and Telewizja Polska, and also on CD for DUX, Polskie Radio S.A., Polskie Radio Katowice and CD Accord.
Invited by National Fryderyk Chopin Institute in Warsaw she has performed and recorded the works of F. Chopin on historical instrument Erard, among others Fantaisie on Polish Airs op. 13 with ensemble Il Giardino Armonico under Giovanni Antonini and the solo works in the CD series “The Real Chopin”
She regularly gives recitals, as well as concerts with orchestra and chamber ensembles in Poland, other parts of Europe, the USA, Canada, Japan, China and Brasil. She is fascinated by the variety of music trends in the 20th century. In 2000, she performed György Ligeti’s Etudes for the composer, who rated her interpretation highly. She has given premiere performances in a number of festivals: the Silesian Days of Contemporary Music in Katowice, the International Cracow Composers’ Festival, International Festival Laboratory of Contemporary Music in Warsaw and Bialystok, and the Warsaw Autumn. She has performed as a soloist with such conductors as Kazimierz Kord, Tadeusz Strugała, Tomasz Bugaj, Mirosław Jacek Błaszczyk, Jerzy Salwarowski, Massimiliano Caldi, Agnieszka Duczmal, Jacques Mercier and Reinbert de Leeuw. She has toured the UK twice: in 2005 with The European Union Chamber Orchestra and in 2006 with the Toruń Chamber Orchestra.
She pursues various artistic projects under the ægis of the Silesian Music Society, of which she is founder and chair. Her teaching work includes masterclasses at the Showa Academia Musicae in Tokyo, lectures at Japanese institutions of higher artistic education and a DVD recording of works for children and youngsters as part of the series of didactic releases: The piano. General Method. In addition, she has sat on the jury of the International Chopin Piano Competition in Asia [2010, 2011, 2012] and the Qualification Committee of the Fifteenth International Fryderyk Chopin Piano Competition in Warsaw. Currently she is Assistant Professor at Karol Szymanowski Music Academy in Katowice, where she achieved the doctorate in Arts.

Booklet for The Salon of Polish Women Composers