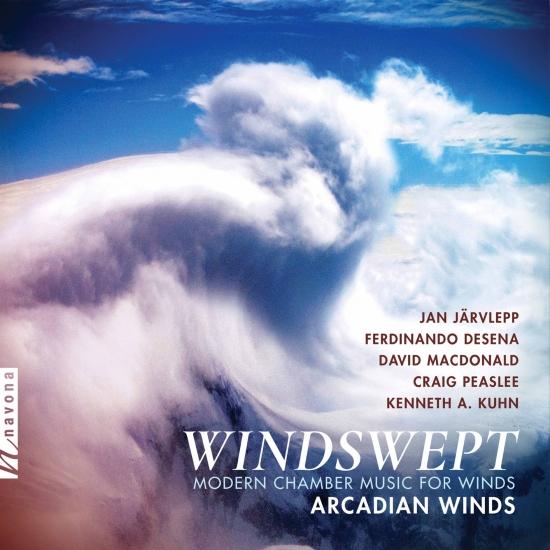 Throughout Navona Records’ WINDSWEPT, the wind quintet makes up the characters of collective stories written by five unique composers. In each piece, the Boston-based Arcadian Winds project a storytelling experience that is joyful, moving, and meaningful to hear.
The three-movement Woodwind Quintet by Canadian composer Jan Järvlepp starts off WINDSWEPT. The first movement, “Rollercoaster," invokes a childlike whimsy with a noticeable pop influence. This is followed by “Solitude," a more mature and romantic movement of music. Woodwind Quintet concludes with “Pyrotechnics," a piece rooted in texture. The quintet creates a fury of beautiful sounds that fall and shimmer like freshly burst fireworks, bringing the whole piece to a star-studded finale.
Sonorous Earth, written by Miami composer Ferdinando DeSena, offers a down-to-earth, stable tone. While offering no less lyricism in his compositions, DeSena’s storytelling is built from his ability to interweave these instruments in the lower tonal register. Stumpery, the third piece, is also based on this very concept of interwoven melodies. Composed by David MacDonald, the inspiration behind the piece is the complex network of a stumpery, or a type of garden in which the roots of trees tangle around one another. While the roots are represented by the linear melodies of the instruments, MacDonald establishes a unique ambient sound incorporating reverberations of the instruments, emphasizing the space left by the tendrils of the roots.
Dirge & Second Line by Craig Peaslee experiments with the dictation of the New Orleans jazz style. Using a classical chamber ensemble, he juxtaposes some of the intricacies of classical notation with the loose, laid-back energies of the jazz music he works with. Concluding the album, Kenneth Kuhn’s Variations on a Commoner Theme, No. 1 builds a musical story of the quest of a theme in the lowest class of musical hierarchy seeking to become noble. The wind quintet chronicles the various attempts via varying personalities of tempo, key change, and tone. The mood and melody start from the lowest class, build themselves up with grandiose ambitions, and after a fall into despair, level out in the final measures in a noble atmosphere of bright, optimistic acceptance.
Vanessa Holroyd, flute
Rane Moore, clarinet
Janet Underhill, bassoon
Vanessa Holroyd, alto flute
Rane Moore, bass clarinet
Janet Underhill, contra bassoon
Jennifer Slowik, oboe 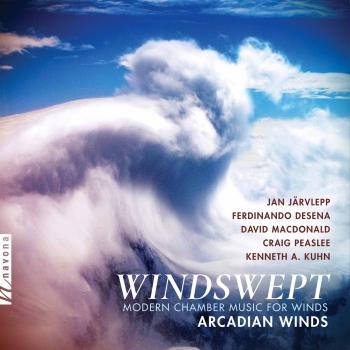