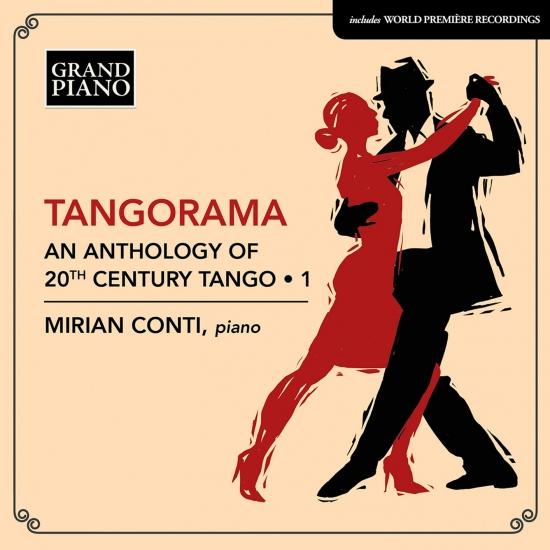 Info for Tangorama: An Anthology of 20th Century Tango, Vol. 1

This panoramic survey of Argentine tangos shows the genre in all its rich variety of moods and virtuosity. It salutes Angel Villoldo, the father of tango, whose El choclo (The Corncob) is one of the most famous tangos of all time, and charts the musics evolution towards the romanticism and lush harmonies of Augustín Bardi. Improvisatory styles, syncopation and jazz harmonies were introduced by such great composers as José Pascual and Orlando Goñi, whilst Enrique Francini developed his personal qualities of dissonance and rhythmic flair into the 1960s. This survey is the first in a series that will document around one hundred rare and classic tangos, all performed by the Argentine pianist Mirian Conti.
Mirian Conti, piano 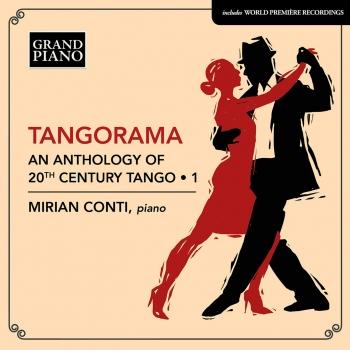 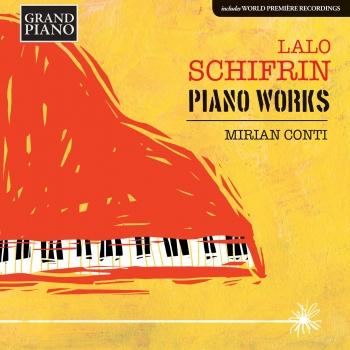 Mirian Conti
Argentine/ American pianist Mirian Conti, based in New York City, enjoys a growing reputation as a musician whose performances combine technical brilliance with striking originality and artistic insight. Stylistically assured in a wide range of repertoire, Ms. Conti’s prolific recording output and international concerts have garnered praise and awards. In recognition of her extraordinary talent, a scholarship honoring Mirian Conti was established at The Juilliard School by the Edwin Bachman Estate. In addition, she was selected as one of the “100 Outstanding Alumni” to celebrate The Juilliard School's Centennial in 2005-6. She was a Scholarship student of Richard Fabre and Josef Raieff and graduated from the School with a BM and MM. Other teachers include Genny Blech, Freda Rosenblatt and Byron Janis.
Her CDs on the Koch International label Danzas Fantasticas(KIC-CD-7663) and Ernesto Halffter: Sonatina (KIC-CD-7751) have been praised by Gramophone, as has her Looking South (Troy 837) recording on Albany, attracting airplay on major classical radios stations in the U.S. and internationally. She has also recorded works by American and Spanish composers, including Katherine Hoover, Phillip Ramey, Michael White, Samuel Zyman, Morton Gould, Vincent Persichetti, Joaquin Turina, James Cohn, David Diamond and Ernest Bloch for Toccata Classics, Island, XLNT and Parnassus Records. Her CD on Toccata Classics, Music of Benjamin Lees 1947-2005 (TOCC 0069) received an award for best recording of piano contemporary music by International Piano Magazine (U.K.) in 2008. She has also recorded Bach, Mozart, Beethoven and Schumann for Towerhill (TH 71994). Other recordings on the Steinway & Sons label (recorded between 2010 and 2014) are the complete Chopin Mazurkas (CD 3003). The Fanfare magazine review of the CD says, “Conti brings all these pieces to life with a spirit of fantasy and imagination that is totally endearing…Conti’s mazurkas rest beside splendid complete sets in my collection by Vladimir Ashkenazy, Alexander Brailowsky, and Alexander Uninsky”. Also on the Steinway & Sons label: Nostalgias Argentinas (2012) and Panorama Argentino (2014). Her latest recording with Albany records "Children's world" has been praised for its original selection fo composers and works about children.
Mirian Conti has appeared worldwide as soloist and with many orchestras, in Europe, Asia, Africa, South and Central America, Canada and throughout the U.S. She has made solo, orchestral and chamber appearances at Alice Tully Hall, Merkin Concert Hall, Weill Recital Hall at Carnegie Hall in New York, Los Angeles’ Dorothy Chandler Pavilion, and has performed at numerous concert halls throughout the world, including the Teatro Colón in her native Argentina. She has appeared in Poland, Latvia, Morocco, Spain, France, Puerto Rico, Italy, Montenegro, Colombia, Ecuador, Mexico, and many cities in China.
Her lecture-recitals and masterclasses on the music of Spain have been presented at Oberlin College, Manhattan School of Music, Eastman School of Music, Tulane University, William Paterson College and at the National Conservatory López Buchardo in Buenos Aires and the Simar Festival in Cali, Colombia, as well as the central conservatories in Beijing and Dalian (China). Committed to promoting the classical piano literature of Latin America, Spain and the U.S., Mirian Conti has been organizing competitions, directing festivals and promoting careers of promising young musicians through master classes and special prizes, and has been an active as a board member of several renowned musical organizations. She is the Artistic Director and Founder of the I Certamen Musical Rioplatense, a competition for musicians of Argentina and Uruguay which took place in Buenos Aires. She has also created and directed the New York City International Tango Competition for professional musicians in New York and Teachers del Norte-Pianists del Sur, an international exchange between Argentina and the U.S. (2008 and 2012) under the auspices of the American Embassy in Buenos Aires. She is also the creator and director of 5 @ 5 at DiMenna, and of 6 @ 6 at Yamaha,an international solo piano concert series devoted to featuring the finest Concert Pianists around the world. Last July, Grandes Maestros Argentinos , under Mirian Conti's direction, was presented for the first time in Argentina, where 16 Distinguished Argentine Piano masters gave Masterclasses to 35 young students.

Booklet for Tangorama: An Anthology of 20th Century Tango, Vol. 1