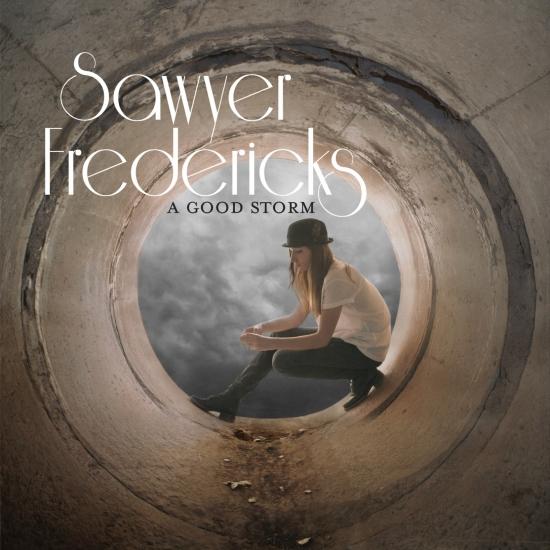 Info for A Good Storm (Remaster)

One of The Voice’s youngest winners ever, Sawyer Fredericks full-length debut album A „Good Storm“ is now availabel.
Immediately after winning “The Voice,” Fredericks began writing and co-writing songs for an album (the competition’s prize includes a record contract with Republic). He worked with a handful of producers on the record, “A Good Storm,” which comes out Friday. Fredericks honed his singing chops busking around upstate New York as a kid and playing open mics. So collaborating on songwriting was a new experience.
“The co-writing was difficult, just because it’s sharing something that’s personal to me,” he said. “It was a little out of my comfort zone.”
His dexterous voice and his throwback acoustic blues style lend themselves to the kinds of hard-bitten Americana songs that helped Fredericks distinguish himself on “The Voice.” And the new single “4 Pockets” follows suit. At 17, he hasn’t gone through much of the heartbreak and hard times that those songs tend to narrate, but a creative empathy brings him into them.
“I’m not able to relate to them in that I’ve experienced all that stuff,” Fredericks said. “I haven’t. I’m too young. But I can connect with them through imagination and feeling what this kind of person would be going through.”
As he’s adjusting to the touring musician’s life on his solo tour, Fredericks is playing all 10 songs from the new album in a mixed set of solo acoustic numbers and songs with a three-man backing band. His “Voice” competitor, sometime duet partner and Pharrell teammate Mia Z will open the Belly Up show. She also guests on the song “Stranger” on the new album.
Sawyer Fredericks, vocals, guitar 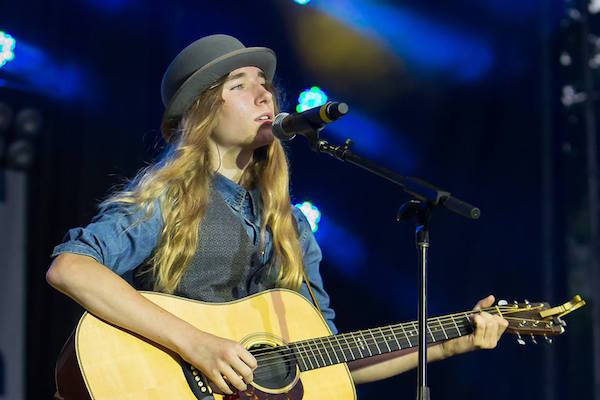 Sawyer Fredericks
has certainly come a long way from the 88-acre Upstate New York farm where he grew up. However, home is still a big part of his soulful, contemporary folk sound.
“That’s where I started playing guitar,” he says. “It was so much fun growing up there. There was a lot of open space, and I was able to be around animals. Nature really inspired me. I feel like it gave me a different musical perspective.”
His stark honesty and soulful delivery turned him into a national phenomenon during the eighth season of NBC’s Emmy Award®-winning The Voice. As part of “Team Pharrell,” he emerged as the “youngest victor in the show’s history” at just 16-years-old. Moreover, he made Voice history, becoming “the first artist to land 14 songs in the iTunes Overall Top 200 Songs Chart in one week.” All in all, his digital sales exceeded 1 million cumulative singles, making him one of the show’s most successful artists ever. Most importantly, Sawyer’s time on The Voice taught him quite a few things.
“I learned so much,” he says. “It was incredible to be around that many artists and see so much talent. I took it all in. Getting to perform on that stage was amazing. I also remember Pharrell gave me a piece of advice that I’ll never forget. He said, ‘Stay true to yourself.’”
That’s what Sawyer does on his self-titled debut EP for Republic Records. Led by the striking and soulful first single “Take It All,” the four-song collection introduces his singular style.
“The process of co-writing was new for me,” he says. “Learning to create a more upbeat song and work with someone else was a great learning experience. Lyrically, it’s a love song about a guy who’s at the end of his rope, and this woman has lifted him up.”
Elsewhere on the EP, “Lovers Still Alone” sees his voice take the spotlight over a rich sonic backdrop. “I got to work with a full band in the studio, and it came out really nicely,” he goes on. “It’s about a person who’s with someone, but the significant other is not really acknowledging them or loving them. I think everyone’s been through that kind of one-sided relationship.”
Ultimately, Sawyer forges a true connection between his roots and his passion for music that has lead him to where he is today “I want the lyrics and music to connect to the audience,” he leaves off. “I just hope they feel when they hear me.”