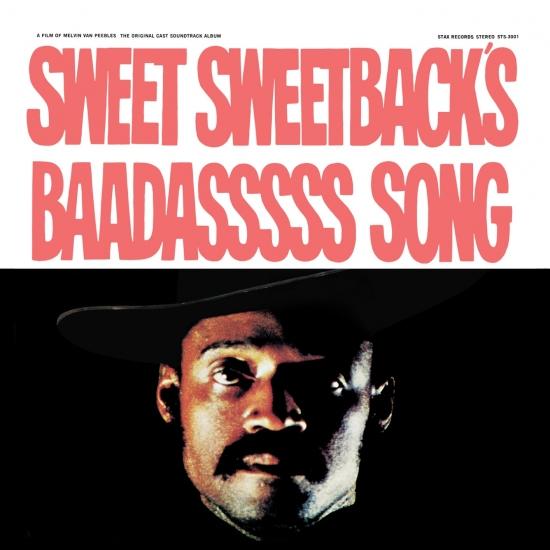 Melvin Van Peebles (aka Brer Soul) with Earth, Wind & Fire: Sweetback’s Theme. Stax Records, an imprint of Concord Music Group and its Catalog Division, Craft Recordings, is pleased to announce the reissue of one of its most provocative titles: Melvin Van Peebles' Sweet Sweetback's Baadasssss Song. Consistently hailed as a landmark, genre-defining album, this 1971 soundtrack -- performed by a then-unknown Earth, Wind & Fire with contributions by Van Peebles -- will be made available on May 26th for the very first time in HiResAudio. Remastered from the original analog tapes.
Trailblazing writer, director, actor and composer Melvin Van Peebles was financially and creatively responsible for the entire production of Sweet Sweetback's Baadasssss Song. Van Peebles not only directed, scripted, and edited the film, but also wrote the score and directed the marketing campaign. The film, which in the end grossed more than $10 million (the highest ever for an independent film at the time), was acclaimed for its political resonance with the black struggle. In his liner notes, Jeff Weiss notes, "For all the resistance mounting in the streets, no black director had yet made a film that captured the spirit of rebellion, frustration and the refusal to accept injustice. Van Peebles alchemized Malcolm X, Iceberg Slim and Soul on Ice with Huey Newton, Gil-Scott Heron and the French New Wave. Badass cinema was born." The Black Panthers made the film required viewing. And despite the fact that few theaters would screen the X-rated film, the soundtrack helped to market the film to the masses, through radio waves and word of mouth. The success of the film proved to be a genre-defining moment, giving birth to Blaxploitation, and opening the doors for films like Shaft and Super Fly.
The soundtrack features a combination of hymn-based vocalization and jazz rhythms, capturing the funky, gritty and soulful spirit of the time, and foreshadowing the use of sampling that would occur in hip hop music, some 20 years later. Weiss adds, "The soundtrack operates like a surrealist Mobius strip comprised of call-and-response chants against the man...It's as avant-garde as the film's kinetic mix of psychedelic jump cuts and dream-like sequences. The music becomes a character itself, unseen but forcefully heard."
The reissue of Sweet Sweetback's Baadasssss Song is part of a wider, year-long initiative, celebrating Stax Records' 60th anniversary. The cross-label collaboration between Concord Music Group and Rhino Entertainment will highlight the hits, deep cuts and rare tracks from the Memphis label's heyday of the '60s and '70s.
„Melvin Van Peebles' Sweet Sweetback's Baadasssss Song was an important film that paved the way for black filmmakers in American cinema in general, and in the 1970s blaxploitation genre in particular. Van Peebles hasn't been nearly as well known as a musician as he has a filmmaker, but he did compose the soundtrack, which was performed by Earth, Wind & Fire, who had then just released their first album. Heard on its own, the soundtrack, unlike Superfly or Shaft, is not a significant musical achievement. It's serviceable period funk-soul, both instrumental and vocal, sprinkled with some dialog from the film, although it did make number 13 on the soul album charts. "Hoppin' John" is an obvious James Brown-inspired tune, though sung with considerably less heat than Brown himself would have mustered. "Come On Feet Do Your Thing" is the cut most like Van Peebles' pre-rap excursions on A&M Records, which is unsurprising, as he had already recorded it on his A&M album Ain't Supposed to Die a Natural Death. Sweet Sweetback's has been reissued as one disc of the two-CD release The Melvin Van Peebles Collection, which also includes the 1972 original cast recording of Don't Play Us Cheap, the Broadway production (originally a film) that Van Peebles staged, and for which he also composed the music.“ (Richie Unterberger, AMG)
Digitally remastered 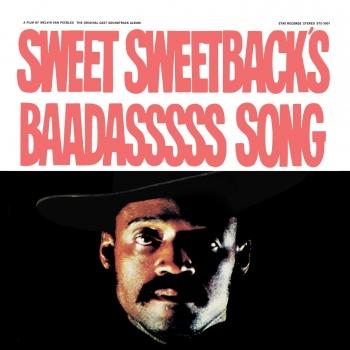 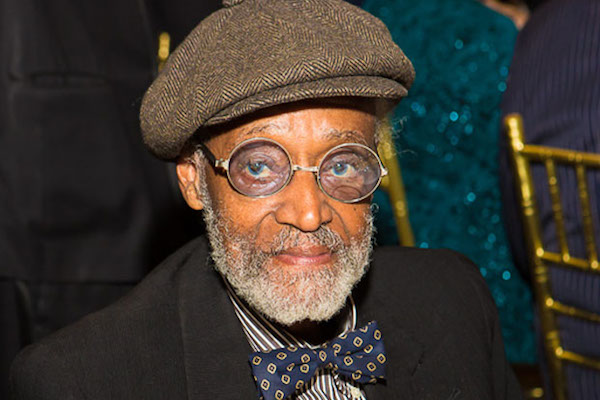 Melvin Van Peebles
Filmmaker, author, and actor Melvin Van Peebles was born on August 21, 1932, in Chicago, Illinois. Growing up during World War II, he spent his adolescence with his father, a tailor. Van Peebles graduated from Township High School in Phoenix, Illinois, in 1949 and spent a year at West Virginia State College before transferring to Ohio Wesleyan University where he earned his B.A. degree in English literature in 1953.
During the late 1950s, Van Peebles served three and a half years as a flight navigator in the United States Air Force. After the military, he lived briefly in Mexico and San Francisco where he wrote his first book, The Big Heart, which was about the life of San Francisco’s cable cars and their drivers. Moving to the Netherlands, he studied at the Dutch National Theatre before moving to France in the early 1960s. During this time, Van Peebles wrote several published novels in French, including La Permission in 1967. He filmed this story under the title, The Story of the Three-Day Pass, and it was selected as the French entry in the 1968 San Francisco Film Festival. It earned critical acclaim, which helped him obtain a studio contract with Columbia Pictures. In 1969, Van Peebles returned to the U.S. to direct and score his first Hollywood film Watermelon Man. The film was released in 1970, followed by his independent feature Sweet Sweetback’s Baadasssss Song, probably his best known work. Some of his other films include Don’t Play Us Cheap in 1973, Identity Crisis in 1989, Gang in Blue in 1996 and Le Conte du ventre plein in 2000.
As a playwright and composer, Van Peebles wrote two Broadway hit plays: Ain’t Supposed to Die a Natural Death in 1971 and Don’t Play Us Cheap in 1972, for which he earned a Tony Award nomination. As an actor, Van Peebles has appeared in several films including Robert Altman’s O.C. and Stiggs in 1987 and Mario Van Peebles’ Panther in 1995, which he also wrote and co-produced. In 2005, Van Peebles was the subject of a documentary entitled How to Eat Your Watermelon in White Company (and Enjoy It). He has been honored with numerous awards, including a Grammy and a Drama Desk Award. He received the Children’s Live-Action Humanitas Prize for The Day They Came to Arrest the Book in 1987, and in 1999, he was awarded the Chicago Underground Film Festival’s Lifetime Achievement Award.
Van Peebles resides in New York City.