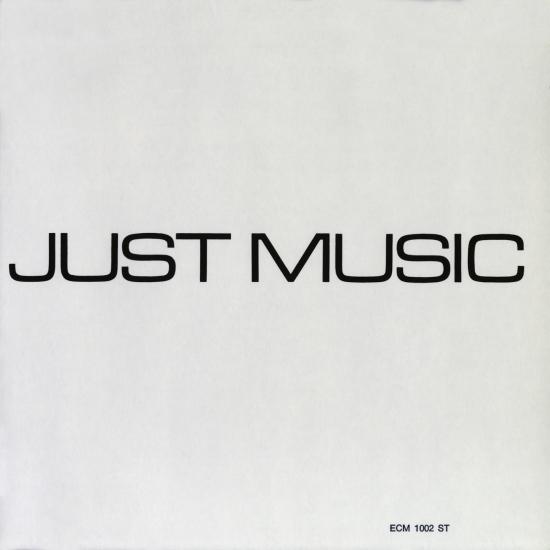 Just Music was the moniker for a rotating West German collective whose musical “happenings” were a nascent challenge to mainstream sociopolitical strictures. Although the classical training of these musicians is readily apparent from their technical prowess, the opening outburst tells us we’re in for something less rule-bound. Alfred Harth tears the ether with his sax amid wordless chanting as a cornucopia of musical ideas is thrown into our ears. That said, these two 20-minute free-for-alls weave a quietude broken only by the occasional peak of intensity.
Released in 1969, this self-titled date was the second for ECM Records and is still out of print. It remains a veritable zoo of musical languages in which each dialect is its own animal: caricature of an impossible ideal. Sax and trombone roar like elephants; the flute is a bird that would just as soon go into feathery convulsions as fly; the cellos are reptilian; the bass lumbers like a lion from its den; drums trip over themselves like a drowsy bear; and a guitar chatters with the insistence of an agitated monkey. This leaves only the human voices, a mockery in and of themselves. Just Music flips through a mental file of everything learned at the academy, scribbling in addendums of extended techniques for good measure. Where one moment finds us in our comfort zones, the next proves our power of direction to be fallible, forcing us to wander everyday streets as if for the first time.
I hesitate to call this controlled chaos, for it is no less illustrative of the chaos of control. We may not understand what we have just witnessed, but can’t help sifting through the wreckage with curiosity.
Peter Stock, bass
Franz Volhard, cello
Thomas Stöwsand, cello, flute
Johannes Krämer, guitar
Thomas Cremer, percussion, clarinet
Alfred Harth, tenor saxophone, clarinet, trumpet
Dieter Herrmann, trombone
Recorded on December 13, 1969 at the Nettekoven Studios, Frankfurt am Main
Produced by Just Music and Manfred Eicher
Digitally remastered 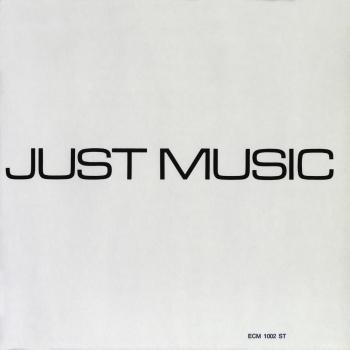 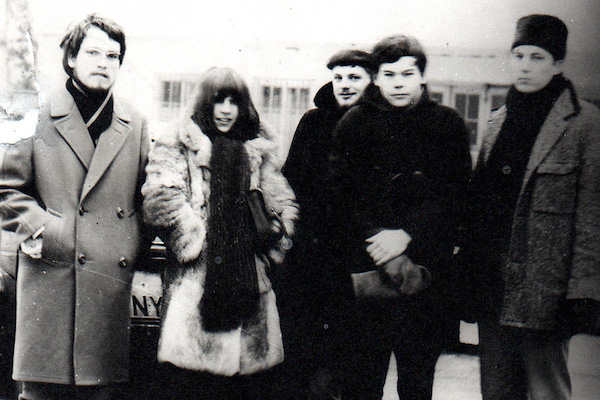 Just Music
were a West German avant-garde music ensemble, an interchangeable collective of classically trained instrumentalists founded at the centrum freier cunst, Frankfurt/Main in 1967 by multi-instrumentalist Alfred Harth. An inherent anti-commercial bias kept them at arm's length from the mainstream music business, enabling them to experiment at will. "Ein Modell fuer annaehernd herrschaftsfreie Kommunikation und Interaktion" (Flyer, March 1969). Just Music changed their name several times depending on the context.
Peter Stock
founding member of Alfred Harth’s legendary formation Just Music, has played with a long list of musicians including a number of famous names such as Lester Bowie, Albert Mangelsdorf, Roscoe Mitchel, Paul Rutherford or Manfred Schoof.
His new trio with drummer Kuno Wagner and saxophonist Ingo Weiß delivers improvised electro-acoustic music rooted in the tradition of European Free Jazz. Communication, improvisation, sound, chance and interaction are terms which define the trio's work. They create musical structures which invite the listener to challenge the established rules and to question their listening habits whereby allowing doors to be opened to a new musical perception.