Party Of One George Thorogood 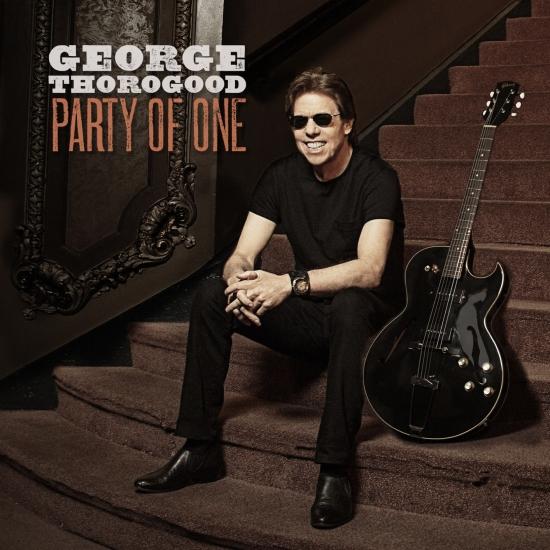 Info for Party Of One 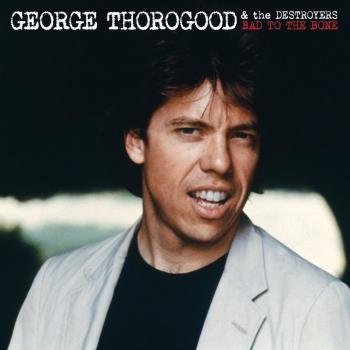 Bad to the Bone (Remastered) 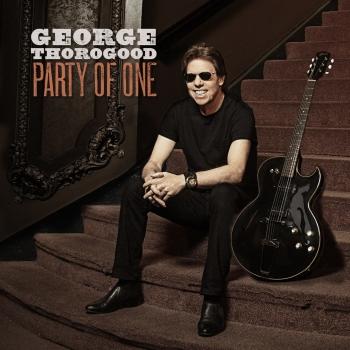 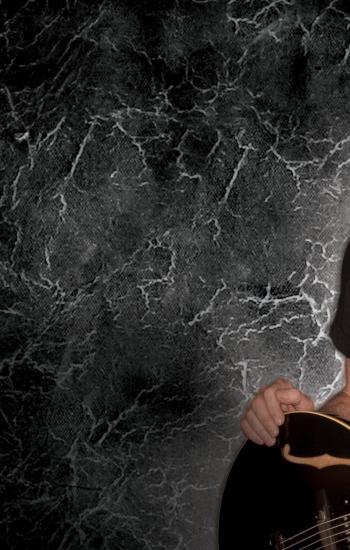 George Thorogood
In 1973, a barely-out-of-his-teens Wilmington guitarist piled his gear into the drummer’s Chevy van to play their very first gig at a University of Delaware dorm. More than 4 decades, over 8,000 live shows, and some 15 million albums sold worldwide later, that same maverick guitar-slinger is still making electrifying music, still thrilling audiences, and still the most bad-to-the-bone performer in rock.
It’s 2016, and George Thorogood & The Destroyers are Badder Than Ever.
For George and his longtime band – Jeff Simon (drums, percussion), Bill Blough (bass guitar), Jim Suhler (rhythm guitar) and Buddy Leach (saxophone) – their new Badder Than Ever Tour is indestructible proof that staying true to yourself and the music can still mean something. And with a catalog of classics that includes “Who Do You Love”, “I Drink Alone”, “One Bourbon, One Scotch, One Beer”, “Move It On Over”, “Bad To The Bone” and more, being able to share it with audiences is what will always matter.
“When I was 16, I was going to school and playing Little League but nothing felt comfortable to me,” George says. “The first moment I picked up the guitar, it felt so right that it almost scared me. The fact that I couldn’t sing, play or write a song didn’t matter. I’d learn to do all that soon enough. But by having a knack for this thing and feeling relaxed doing it, I knew I was halfway home. I love to perform live, and I’m lucky to be able to do it on a level that our music and reputation have taken us to. To this day, I consider my job description to be ‘live rock performer’.”
Surprisingly, Thorogood began his career as a solo acoustic act. “I was more of a Robert Johnson/Elmore James type country-blues player,” he explains. “I wasn’t very good at it, but I’d gotten enough feedback from artists like Brownie McGhee and Willie Dixon who thought I had something going. But I knew I needed more.” George called high-school friend and drummer Jeff Simon, and with the addition of a bass player – as well as Jeff’s van – the electric trio soon graduated from basement rehearsals to local gigs. “We knew there was still time for one supercharged boogie-blues combo to make it. We relocated to Boston, and toured New England and the Delaware Valley non-stop. Crowds loved us. The acts we were opening for, like Muddy Waters and Howlin’ Wolf, loved us. We were playing great, but still couldn’t get a record deal. Back then, a band without a record deal was like an actor without a SAG card. We couldn’t earn more than $200 a night.”
As Big Bill Broonzy said, the blues is a natural fact. If you don’t live it, you don’t have it. “1974 to 1977 was rough,” George remembers. “Everything seemed stacked against us. We were always getting ripped off, our gear got stolen, our rent was doubled and we were evicted from our band house.” By this time, Bill Blough had joined The Destroyers on bass and the band signed a deal with the Cambridge-based independent bluegrass label Rounder Records. “But the album sat on the shelf for 18 months. And the day it was finally released,” George says with a laugh, “was the day Elvis died.”
Nevertheless, that self-titled and now-classic debut would soon be certified Gold. And for audiences and radio alike, the band instantly embodied – and continues to define – powerhouse rock with bar band roots, unchained attitude and a fierce love of its country, blues and R&B history. Over the course of sixteen studio albums (including six Gold and two Platinum discs), they would storm the charts by putting their own stamp on nuggets by Hank Williams, Bo Diddley, Chuck Berry, John Lee Hooker, Elmore James and more, while simultaneously delivering hit GT originals that crackle with humor and swagger. “I’ve always balanced one against the other,” George explains, “and I follow my heart as far as what I can do. You don’t ask Woody Allen to make a western and you can’t expect Clint Eastwood to do Shakespeare. You find what you’re good at and stick to it. Let’s face it; ‘Get A Haircut’ isn’t a song for Carly Simon. It’s for Thorogood.” As for his signature certified classic “Bad To The Bone”, George knows the simple truth of his definitive badass anthem. “It’s the ultimate fantasy of the cool tough guy,” he says. “I wrote ‘Bad To The Bone’ to perform it live for the rest of my life.”
In fact, ask anyone who’s seen a GT&D performance – from that first show at Lane Hall, through legendary appearances on SNL and Live Aid, the opening slot on the Rolling Stones historic ’81 tour, their own record-breaking 50/50 tour, or any of their current 100+ shows per year – and it’s ferociously clear that the band’s reputation as worldwide road warriors remains untouchable. “When we play, whether it’s a great old theater, a shiny new casino, an outdoor festival, wherever, we have fun on stage. We give the fans a great show. Most of all, we’re making a living doing what we love and people love what we're doing.”
Ultimately, the 2016 Badder Than Ever tour is 50% celebration, 50% declaration and 100% Thorogood throwdown. But after 4-plus decades as one of the most consistent – and consistently unique – careers in rock, can a guitar-slinger still at the top of his game choose a moment that brings it all home? “Stan Musial was once asked, ‘What was the greatest day of your career?’ And Stan said ‘Every day when I walk onto the field is the greatest day.’ I feel the same way,” George says. “Every night when I walk out on that stage is the highlight of my career. I hit that first chord, the band kicks in, and we hear the audience respond. That’s the rush. Over 40 years into this, and every night that's still the only moment that matters.”

Booklet for Party Of One